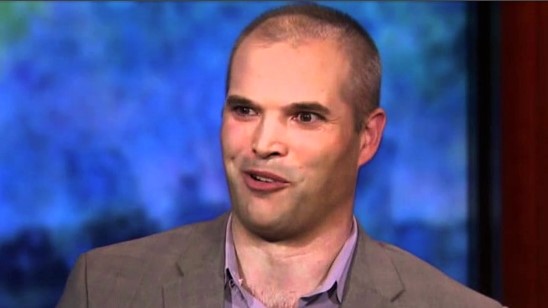 It was inevitable that Rolling Stone writer Matt Taibbi would be among the harshest commenters on the death of Fox News founder Roger Ailes. It’s hard to forget his vicious take on "The 52 Funniest Things About the Upcoming Death of the Pope."

His Ailes piece was headlined “Roger Ailes Was One of the Worst Americans Ever: Fox News founder made this the hate-filled, moronic country it is today.”

Ailes has no one but his fast-stiffening self to blame for this treatment. He is on the short list of people most responsible for modern America's vicious and bloodthirsty character.

We are a hate-filled, paranoid, untrusting, book-dumb and bilious people whose chief source of recreation is slinging insults and threats at each other online, and we're that way in large part because of the hyper-divisive media environment he discovered.

Ailes was the Christopher Columbus of hate.

One of the first delusional traits of leftists is to imagine there the media environment wasn’t “hyper-divisive” before Fox News began. They maintained the pretense that everyone loved a unanimously liberal news media, but that was obviously not the case. It would be smarted to say the “hyper-divisive media environment” started with the hippies in the Sixties, the ones who turned on their parents as atrocious war-mongering squares.

Taibbi was also delusional enough to decry invective, which he should realize is his specialty, his calling card: “invective, like drugs or tobacco or any other addictive property, is a product of diminishing returns.” Then he returned to the common leftist delusion in discussing modern media history, that the media was never “politicized” until Fox News started it.

So when he created Fox, he merged his expertise from those two worlds, mixing entertainment and political stagecraft.

The effect was to politicize the media, a characteristic of banana republics everywhere. When Ailes decided to cordon off Republican audiences and craft news programming targeted specifically to them, he began the process of atomizing the entire media landscape into political fiefdoms – Fox for the right, MSNBC for the left, etc.

In this Taibbi fantasy, Rolling Stone was never a political fiefdom for hippie leftists and drug-crazed Hunter Thompson fanatics, which later aged into a sort of baby-boomer Tiger Beat for Clinton and Gore, Kerry and Obama (combined with Taibbi slashing the Republicans as monsters like Ailes). Instead, all political fear and loathing came from Fox:

And when Ailes died this morning, he left an America perfectly in his image, frightened out of its mind and pouring its money hand over fist into television companies, who are gleefully selling the unraveling of our political system as an entertainment product.

The extent to which we hate and fear each other now – that's not any one person's fault. But no one person was more at fault than Roger Ailes. He never had a soul to sell, so he sold ours. It may take 50 years or a century for us to recover. Even dictators rarely have that kind of impact. Enjoy the next life, you monster.

​Taibbi has a problem with the media getting nice when someone dies: "Celebrating the dead is the schlockiest form of worship, and they have a limitless appetite for it."