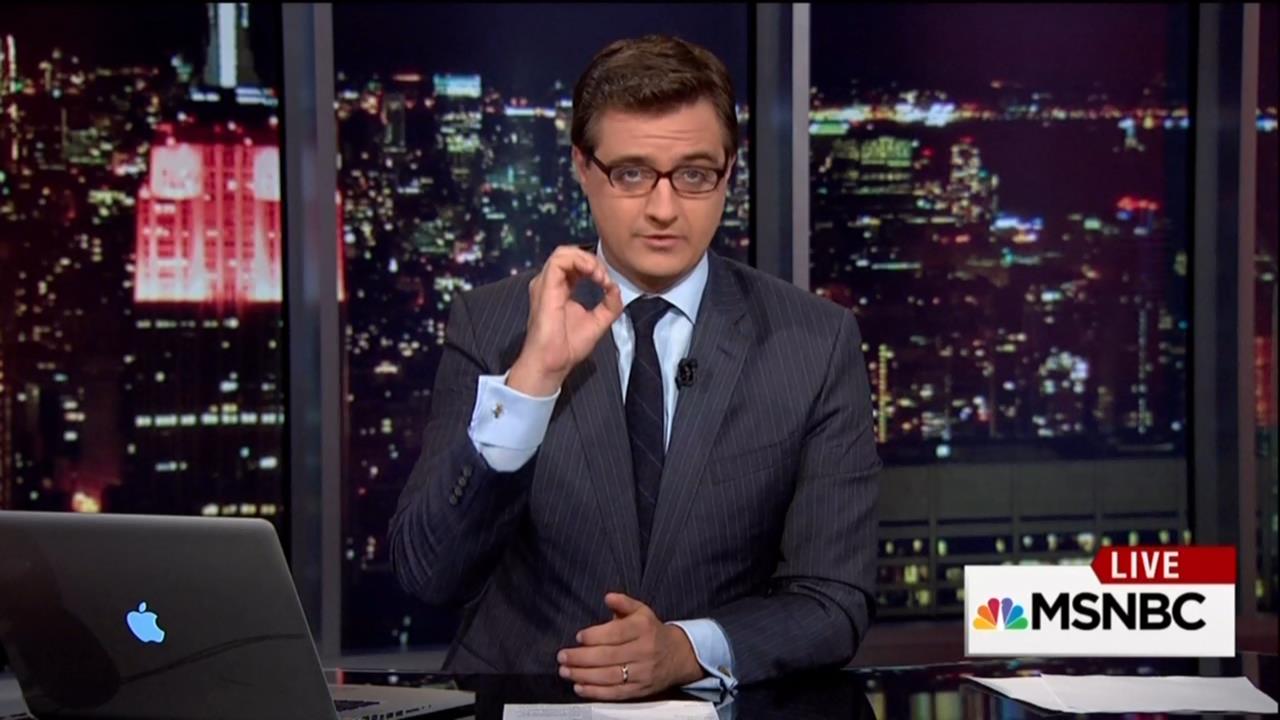 MSNBC host Chris Hayes has a new book coming out on March 21 called A Colony In a Nation. In a supportive summary published in The Week magazine, Ryan Cooper reports shocking arguments: that somehow Black Lives Matter are the new Founding Fathers in a America that's a tyrannical state, like a Soviet gulag for black people.

He argues that for a fairly large segment of American society, the United States is not a democracy. Instead, a great many American citizens — disproportionately black and brown — live in a sort of internal colony. Their democratic rights are not respected: They have little or no access to due process, they are nearly helpless before predatory business, and they are alternately brutally repressed and mined for profit by a tyrannical state.

The Trump presidency is that colony's boundaries expanding. A decent number of previously enfranchised people are finding out what it's like to be on the business end of state repression, and they don't like it one bit.

Electing Trump wasn't a democratic act, it was enabling "repression." Here's where the historical parallels go over a cliff like Thelma and Louise:

Naturally, Hayes gives the typical historical context as well, running through the whole sorry history of the erosion of black freedom in the post-civil rights era, from the war on crime and drugs to mass incarceration to stop-and-frisk. The riots in Ferguson, Baltimore, and elsewhere showed anyone with eyes that a great many Americans live under a tyranny — not just constantly harassed and brutalized (sometimes fatally) by cops, but coercively mined for cash to run the day-to-day operations of government, while most murders go unsolved.​ A democratic city is funded by taxes fairly levied by duly-elected representatives; a great fraction of Ferguson's government was funded by ginned-up tickets and fines on black residents.

Somewhat amusingly, Hayes explains the roots of the protests against police brutality by analogy to the American Revolution, one of the roots of which was nearly identical coercive extraction of taxes and fees to pay back British war debts. Unrest like that does not spring from nowhere; it grows in the seedbed of persecution.

Instead of modulating the thirst for vengeance with a recognition of the need for rehabilitation, they gave in completely to the lizard brain, making sentences savage and prisons hellish....As a result, as Hayes writes, the America criminal justice system now likely rivals the Soviet gulags in terms of the percentage of the population under supervision.

Cooper concluded: "Hayes' book is an excellent view inside a disenfranchised sub-population, but it also serves as window into what's coming for everyone, if we cannot reclaim and rebuild our democratic system for everyone."

“A Colony in a Nation is a highly original analysis of America’s arbitrary and erratic criminal justice system. Indeed, by Hayes's lights, the system is not erratic at all―it treats one group of Americans as citizens, and another as the colonized. This is an essential and ground-breaking text in the effort to understand how American criminal justice went so badly awry.”