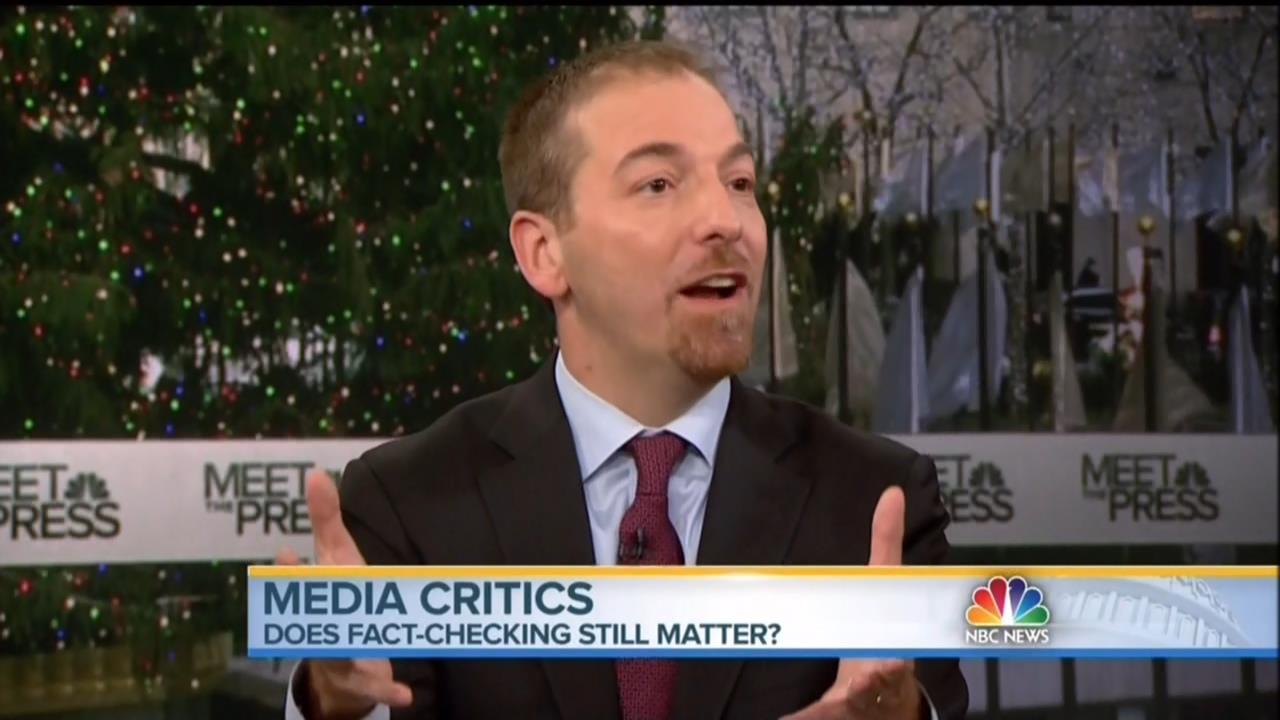 On NBC's Meet the Press on Sunday, Chuck Todd devoted a whole hour to analyzing Trump vs. the Press, but he worked energetically to avoid the notion the media lost trust because it's seen as part of the Democratic National Machine. There were no questions about whether they failed in being too soft on Hillary Clinton, because they never think they've been too soft on Democrats. Todd displayed the complete lack of awareness of the conservative view by mocking the "concierge media friends" of Trump -- ahem, Fox and Breitbart and conservative papers and a chunk of talk radio -- without ever considering how NBC looked like "concierge media friends" of Obama and the Clintons.

CHUCK TODD: How do you define objectivity in the age of Trump? And I say this because, you know, Trump's going to have his own version of it, who's fair and what's not. Trump has what I call sort of concierge, concierge media friends. I'm not going to name names here, but we all know who they are. Basically, people he knows that can help steer a conversation for him or get rid of. And it's in multiple networks, it's all over in multiple print publications. How does a mainstream press corps deal with that?

Somehow the "mainstream press corps" never looks like a concierge when a certain NBC anchor famous for his beard asks President Obama questions like this: “You’ve had an enormous amount of legislative victories — it’s comparable to any president in history. It has not translated into political capital with the public. Honestly, are you frustrated by that?”

Todd also looked clueless-slash-defensive in asserting: "Define media. The journalism of the mainstream media I thought was outstanding this year. But the loudest voices, Hal, are not mainstream journalists."

Ari Fleischer tried to point him back at the media's terrible reputation in the polls, but Todd kept insisting "the partisans" were to blame, as if NBC has never appeared to be partisan -- while Comcast is the largest corporate donor to the Obamas? While the Meet the Press host has a wife making money from Democratic presidential campaigns? While the front page of The New York Times declares that history demands an "oppositional" media actively seeking Trump's defeat?

ARI FLEISCHER: I think there's a different trend going on. And it's two parts to it. The first is there's a double-barreled hostility. This press corps can't stand Donald Trump. And Donald Trump is happy to return the favor. And he uses it to his advantage. He can use it to his advantage, because as the Gallup poll recently indicated, confidence in the press to report the news accurately and fairly has never been lower. And so the press has made itself vulnerable, because it lost the trust of their readers and their viewers -- and Trump has widely taken advantage of it. 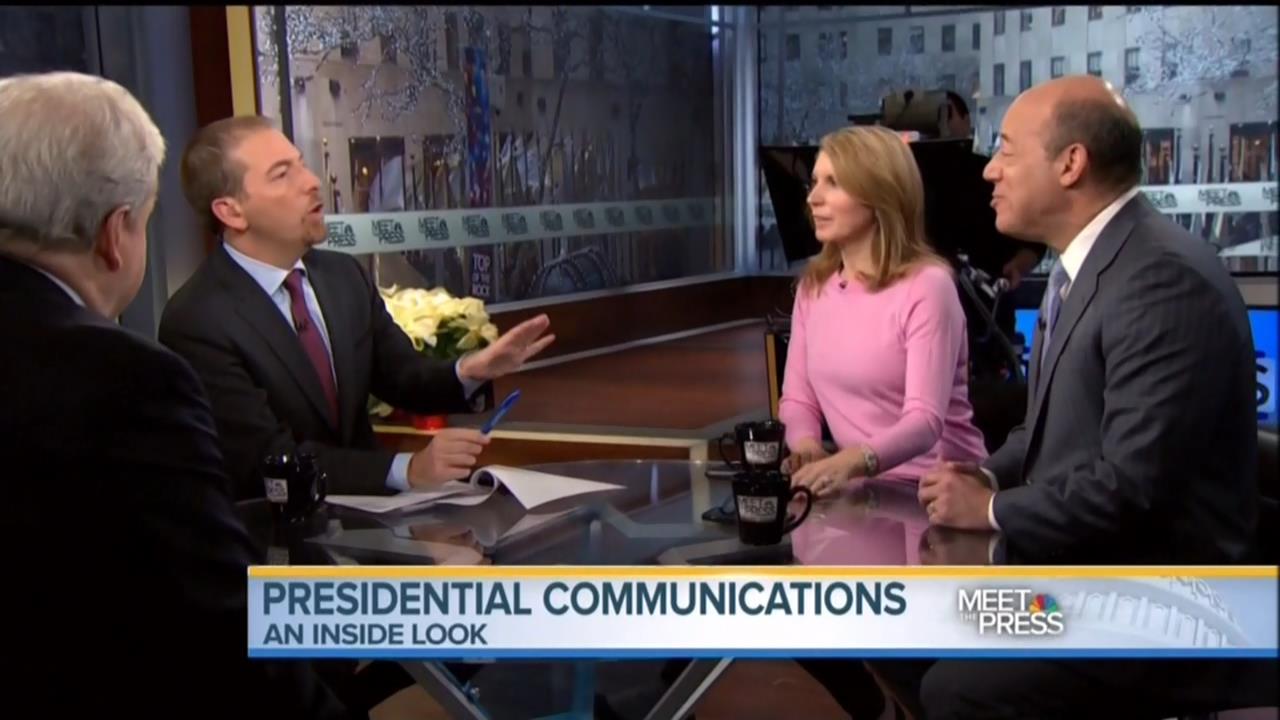 CHUCK TODD: But is this on the press? How much is --

ARI FLEISCHER: Absolutely! A big part is on the press.

TODD: No, I understand that. But why doesn it -- why isn't there any responsibility on the partisans?!

FLEISCHER: I didn't say there wasn't. I pointed out--

FLEISCHER: I reported accurately about the Gallup poll, which--

FLEISCHER: -- pressure the media still has to grapple with.

TODD: Should it matter to the partisan actors, Democratic and Republican actors in here, that they have helped delegitimize--

Partisan reporters shouldn't really complain about "partisan actors" "delegitimizing" the press while they are actively engaged in "delegitimizing" Donald Trump and the Republicans. It's that failure to recognize their arrogance -- that they sound like they are so heroic and noble and essential to democracy that they are above the fray, above criticism, above "delegitimizing" --that makes them unpopular.