NPR Morning Edition anchor Steve Inskeep celebrated his tenth high-profile interview with Barack Obama on Friday’s broadcast by acting as he always does: like a helpful public affairs staffer at the White House. Inskeep went on CNN on Friday morning  to explain just how cool the president is, but he’s passionate when necessary: 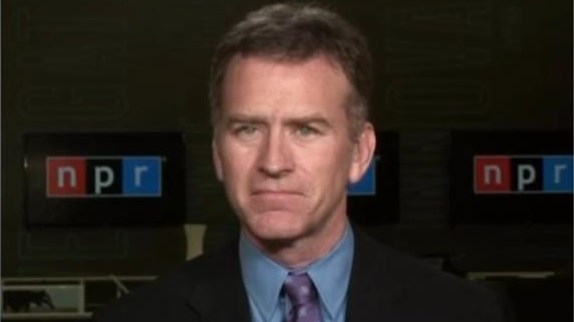 INSKEEP: He's a cool guy. He has been cool every time that I have talked with him, ten of them now during the time that he's been in the White House. And he keeps essentially the same demeanor. But his passion comes through from time to time and I think you hit on one of the moments there in that bit of video you just played because the president is concerned about the rule of law, concerned about the reputation of the United States, and you hear him not saying he thinks that President-elect Trump is going to go beyond the law. He's not explicitly saying that. But he's calling out that responsibility of the new president that's one of many, many things on his mind at this moment of transition.

Inskeep never wonders if Obama stays cool in part because his interviewer isn't asking anything that upsets him. One rarely gets argumentative during a shoeshine.

“That bit of video” CNN played offered evidence that Inskeep never pesters Obama. The president said in part he’s told Trump about “how we think about fighting terrorism and keeping the country secure, that we recognize America's exceptionalism, our indispensability in the world, in part, draws from our values and our ideals.”

Wait a minute. Doesn’t anyone in the liberal media remember Obama dismissing American exceptionalism as just the way Germans think they’re the best? Inskeep (and his CNN colleagues) saw nothing there. John Berman wanted to know if Obama would break a dam and offer harsher criticism of Trump:

BERMAN: So a lot of the people around him are actually now increasingly critical of Donald Trump. Josh Earnest, his press secretary; Michelle Obama, his wife, saying basically there's no hope right now. Do you get the sense, two hours or so from now, the dam will break for the president, he won't be as careful as he has been to this point?

INSKEEP: Well, he was a little less careful, or let's say a little bit more forceful in this interview, because he's being more explicit about the fact that he is concerned, first, about Russian intervention in the election, which he was very quiet about even in October when they made a statement saying Russia had interfered in the U.S. election by being behind a hack of the Democratic National Committee and other targets. He's saying that more explicitly.

Inskeep could be worse. The other liberal CNN guest was historian Douglas Brinkley, who compared Obama to....Paul Revere: "In many ways, Dwight Eisenhower famously gave a Farewell Address about the industrial-military-complex back in 1961. We are going to see Barack Obama the next 30 days I think having to really awake people, almost like Paul Revere, about the problems of hacking and cybersecurity and particularly regarding Putin's Russia."

In the interview, Inskeep calmly let Obama blame the media for Hillary Clinton’s loss with just some mild pushback, since taxpayer-funded NPR can hardly be blamed for being pro-Trump over the last 18 months:

INSKEEP: Did the Russian hack of the Democratic National Committee and other targets actually affect the results of the election in your view?

PRESIDENT OBAMA: There's no doubt that it contributed to an atmosphere...

INSKEEP: An atmosphere, he said, clouded by many political distractions. The president contends the release of hacked emails from the Democratic Party and Hillary Clinton's campaign chairman were among those distractions.

"Distractions" is always what one party doesn't want to talk about. The media somehow "distracted" from Hillary's terrific qualifications. (Yeah, we were never told about those.)  Trump's "distraction" was the supposedly epic Billy Bush tape. But back to NPR and blaming the media: 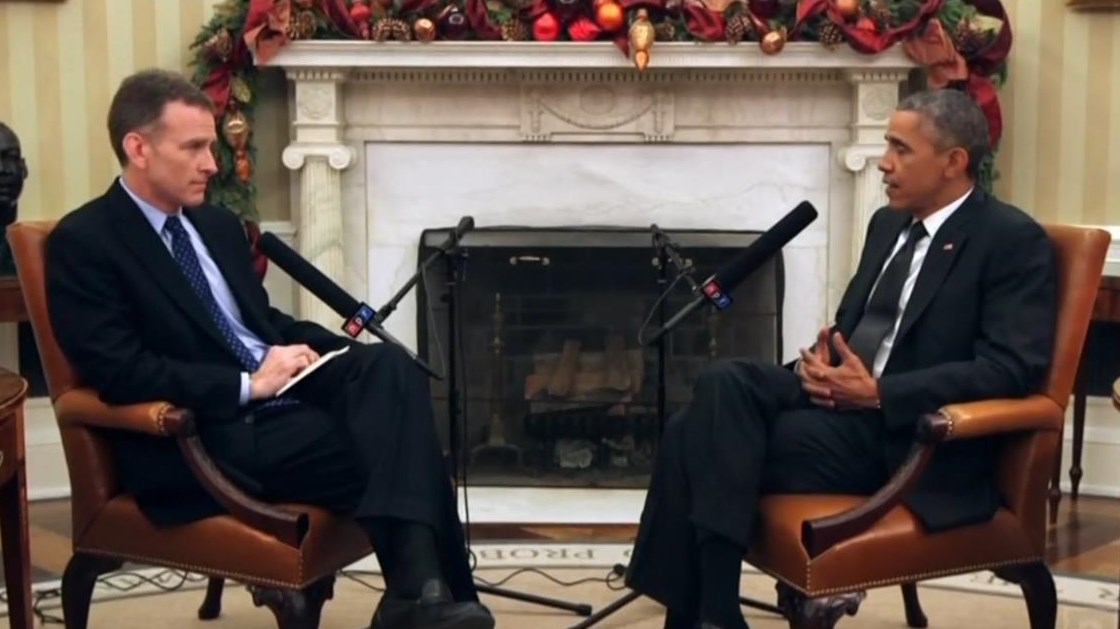 OBAMA: That whole swirl that ended up dominating the news meant that, No. 1, issues weren't talked about a lot in the coverage. Huge policy differences were not debated and vetted. It also meant that what I think would have been a big advantage for Hillary objectively - her experience, her knowledge, her outstanding reputation around the world as secretary of state - all that stuff got lost.

And I think in that scrum - in that swirl, you know, Donald Trump and his celebrity and his ability to garner attention and obviously tap into a lot of the anxieties and fears that some voters have, I think, definitely made a difference. This - how...

INSKEEP: Did you say the election could have turned out differently? That's what I want to know.

OBAMA: Well, elections can always turn out differently. You never know which factors are going to make a difference. But I have no doubt that it had some impact just based on the coverage. And, by the way, I'm talking about mainstream news coverage. I'm not talking about a whole separate set of issues around fake news. I'm talking about what was in The New York Times and The Washington Post and on the nightly news and even on NPR.

The idea that the networks and newspapers were obsessed by Wikileaks isn't really true. It did make for an uncomfortable start to the Democrat convention. But this is when the pushback came, when Obama dared to  blame docile NPR for being a Trump-enabler:

INSKEEP: Was that the media's fault for focusing on the wrong things or the candidate's fault for not finding ways to get her message through?

OBAMA: Steve, you know, I'd say that Monday morning quarterbacking's always easy to do. And what I've said already publicly - and I'll repeat - there is something about our current political ecosystem - and we're all a part of it - the parties, the candidates, the media, the voters - that leads us to avoid going deep into the issues that are really going to affect people's day-to-day lives.

You won't find any financial contributions from Inskeep to Obama over the last eight years. That's because he's been giving at the office the whole time.