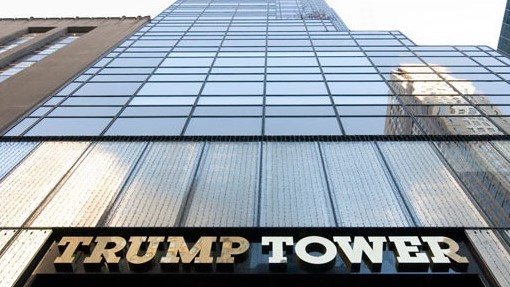 The first summary of the meeting between Donald Trump and network TV stars and executives at Trump Tower yesterday was the official one, via Kellyanne Conway: When asked if the meeting was about mending fences, Conway said, “There’s no need to mend fences. It was an off-the-record meeting. It was very cordial. Very productive. Congenial. But it was also very candid and honest.”

The New York Post used the term “f—ing firing squad" to describe Trump's attacks. "I hate your network, everyone at CNN is a liar and you should be ashamed,’ ” the source claimed Trump said. “The meeting was a total disaster. The TV execs and anchors went in there thinking they would be discussing the access they would get to the Trump administration, but instead they got a Trump-style dressing-down.”

For more than twenty minutes, Trump railed about “outrageous” and “dishonest” coverage. When he was asked about the sort of “fake news” that now clogs social media, Trump replied that it was the networks that were guilty of spreading fake news. The “worst,” he said, were CNN (“liars!”) and NBC.

This is where we are. The President-elect does not care who knows how unforgiving or vain or distracted he is. This is who he is, and this is who will be running the executive branch of the United States government for four years.

The over-all impression of the meeting from the attendees I spoke with was that Trump showed no signs of having been sobered or changed by his elevation to the country’s highest office. Rather, said one, “He is the same kind of blustering, bluffing blowhard as he was during the campaign.”

Criticizing the press is "vain and distracted" behavior? Naturally, Remnick summarized Trump's reported criticism as negating "the idea that a demagogic candidate would somehow be transformed into a statesman of poise and deliberation after his Election Day victory—should now be a distant memory, an illusion shattered."

Remnick can only accept the vain protests of poised, "statesmanlike" pols like Barack Obama when he told biographer David Maraniss "you called my book fiction" and Maraniss replied, "No, Mr. President, I complimented it. I called it literature."

Remnick’s anonymous source was also liberal with the profanity:

Another participant at the meeting said that Trump’s behavior was “totally inappropriate” and “fucking outrageous.” The television people thought that they were being summoned to ask questions; Trump has not held a press conference since late July. Instead, they were subjected to a stream of insults and complaints—and not everyone absorbed it with pleasure.

“I have to tell you, I am emotionally fucking pissed,” another participant said. “How can this not influence coverage? I am being totally honest with you. Toward the end of the campaign, it got to a point where I thought that the coverage was all about [Trump’s] flaws and problems. And that’s legit. But, I thought, O.K., let’s give them the benefit of the doubt. After the meeting today, though—and I am being human with you here—I think, Fuck him! I know I am being emotional about it. And I know I will get over it in a couple of days after Thanksgiving. But I really am offended. This was unprecedented. Outrageous!”

Participants said that Trump did not raise his voice, but that he went on steadily at the start of the meeting about how he had been treated poorly. “It was all so Trump,” one said. “He is like this all the time. He’ll freeze you out and then be nice and humble and sort of want you to like him.”

“But he truly doesn’t seem to understand the First Amendment,” the source continued. “He doesn’t. He thinks we are supposed to say what he says and that’s it.”

If that’s true, it extends to many politicians, who only want the positive press. But these people who claim they represent the First Amendment? How do they come to a meeting with a politician and expect to hear no criticism after the tidal wave of biased coverage they unleashed?