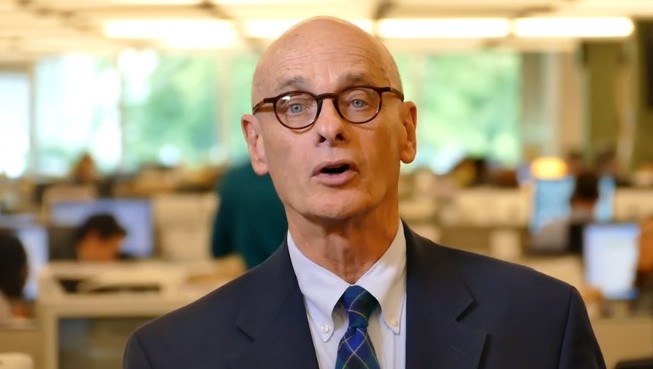 Baltimore Sun TV critic David Zurawik warned that the "town hall" debate on Sunday night will be nothing of the sort. "Expect more artifice than authenticity," warned the Sun headline. The imperatives of commercial television have molded and manipulated an illusion of democracy, Zurawik warned. He used a very recent example of Clinton calculation:

I probably wouldn't be thinking such dark thoughts about town halls had I not seen one Tuesday that was staged in Pennsylvania by Hillary Clinton's campaign. The highlight of the event, titled "A Family Town Hall," was a question asked from the audience by 15-year-old Brennan Leach.

"At my school, body image is a really big issue for girls my age," the teenager said, reading from a piece of paper. "I see with my own eyes the damage Donald Trump does when he talks about women and how they look. As the first female president, how would you undo some of that damage and help girls understand that they are so much more than what they look like?"

I was initially struck by the way the words "I see with my own eyes the damage Donald Trump does" perfectly synched up with a Team Clinton attack ad that features girls watching TV images of Trump saying deplorable things about women. The more I thought about Leach reading that question off a piece of paper, the more I started to wonder whether what I saw was an authentic moment of citizen-candidate dialogue or a scripted piece of political theater.

I wasn't alone. Even though most of the major newspapers and TV outlets on-scene took the moment at face value without any questions asked, social media lit up with another narrative of what took place. A YouTube video headlined "Hillary's Townhall in Haverford PA Where She Stages Question with Child Actor" was up to 146,000 views within 24 hours of being posted and Reddit was rocking with discussion about it.

Near the end of its story, The New York Times did raise the issue of the question's authenticity: "After the event, Brennan said that her father, a state senator, had helped her form the question that had so excited Mrs. Clinton. (The Clinton campaign said questions had not been vetted.)" The Times left it there.

But Spanglevision, the producer of the YouTube video, and various Reddit and YouTube commenters found the 15-year-old's online resume listing her training as an actor and roles she's had in commercials and film. One set of her credits comes from appearing in campaign ads for her father, Pennsylvania State Sen. Daylin Leach, a Democrat who is labeled "The Liberal Lion of Pennsylvania" in one campaign ad. Video of Bill Clinton is used prominently in another Daylin Leach campaign ad with Brennan Leach calling the former president a "great man."

Zurawik concluded: "Clearly, Tuesday was not the teen actor's first exposure to politics, cameras and the Clintons."

He also said members of the military complained that NBC's "commander-in-chief forum" used the troops more as a visual backdrop than as a group of citizens. "Our bodies contributed more than our voices," one said.

In a CNN Republican primary debate in November 2007, they selected openly gay Gen. Keith Kerr to ask the GOP candidates about gays in the military -- and moderator Anderson Cooper didn't mention in real time that Kerr was a volunteer with Hillary Clinton's presidential campaign.