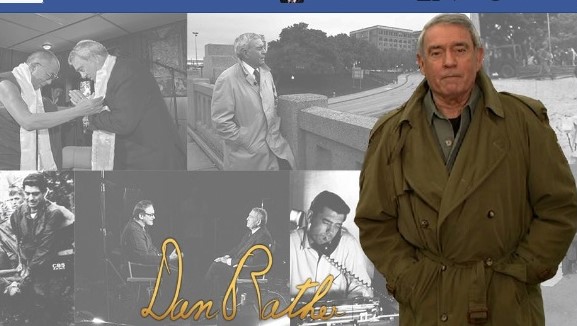 The impenetrable bubble in the mind of disgraced CBS anchor Dan Rather continues to amaze. In a post-debate Facebook post, Rather described Donald Trump’s approach as “often facts be damned.” He concluded: "To call Trump a con man, as many have, is a disservice to the art of the con. By its definition a con requires deceit. But Trump has not tried to hide his lies or the sheer unrealistic audacity of his cartoonish policy positions."

Dan Rather has few rivals in the sheer unrealistic audacity of his cartoonish pose as a truth-teller instead of a reckless fact-mangler. No lame Robert Redford movie bizarrely called Truth is going to wash away the stain of his lying about George W. Bush.

Ladies and gentlemen, whatever civility once existed in our politics is tonight officially dead. Never in the history of televised debates have we witnessed such a show. And that’s what the Donald wanted. A show. He got it, but will he be seen as the hero or the villain?

If you are a fan of Hillary Clinton, I suspect you are thrilled with her poised and confident performance. Perhaps her crowning line was “I prepared for this debate and I'm prepared to be President”. If you are a fan of Donald Trump, his quarrelsome, no-holds-barred approach, often facts be damned, will likely in turn have thrilled you.

Naturally, in Rather's eyes, Hillary Clinton was brilliant, and the Fount of All Facts:

Clinton was clearly the policy expert, nimbly jumping from topic to topic, policy to policy. But she was also much more able to paint a big picture than I have seen in times past. I thought she was particularly effective on the issue of race and especially the birther lie against President Obama. She had the facts on her side, but also it was an effective appeal to fire up her base.

Rather can't see that what he did to Bush carries the fetid odor of birtherism, that his phony Texas Air National Guard records were like a fake birth certificate from Kenya, similarly designed as character assassination.

Rather drew to a close by suggesting Trump was the polar opposite of the Founding Fathers, as if Hillary was somehow the natural descendent of Thomas Jefferson and Ben Franklin. Trump represents tyranny, and Hillary, liberty:

Thomas Jefferson...and his compatriots were imperfect and in some cases deeply flawed men. Yet their idealism fixed a North Star in our democratic firmament that has guided our ship of state ever since, with some very noted moral detours. Now I fear that the tide of progress is rapidly receding with the fierce undertow of a looming tsunami.

Our Founders believed in reason and the power of intellect. Donald Trump made clear tonight by his wilful ignorance of important issues that he does not. Our founders feared the accumulation of power, they loathed vanity, and tried to build in protections against the demagogues who would appeal to mankind's basest instincts. Donald Trump relishes in all of these impulses. For him they are instinctual and a prescription for success.