On the very day a CNN poll made the presidential race look tight, The Washington Post was blatantly projecting a Clinton victory. They wrote a “Dear Bill” letter on the front of Tuesday’s Style section begging the former president to fully “own” and embrace the First Lady duties, since “more likely than not, you’ll be moving back into your ‘90s homestead in a couple months.”

Listen to us, Bill: You have to be the hostess. You have to pick out the china. It’s your turn. We need to get this male milestone over and done with, perhaps even more than we need a first female president. Someone needs to be the first male first lady. And no man in history has ever been better suited to the singular demands of this weird job than you. 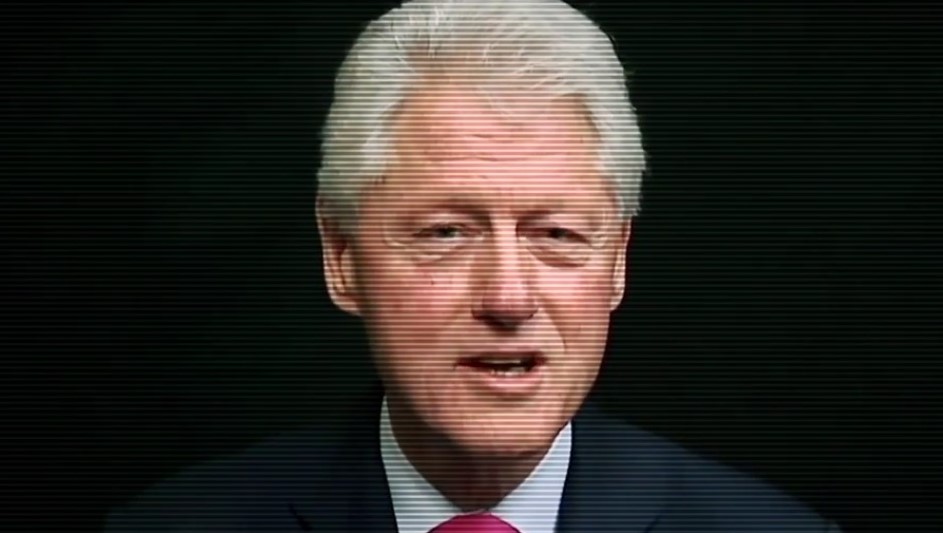 Apparently, Clinton’s “room-devouring charisma” is what makes this work. But this is where the elaboration on Clinton’s "singular" qualifications for First Lady goes completely insane:

They serve as role models for wholesome living.

On which planet is Bill Clinton a “role model for wholesome living”? But in Liberal Land, “wholesome” isn’t about sex. It’s about food. Bill now eschews meat, so he's secular-saintly:

Michelle Obama may have lifted weights and touted a healthy diet, but, frankly, she came into the spotlight looking pretty svelte already. You, on the other hand, grappled publicly with a health crisis that prompted you to change your lifestyle habits — and you not only dropped the weight but also kept it off. You know how this is done. We read the AARP the Magazine piece revealing why you became a vegan and were impressed by the roasted-cauliflower-and-tomato dish you showed off to a reporter. Now, we want to see you down in the dirt of Michelle’s White House Kitchen Garden, planting kale with giddy schoolchildren.

The Post even insists that Bill should push a vegan cookie to “de-gender” the presidential-spouse role, as they gently negotiate around the idea that Hillary has proven largely immune to humanizing:

They humanize their partner. Look, we know this part of the job has only gotten more busy and bizarre. It’s not enough to pose for Vogue or share your favorite inspirational books with People once every four years or so. Now, thanks to Michelle, a first lady is expected to dance on the Ellen DeGeneres show or play charades with Jimmy Fallon. Impossible? Ahem. Who played sax on The Arsenio Hall Show? Who went on MTV to banter about boxers vs. briefs? The pop-culture schmooze was your game from the start — we’re just going to need you to take it up a notch.

We’ll want to know who designed your suits and ties, and for you to make a statement with them. Hosting a state dinner for India? Find the up-and-coming menswear designer with Indian heritage. Speaking of symbolism, we’ve got no problem with Family Circle de-gendering their first-lady cookie contest into one celebrating recipes from candidates’ families — but we would have loved to have seen your favorite vegan cookie represented. Meanwhile, remember that in all these interviews, you need to keep the focus on the commander in chief. Never let us forget the reality of a household in which your spouse has the more important job.

Only at the end do we get which Post reporters/editors are the gushing valentine-writers:

So here’s your chance to be a trailblazer, not only for the guys who will follow you in this job, but also for all men trying to figure out how best to support their spouses. You’ll be an example for little boys everywhere. Goodness knows little girls have already had plenty of lessons on how to stand by their man.

Thompson has been an unpaid publicist for Michelle Obama (at least unpaid by the White House).  In her days as a Post gossip columnist, editor Argetsinger has previously complimented Bill Clinton this way: “He's Charlie Sheen without the crazy, a polymath with no "stop" button - and, yeah, still a total bitchin' rock star.”