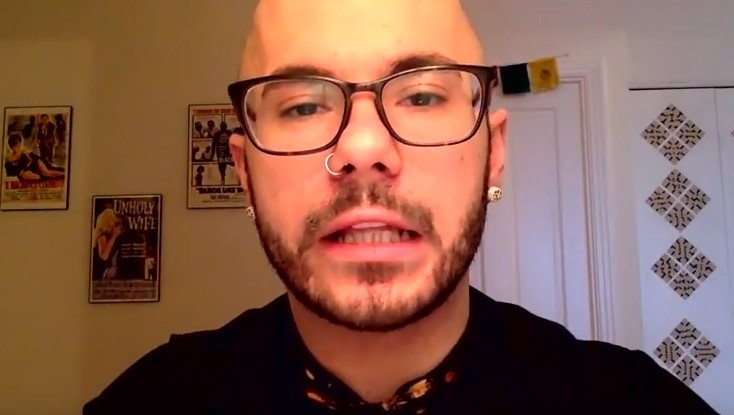 The Los Angeles Times is a willing participant in the ongoing “progressive” crusade to reclassify social conservatism as a mental illness. On Tuesday, the largest newspaper in the West posted an op-ed headlined “Being transgender isn’t a mental illness. What’s sick is a society that treats it that way.”

Clearly, science and psychology have come a long way from the old Freudian-based notions of gender identity as a product of childhood trauma.

That hasn’t stopped right-wing advocacy groups like the American College of Pediatricians (ACP) from comparing gender reassignment to genital mutilation.

So, according to Lang, science has progressed to the point where getting one’s penis or breasts removed is not “genital mutilation.” It’s a lifestyle choice? Who is stating a plain fact, and who is trying to empty words of their meaning?

The ACP is a “right-wing advocacy group,” but when the American Psychological Association (APA)  bends to a left-wing lobbying campaign to proclaim political correctness about transgenders, that’s “science” progressing, not politics. Conservatism is a threat to “public health” – if you define “health care” as genital mutilation.

The idea that being transgender is a mental illness is a common one among Republican lawmakers — and has served as potent ammunition in pushing anti-transgender bathroom bills across the country.

It is also completely untrue and based on outdated, inaccurate science. Medical opinion on the LGBT community has shifted dramatically in the last few decades, and continuing to treat transgender people as a suspect, afflicted population is the real threat to public health.

Lang is delighted that the APA has abandoned the term “gender identity disorder,” with simple “gender dysphoria” – and that term only applies to people who have a “temporary mental state” of upset about their er, fluidity. Being transgender is exactly the same as being left-handed. Notice how political the APA sounded on this “scientific” change:

“All psychiatric diagnoses occur within a cultural context,” said Jack Drescher, a member of the APA subcommittee working on the revision. “We know there is a whole community of people out there who are not seeking medical attention and live between the two binary categories. We wanted to send the message that the therapist’s job isn’t to pathologize.”

That’s hardly rigorous, disinterested science, but Lang called for war on conservative “bigotry in the name of science” as a conclusion:

Conservative groups opposed to trans rights aren’t going away. Unless they are challenged, their views will continue to underwrite bigotry in the name of science — supported by a public that might not know the difference.

The continued pathologizing of transgender people continues to make it easier to legally discriminate against them. Over 30 European countries still have laws on the books that require the forced sterilization of trans people in order to apply for gender-affirming legal documentation. These states include Italy, France, Germany, and the U.K.

Being transgender isn’t a mental illness. What’s truly sick is a society that continues to treat them that way.

Obviously, this is a cultural battle, not a scientific battle, but it’s waged by leftists claiming the mantle of science – in part, because they’re secularists who think religion and science are polar opposites, even ideological opposites.