On Friday, PBS ombudsman Michael Getler paid a subtle compliment to NewsBusters managing editor Curtis Houck and to the blog in general by noticing how quickly Curtis challenged PBS NewsHour anchor Gwen Ifill for asking Elkhart, Indiana "So what gives?" -- why they hadn’t voted for Barack Obama despite the improving economy?

PBS hosted a town-hall conversation Wednesday night with Obama in a place where he wanted to emphasize his economic success, even if the voters there don’t share his spin. Ifill surely shared his spin:

IFILL: This marks the President's fifth visit to the once and again R.V. Capital of the world, a small city where the unemployment rate hit 19.6 percent his first year in office, and now has dropped to about four percent, but this White House isn't get any credit for that turnaround. Residents here voted for Ted Cruz in this year's primaries, and Mitt Romney by two to one in 2012. Even when President Obama won Indiana in 2008, just as the economy was crashing, Elkhart went with John McCain. So what gives?

The giving here is PBS donating to Obama at the office. Getler wrote: 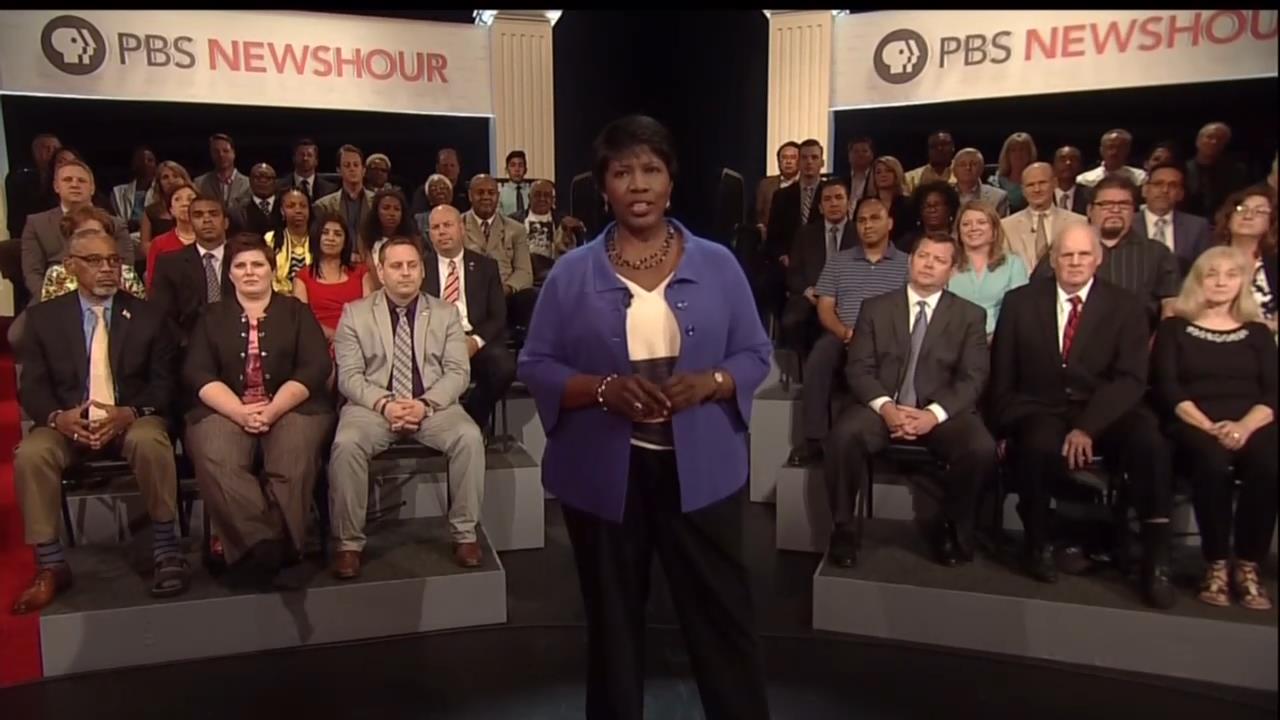 I only got a few letters about this program, which surprised me, but in what seemed to be a few microseconds (actually an hour or so) I got a critique of the program, centered on that introduction, that had been posted on the conservative website NewsBusters.org, headlined “PBS’s Ifill Knocks Indiana Town for Not Enthusiastically Supporting Obama; ‘What Gives?’” This did not surprise me...

That introduction caught my attention as well. It was unusual, sort of surprising, a little glib, especially the “So what gives?” part, and sure to be vulnerable to criticism by some viewers as partisan. I thought it was fair for NewsBusters to call attention to it.

Getler, a former Washington Post reporter and then ombudsman, has been the PBS ombudsman (the only one in their history) since 2005. Once he admitted the partisan sound of Ifill’s intro, he turned to praising the PBS program in general, and bowed to the leftist gist of what Ifill was saying, citing leftist Thomas Frank’s whiny book What’s the Matter with Kansas? – which argued cultural conservatism was causing those “working-class” voters to vote against their “economic interests,” which lied in socialist redistribution.

But he also praised the outburst as a "smart and gutsy way to set the stage" for the hour. Wrong. It's a way to get off on the wrong foot and cause some viewers to feel insulted as dummies -- especially the Indianans all around her. It can be argued this sounds like a way for PBS to intimidate the town-hall questioners to be less challenging to the president in their questions.

On the other hand, I, personally, gave Ifill the benefit of the doubt as I watched because this also struck me right away as a smart, gutsy way to set the stage and get the most out of this hour; not just to draw out the president but especially the local audience on a fascinating aspect of contemporary American politics. The way Ifill put it reminded me immediately of the very popular, and also controversial, bestseller from 2004 by journalist/historian Thomas Frank titled What’s the Matter with Kansas? How Conservatives Won the Heart of America, which the late political writer Molly Ivins described as “the only way to understand why so many Americans have decided to vote against their own economic and political interests.”

Ifill never actually asked that “So what gives?” question to anyone directly. But the local audience supplied some very authentic experiences and views in the questions they posed to the president. The questioners were good, clear, engaged, challenging and polite. And whatever you think of the president, he showed himself to be smart, informed, able to discuss whatever is asked, and quite open and expressive about his personal instincts.

At least Getler has ruled on several occasions that Ifill crossed a line of bias or inaccuracy after we wrote it up:

In 2015, he called it "inexcusable" for Ifill to retweet an Obama White House Twitter account that boasted about the Iran deal. She sneered online at Israeli prime minister Benjamin "Bibi" Netanyahu: "Take that, Bibi." Ifill didn't apologize on Twitter. She just tweeted "Every now and then, you inadvertently poke twitter in the eye. And it never disappoints."

In 2012, Getler acknowledged an on-air clarification would be good after Ifill described George Zimmerman, who shot and killed Trayvon Martin during an assault, as “white” instead of Hispanic. “Ifill, in an email exchange with me, acknowledges this and says she agrees with an in-house, post-April 9 NewsHour assessment that suggested that it is best to just show him and not try to describe him.”

A week later, he agreed with NewsBusters that it was bad form for Ifill to host a fundraising dinner for the LGBT-activist Whitman Walker Clinic honoring then-Obama HHS Secretary Kathleen Sebelius, complete with the invitation that said "Please join Gwen Ifill, managing editor of Washington Week and senior correspondent for the PBS NewsHour, and the Whitman-Walker family as we honor . . . Sebelius for advancements in health care."

Getler acknowledged publicly that liberals were emailing him not to "validate" the hatred and thinly veiled racism of NewsBusters. One woman wrote from Sacramento:

"Please do not validate Tim Graham, director of media analysis at the Media Research Center, with any form of response to his criticism of Gwen Ifill over her decision to serve as emcee at Thursday's annual fundraiser for Whitman-Walker Health. I hope and trust that PBS will be of service to its listening audience by standing-up to the bullyism, hatred and thinly veiled racism that dominates the American conservative social agenda."