PBS Glides Over Enquirer Smear of Cruz, But Asks About GOP: 'How Low Can They Go?'

One could offer credit to the PBS NewsHour for mostly avoiding the unsubstantiated National Enquirer story claiming Ted Cruz had five secret mistresses. The closest the NewsHour came to it came on Friday during the Shields & Brooks segment trashing both Trump and Cruz:

SEN. TED CRUZ: Years from now, when my daughters Google this, they will read these lies.

WOODRUFF: Cruz accused Trump of being behind tabloid accusations of extramarital affairs. It was the latest in the escalating war of words over women this week between the two candidates.

But on Monday’s show, the PBS political analysts shifted from their view of the Democratic race – Bernie Sanders can’t beat Hillary, the math is dismal – to seeing very dark clouds over the entire Republican Party in the months to come. The operative question was “How low can the GOP go?”

GWEN IFILL: Well, there has been something of a war of words between the Sanders camp and the Hillary camp today, on the Republican side, the war of words has been a little less elevated, shall we say? Let’s listen to Ted Cruz today.

SEN. TED CRUZ: When it comes to civility, there have been other candidates who have demonstrated a willingness to go to the gutter, to make personal attacks, to make sleazy attacks. I think the people, the American people are sick of that. That has no place in politics. No candidate should be doing what Donald Trump did last week, which is attacking my wife and attacking my family.

GWEN IFILL: So, it’s been well-documented everywhere how much of these attacks and counterattacks have been going on between Trump and Cruz, and even John Kasich has said, please, let’s leave the family out of it. But I guess the question in this is, how low can they go, Tam?

TAMARA KEITH, NPR: That’s question I ask a lot again and again. And it’s not clear. There is that old saying — and I don’t know who gets full credit for it — I think John McCain is one of the people who gets credit for it — that when you wrestle with a pig, you both get dirty and the pig enjoys it. 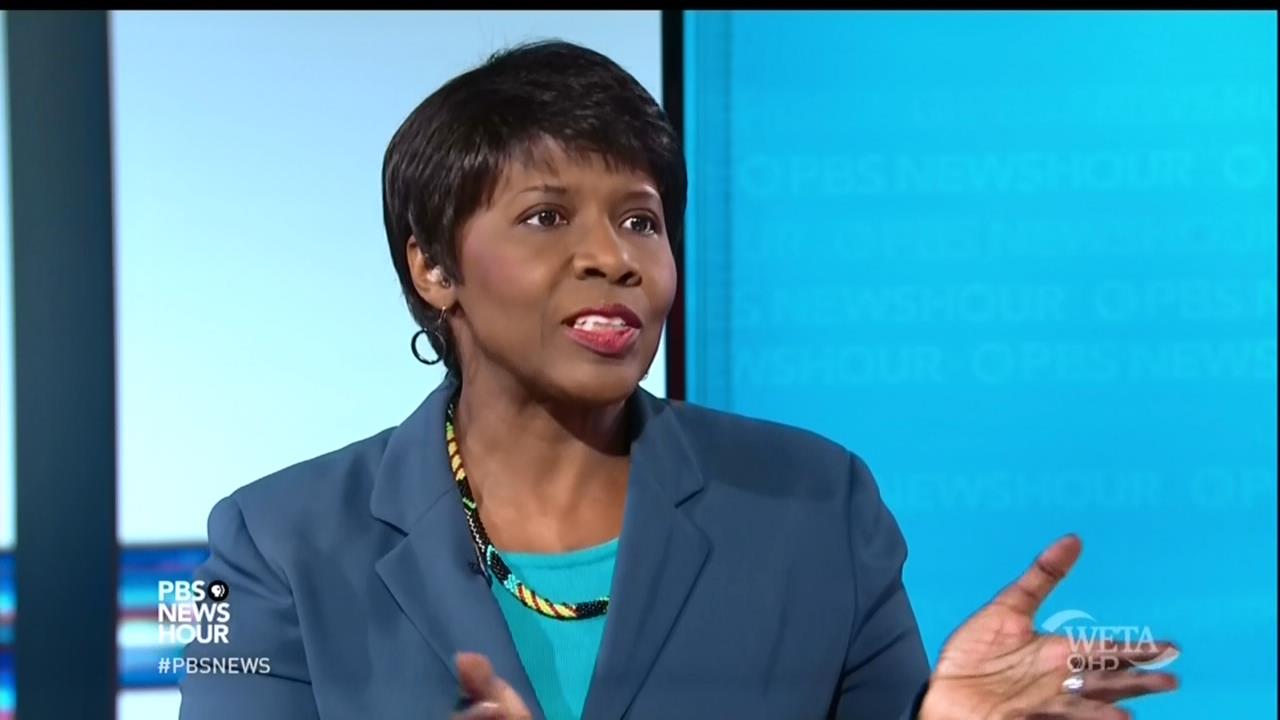 KEITH: In this analogy, and I’m not calling Donald Trump a pig here, because I would not do that.

IFILL: Be careful. No.

IFILL: Yes. What do you think about that, Amy?

PBS is concern-trolling because Trump has never found a “civil conversation” to be in his best interest, so the entire party is tarred by the taxpayer-funded civility police at PBS as stuck in a much more malignant position than the Democrats.