'Fact Checkers' Side with Hillary: Sanders 'Stood' with Minutemen to 'Hunt Down Immigrants'

What is Mrs. Clinton quoting? Did the Minutemen ever shoot an illegal alien dead? “Hunt down immigrants” surely evokes the notion or murder. AP’s Calvin Woodward took on several “eye-popping” claims about Sanders that Hillary made. He found the language “over the top,” but explained Hillary was right. 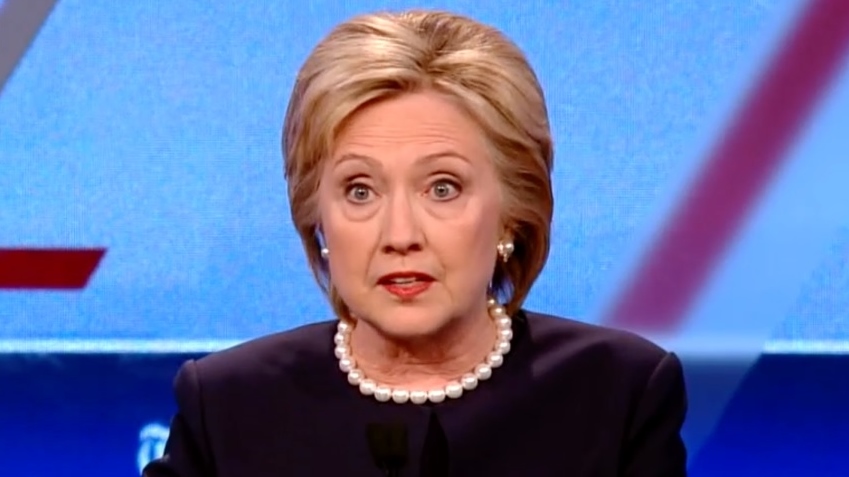 CLINTON: Sanders “stood with the Minutemen vigilantes in their ridiculous, absurd efforts to, quote, hunt down immigrants.”

SANDERS: “No, I do not support vigilantes, and that is a horrific statement, an unfair statement to make.”

THE FACTS: She was right about his vote, perhaps a little over the top in characterizing it. In 2006, as a member of the House running for the Senate, Sanders voted for an obscure and largely symbolic amendment that sought to prohibit Washington from giving information to foreign governments about the activities of a civilian group operating along the border.

At the time, some hard-liners against immigration were concerned that U.S. officials were tipping off the Mexican government about movements of the civilian Minuteman group that was patrolling the border for people crossing illegally.

Sanders said it was an unimportant amendment “supported by dozens and dozens of members of the House which codified existing legislation.” But it stands as an example of lawmakers backing something they might not like — or might not have given enough thought to — in order to achieve larger goals in a bill. As it was, the amendment did not survive and the issue was mostly forgotten — but not by Clinton.

PolitiFact rated HIllary's claim as "Mostly True." They didn't find the characterization of the MInutemen as "hunting down immigrants" to be over the top.

The one problem with Clinton’s statement is that she exaggerated the extent to which the measure was backed mainly by hard-line Republicans. The amendment did pass the House with almost universal Republican support, but it did attract a significant minority of the Democratic caucus -- 76 voted for it, while 106 voted against…. including such prominent lawmakers as House Minority Leader Nancy Pelosi of California and future Sen. Sherrod Brown of Ohio.

Clinton said that in 2006, Bernie Sanders "voted in the House with hard-line Republicans for indefinite detention for undocumented immigrants, and then he sided with those Republicans to stand with vigilantes known as Minutemen who were taking up outposts along the border to hunt down immigrants."

Clinton may have boiled down the substance of the measures a bit too much, but her accounting is largely accurate -- importantly, in her claim that Sanders voted for both measures. That said, Clinton glosses over the degree to which Democrats -- and not just Republicans -- supported both measures. We rate the claim Mostly True.

FactCheck.org left it to readers to decide if Hillary went "too far," but only about Sanders supporting the Minutemen, not that the Minutemen were hunting immigrants like rabbits:

We’ll let readers decide if Clinton goes too far when she equates Sanders’ support for the amendment with “[standing] with the Minutemen vigilantes in their ridiculous, absurd efforts to … hunt down immigrants.” Certainly some of the amendment’s supporters saw it as at least symbolic support for the Minutemen’s efforts. But Sanders makes a plausible argument that he believed he was voting for a do-nothing amendment that was merely codifying existing policy — indeed that was the view of the ranking Democrat on the Committee on Homeland Security at the time.

Amber Phillips of The Washington Post sided the most with Sanders on Thursday, putting this on a list of “5 times Hillary Clinton has played fast and loose with the facts on Bernie Sanders’s record.”

Clinton's accusation: "In 2006, Senator Sanders supported indefinite detention for people facing deportation and stood with the Minutemen vigilantes in their ridiculous -- absurd efforts to, quote, 'hunt down immigrants.' " (March 9 debate)

Sanders's vote, explained: As The Washington Post' Fact Checker team points out, in 2006, some members of Congress were upset about rumors that U.S. authorities were tipping off the Mexican government to these vigilantes' whereabouts. Sanders, who was in the House of Representatives at the time and running for Senate, joined 75 other House Democrats to support an amendment that essentially barred the Department of Homeland Security from tipping off Mexico to "organized volunteer civilian action group's" whereabouts. On Wednesday, Sanders said the amendment "codified existing legislation." "I do not support vigilantes, and that is a horrific statement -- an unfair statement to make," he said.