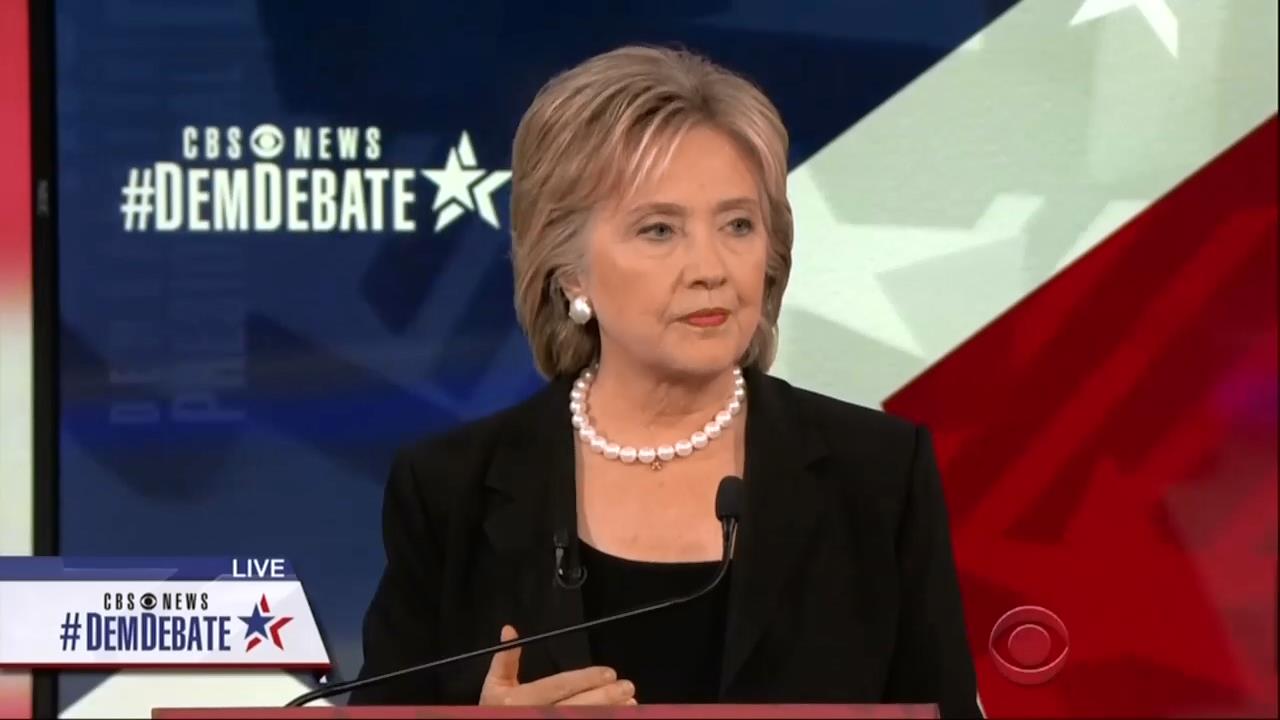 The fact-checking of presidential debates by NPR remains uneven. At the last Republican debate, NPR assigned three reporters to “correct” four GOP claims. On Sunday night, NPR assigned only Danielle Kurtzleben to assess one claim, by Hillary Clinton, and she asserted it wasn't false. It was pretty much okay.

Meanwhile, the Associated Press fact check found Mrs. Clinton made a claim about gun deaths that was "highly exaggerated" and “appears to be unsupported on all counts.” NPR never located that one.

NPR focused on one Clinton claim that the fight against ISIS can still be waged under the original 2001 congressional resolution to pursue terrorists under President Bush. “We have an authorization to use military force against terrorists. We passed it after 9/11,” she said. “I would like to see it updated.”

Anchor Michel Martin suggested “I do think it's important to point out that, as we've said earlier, this authorization is actually very controversial.” Kurtzleben added Hillary’s basically using the same line as Team Obama in recent months.“There are different points of view, and they don't necessarily track along political lines.”

But was it untrue, or misleading? Nah. Kurtzleben reassured the liberal NPR audience that liberals can politely disagree on this matter:

I spoke to Benjamin Wittes. He's from the Brookings Institution today. [He used to write editorials for The Washington Post.] And not everyone would agree with him on this, of course, but what he says is that yes, the administration does have a plausible legal basis for fighting ISIS under this AUMF from 2001. However, he said it's not the cleanest legal argument. It's reasonable to see why they would want something a bit more explicit.

By contrast, Chris Rugaber and Calvin Woodward at AP took up seven questionable statements in the Democratic debate, and led off by crying foul against Mrs. Clinton:

CLINTON: "Since we last debated in Las Vegas, nearly 3,000 people have been killed by guns. Two hundred children have been killed. This is an emergency." She said that in the same period there have been 21 mass shootings, "including one last weekend in Des Moines where three were murdered."

THE FACTS: The claim appears to be unsupported on all counts.

The Gun Violence Archive has recorded 11,485 gun deaths in the U.S. so far this year, an average of just under 1,000 per month, making Clinton's figure appear to be highly exaggerated. The archive had more detailed data for children and teenagers, showing 70 from those age groups killed by firearms since the Democratic candidates debated Oct. 13 — not 200 as she claimed.

Asked to explain the discrepancy, Clinton's campaign pointed to 2013 statistics from the Centers for Disease Control and Prevention and 2010 figures from the Children's Defense Fund. But that's not the time period she said she was talking about.

The only mass shooting recently in Des Moines was Nov. 8, when four people were shot at a night club. One was killed, not three.

For nakedly ideological statements that seem to be un-factual, we might nominate Bernie Sanders claiming "The business model of Wall Street is fraud!" But this doesn't move a single hair among the tax-subsidized "progressives" at NPR.

To be fair, nothing came up in a "Transcripts" search on Nexis for Hillary's gun quotation. No one found that part of the debate worth covering. Some were busy quoting tough-talking on terror from the Democrats.

In a related public broadcasting program, the Sunday PBS NewsHour brought in Angie Holan of the liberal site PolitiFact who didn't find much of anything: Sanders had a True, Hillary had a Half True, and O'Malley had a Mostly True. Yawn.