In the run-up to the papal visit to America, The Washington Post keeps pushing stories against allegedly heartless Catholic positions on the life issues. On Monday’s front page, they promoted this story: “A Catholic hospital in Michigan cited religious reasons for refusing to perform a tubal ligation requested by a woman with a brain tumor.” (Emphasis theirs.) 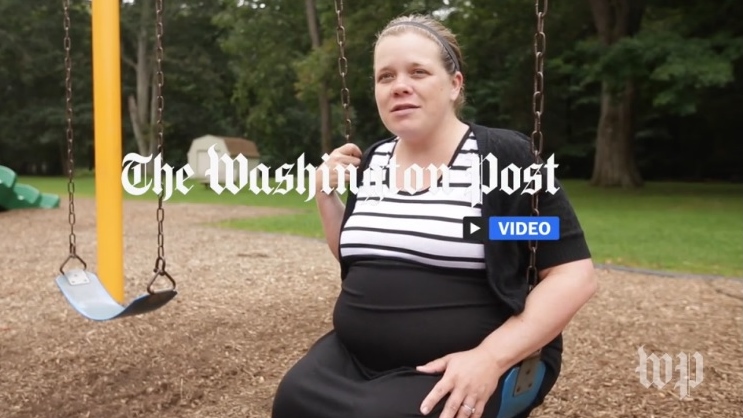 It was painful to hear but ultimately seemed the best course to Jessica Mann and her family. Because of a dangerous tumor in her brain, her doctor gently suggested that she take steps to make sure that she could not get pregnant again.

So Mann, 33, who is due to have her third baby next month, decided that while she was under anesthesia during the birth, she would undergo a tubal ligation — a procedure that would prevent further pregnancies.

But her hospital said no. Genesys Regional Medical Center, which is Catholic, denied the request on religious grounds: Catholic mandates forbid procedures that cause sterilization, including vasectomies, and officials said she did not qualify for an exception.

“I was surprised and upset,” said Mann, who on Friday sent a letter through the American Civil Liberties Union threatening legal action. “And there was anger at the fact that they can disregard medical issues for their religious beliefs.”

From the original front-page mention and the headline, one might guess Mann has a dangerous tumor presently endangering her health. Instead, Mann has a currently benign tumor called a pilocytic astrocytoma, which "can cause blindness or paralysis, among other problems."

The key phrase here is “her hospital.” The online headline was “A pregnant woman wanted her tubes tied. Her Catholic hospital said no.” At the end of the story, Mann says her mother and grandmother were "staunch Catholics," but she "identifies as a Christian."

Mann, a social worker, lives in Flushing, Michigan, considered a suburb of Flint....which has another hospital – and Googling for tubal ligations in Flint offers additional options. Somashekhar and the Post never found any relevance in this easily found fact.

The ACLU doesn’t find that argument of other choices convincing. They’re alarmed that Catholic hospitals get to make these decisions as they increase their share of the hospital market, as Somashekhar helpfully relayed:

According to a 2013 report from the ACLU and MergerWatch, another group scrutinizing Catholic hospitals, the number of Catholic acute-care nonprofit hospitals increased 16 percent between 2001 and 2011 even as the total number of hospitals declined.

By 2011, the report found, 10 percent of all acute-care hospitals were Catholic-sponsored or -affiliated, representing about 1 in 9 hospital beds in the country.

The story offered a brief rebuttal from professor Robin Wilson:

“If it’s not an emergency, why should you wash out the religious character of that hospital?” she said. “You want a diversity of providers so people who have different values can actually find providers who match those values.”

The story gets a little ridiculous when the reader is told that Mann knew full well that “her” hospital was cracking down on doing sterilizations, but tried to press for an exception anyway (fishing for a lawsuit?) and now it’s “frustrating” to do what could/should have been done in the first place:

Mann had heard that Genesys had changed its policies last year and that the tubal ligation would have to be specially requested. Indeed, an Oct. 1, 2014, memo to staff, provided to The Washington Post by the ACLU, said the hospital would halt all planned sterilizations to “strengthen our alignment with the Catholic Ethical and Religious Directives.”

The hospital had indicated it would make some exceptions to the policy for medical reasons, so Mann requested one in May. But early this month, her doctor informed her that the hospital had said no.

The family is in the process of finding a new hospital and doctor while the ACLU presses their case. Being forced to change physicians and hospitals at this late stage in the pregnancy is frustrating and stressful, she said.

The Catholic hospital administrators said she could just get the services separately. The Post retorted with “Her doctor” – who is never named in the story – claiming that Mann must have a sterilization at the same time as her Caesarean section, that “another surgery weeks after a Caesarean could be just as harmful to her health as another pregnancy.”

Earth to the Post and the doctor: If that were true, why is everyone endangering her health by using her as an ACLU plaintiff, instead of urging her to get both procedures at another non-Catholic facility?