PBS: Mostly MIA on Planned Parenthood in the Last Month

Our Media Research Center counts of Planned Parenthood coverage have not counted PBS, since we like to focus first on ABC, CBS, and NBC. But coverage on the PBS NewsHour matches the general trend of scandal coverage. Only the first video mattered much.

On July 17, the NewsHour beat the regular networks by airing a thorough 4-minute, 25-second review by political editor Lisa DesJardins, followed by two minutes and 39 seconds of analysis by Mark Shields and David Brooks. But since those seven minutes, there’s been only 64 seconds of coverage as six other videos came out. 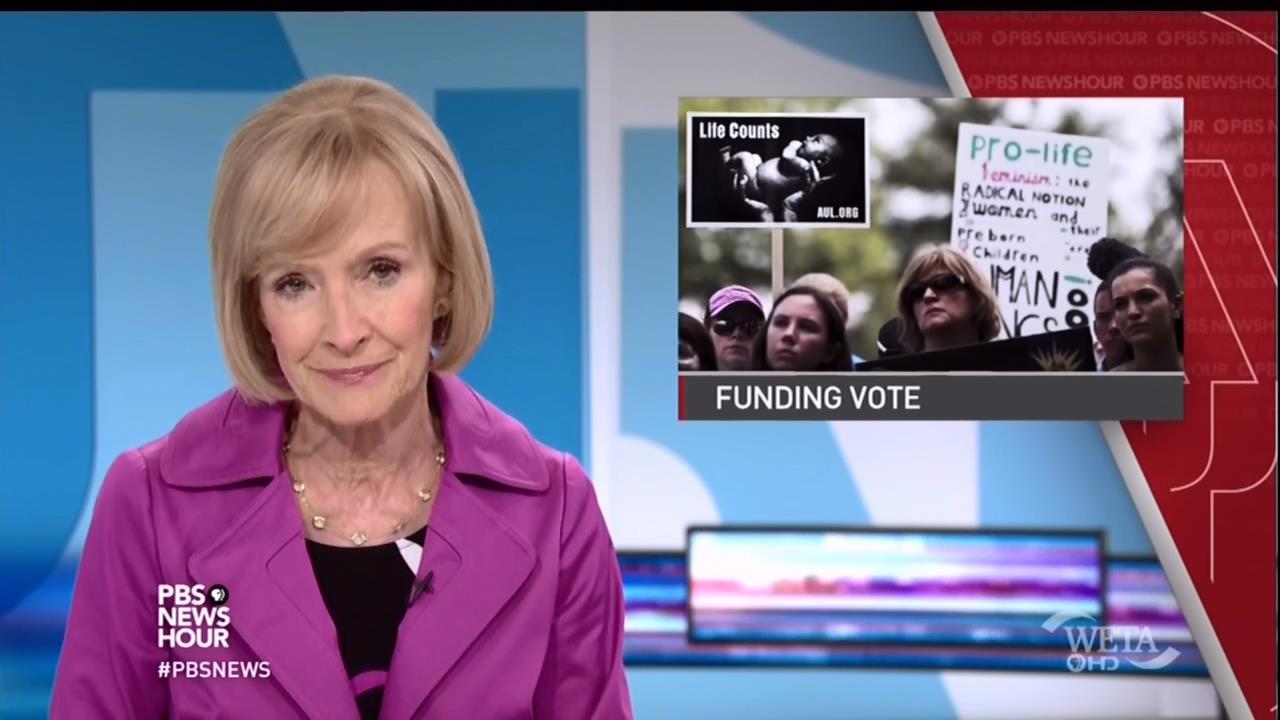 On August 3, PBS anchor Judy Woodruff blandly and briefly noted (for 18 seconds) a vote on defunding Planned Parenthood: “Senate Republicans tried and failed this evening to cut off federal funds for Planned Parenthood. They pressed the issue after the release of videos that show Planned Parenthood officials casually discussing procedures to obtain fetal tissue. The videos were secretly shot by anti-abortion activists.”

On August 4, PBS anchor Gwen Ifill led off an interview with Republican presidential candidate Ben Carson with the Planned Parenthood issue, leading with the liberal spin about its health services for the poor:

DR. BEN CARSON: Well, you know, I have had an opportunity to be the guest speaker at fundraisers for multiple pregnancy centers around the country. They’re all over the place. And they can get those same services there. Plus, they get somebody who counsels them on all the alternatives that they have, and doesn`t sort of push them in one direction.

IFILL: So you`re saying there are other alternatives which don’t involve government money, government funding?

CARSON: Yes, most of those are privately funded.

The Desjardins segment on July 17 balanced its video clips. They included 49 seconds of soundbites from the Center for Medical Progress footage, and matched that with 46 seconds of footage from a defensive video made by Planned Parenthood boss Cecile Richards.

But it’s odd there would be no follow-up on the other six videos, given PBS aired Richards proclaiming “I want to be really clear: The allegation that Planned Parenthood profits in any way from tissue donation is not true.”

This claim is seriously challenged by the videos that follow, especially in the fifth video, when
Melissa Farrell of Planned Parenthood-Gulf Coast in Houston boasts of their skill in obtaining “intact fetal cadavers” and how her “research” department “contributes so much to the bottom line of our organization here, you know we’re one of the largest affiliates, our Research Department is the largest in the United States.”

Shouldn't our taxpayer-funded news outlets show more interest on a story where human lives are brutally crushed and then the organs are bought and sold? Public-broadcasting stars have shown more shame and compassion for al-Qaeda terrorist suspects than the unborn babies in this crossfire. Take for example, from our Best of Notables Quotables 2005, NPR star Nina Totenberg on a show that was distributed to PBS stations:

"I just want to say: Who are we? We are people who have always been for inspections of prisons, for some degree of human rights, and now we’re defending neither.... We have now violated everything that we stand for. It is the first time in my life I have been ashamed of my country."
— NPR’s Nina Totenberg, commenting on a front-page Washington Post report that the "most important al-Qaeda captives" are being held at undisclosed sites on Inside Washington, November 4, 2005.