Donald John Trump (R-Spite) is like Vito Corleone crossed with an 8-year-old. If you’ve been good to him, he’ll be good to you. If you have wronged him, or crossed him, he will throw food at you and then bury you like you wouldn’t believe, understand? The behavior is simultaneously brutish and infantile, which polls nowadays as “refreshing.”

Dan Zak is known for writing uber-long, worshipful profiles of hippies and nuns that throw blood on the walls of U.S. nuclear facilities. If Trump did that, he’d be “refreshing” to Zak. Instead, he’s like a communist dictator: 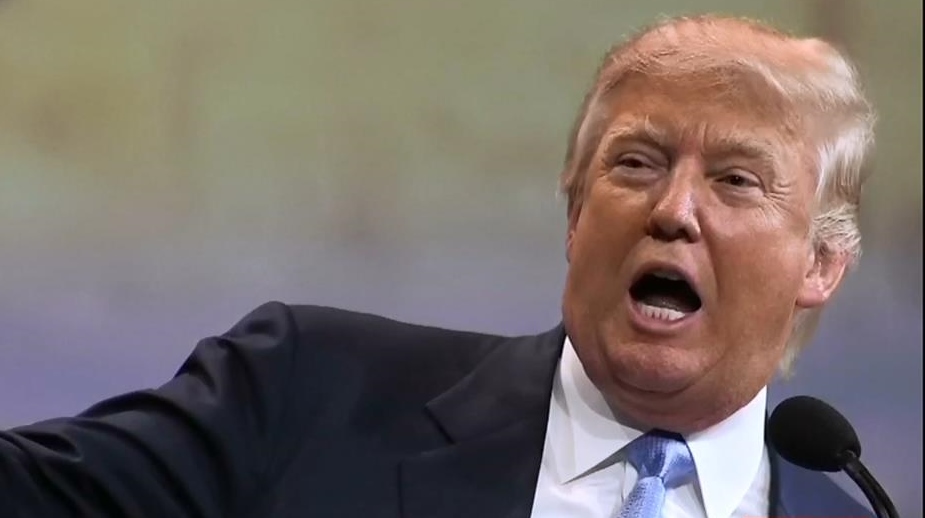 Even his top presidential priority — building a wall — feels both childish and dictatorial.

“Randy said D.J. wouldn’t share any of the trucks. He used them to section off his own part of the sandbox.”

There’s something about Trump’s schoolyard rhetoric that feels familiar. Yes, he stimulates the inner brat in all of us — remember what it was like to do or say anything without any real consequences? — but there’s a more specific echo in the hyperbole, the almost preadolescent megalomania.

“I am the object of criticism around the world. But I think that since I am being discussed, then I am on the right track.”

“If I get my name in the paper, if people pay attention, that’s what matters,” Trump told his real estate lawyer Jerry Schrager, according to Gwenda Blair’s Donald Trump: Master Apprentice.

“Let us bring about a radical turn in the building of an economic giant,” said Kim Jong Un in his 2013 New Year’s address.

“All over the world I make money and I build great things,” Trump said on Fox News in May.

“We’re going to have so many victories,” Trump said in Hampton, N.H., last week.

Kim Jong Il “achieved one victory after another,” his son said last month.

Zak concluded: “Maybe it’s unfair to equate Donald John Trump with Kim Jong Il, but Trump himself has made name-calling fair game in the sandbox.”

Two smears make a right? This isn't a new trick for Zak. He also trashed Rep. Paul Ryan as a childish figure next to Joe Biden at the 2012 vice-presidential debate.