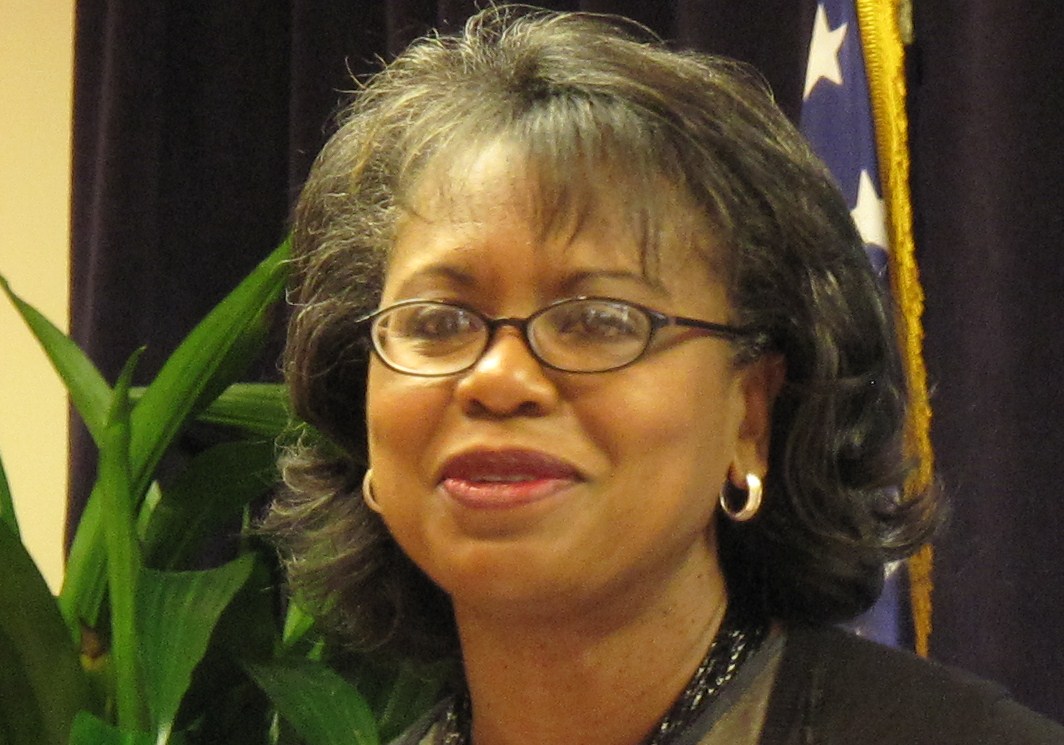 Friday’s Washington Post published an essay by its own arts writer Soraya Nadia McDonald hailing the new leftist documentary on Anita Hill. It doubles down on the alleged sainthood of Anita Hill and her still-unsubstantiated charges of sexual harassment by Clarence Thomas. Nobody ever mentions that this paragon of taking sexual harassment seriously.... wrote in Bill Clinton’s defense in The New York Times during the Lewinsky scandal seven years after her 1991 testimony. She comically pretended not to know that Lewinsky came up in a sexual harassment case brought by Paula Jones. It was in that sexual harassment case that Clinton lied under oath about having sex with Lewinsky.

Instead, McDonald openly channeled The Nation magazine and radical feminist blogs and boasts that there’s no way senators of both parties would ever dare to challenge Hill’s motives (or lack of proof) as they did in 1991:

Imagine if a male member of Congress tried that now: Feminist Twitter would nail him to the wall. There would be countless think pieces about institutionalized sexism and misogynoir. One envisions Amy Klobuchar, Dianne Feinstein and Mazie Hirono (all current members of the Senate Judiciary Committee) initiating the sort of withering, civilized take-down that would send C-Span ratings through the roof — okay, relatively speaking — and make “Daily Show” writers whoop with glee. Feinstein, especially. We know she doesn’t take kindly to mansplaining or condescension because it’s on video.

And maybe that’s a measure of how far we’ve come in the 23 years since Hill testified about allegations of sexual harassment against her former Equal Employment Opportunity Commission colleague, Clarence Thomas. Hill’s credibility was impugned.

“ANITA,” which premiered at the Sundance Film Festival, and opens Friday in D.C., states that Hill was essentially put on trial when the hearings were supposed to be an examination of Thomas’s character because President George H.W. Bush had nominated him to the Supreme Court. Yet there was innuendo suggesting that she was just seeking romantic revenge against Thomas.

To a new generation of women, in the age of “Feministing,” “Feministe” and “Black Girl Dangerous,” [Howell] Heflin’s questions are dumbfounding, and you will look at the screen and think, “He can’t be serious.”

McDonald lets Hill explain that Heflin, a Democrat from Alabama, was trying to to help Hill dismiss attacks on her motives. She ignored Anita Hill’s (eventual) lie to Heflin. He also asked if she was making accusations to enrich herself. She said no....and then signed a million-dollar book deal. More inconvenient truths left on the cutting-room floor.

The better question for McDonald is if the bloggers of Feministing and Feministe would have knuckled under like almost every other feminist when Clinton lied under oath about sexually harassing Paula Jones. Or have feminists never “evolved’ from the 1990s?

Feminists like McDonald always complain that Hill was not on trial – suggesting that Thomas was on trial. In fact, it was not a trial at all, it was a judicial confirmation hearing. It was they who tried to put a nominee on trial with none of the standards of evidence that a trial demands. If Thomas was so guilty, why was he never prosecuted?

In the leftist Profiles of Courage myth around Anita Hill, they never explain that she wanted to take down Thomas anonymously, without ever revealing her name. That’s not the way trials work, either. Hill still resents having to testify because she wanted to kill the Thomas nomination without having to prove her own shaky, unproven story. Back to McDonald:

Hill was the target of attacks, not just in the form of hate mail and death threats, but from the all-male Judiciary Committee that really didn’t understand what it meant to be sexually harassed.

“Sen. [Arlen] Specter, he took an adversarial role,” Hill said in the film, referring to the Pennsylvanian who died in 2012, after serving 30 years in the Senate. “It was clear Specter had come in with a closed mind. He wasn’t open to hearing the facts. That was a real disappointment to people that didn’t understand. In fact, they thought that I was on trial.”

What’s so different from 1991? Women still haven’t achieved parity in Congress or most of American politics. They comprise 20 percent of the Senate and roughly 18 percent of the House. At the current rate of progress, it will take another 500 years for women to reach equal representation in politics, The Nation noted recently.  Attitudes toward issues like sexual harassment and sexual assault have improved, but institutions still fail when it comes to protecting women.

“Even in 1991, there were those people who understood what was going on, and they understood the importance of what I was trying to do in terms of testifying,” Hill said. “So I had my supporters back in 1991. They were in the minority. It’s not only gratifying to me personally, but it’s gratifying to know that as a country, as a society, we can evolve. We can take in a lot of information and process it, and not necessarily be locked into our feelings.”

To the Post, Anita Hill gets to be Society’s Monitor of Evolution on Gender. She gets to declare "We can evolve." Just like in 1991, Hill’s wacky stories of pubic hairs on Coke cans are supposed to be accepted as axiomatically as the demand that 50 percent of government must be female or “you just don’t get it.’

McDonald takes a seriously strange turn when she talks about “rape culture” and starts babbling about Chris Christie and Bridgegate. Earth to Soraya: Bill Clinton, the aggressor you feminists keep ignoring, was accused of rape by Juanita Broaddrick. Why don’t you take off your blinders and see your own transparent hypocrisy? Or are you defending the transactional feminists who proclaim they are willing to ignore it all when the offender votes for feminism, put on kneepads for keeping abortion legal, as Nina Burleigh cracked?

Now we’re fighting battles over street harassment and an epidemic of sexual assault on college campuses and in the military. And it can seem as though progress moves at a glacial pace. Jessica Valenti, founder of “Feministing,” still has to explain why it’s important to identify rape culture when RAINN, the nation’s largest advocate for rape victims, recently told the White House that  rape culture didn’t exist.

In a more subtle, but no less frustrating case, a report by lawyers for New Jersey Gov. Chris Christie blamed the “Bridgegate” scandal on former deputy chief of staff Bridget Anne Kelly’s lack of judgment because she’d been dumped by his campaign manager, Bill Stepien. Said the New York Times: “… the report commissioned by Mr. Christie and released Thursday doubles down on a strategy of portraying Ms. Kelly as duplicitous, weeping frequently and dependent on men for approval and stability.”

In some ways, the atmosphere is still just as adversarial as ever.

Yes, it is. The “atmosphere” is still so cruel as to suggest Anita Hill should have brought evidence to the table or should have gone home.