In Friday's Washington Post, Metro section columnist Petula Dvorak dismissed the half-serious campaign by gay advocates to have the Muppet characters Ernie and Bert get married. She said preschoolers should see two new human characters on the educational PBS show: a gay couple. "Preschoolers will get this," she insisted.

Besides, we shouldn’t rely on puppets to acknowledge our country’s historic progress on same-sex relationships. And that brings us to a campaign I’d really like to see. It is time for “Sesame Street” to add a same-sex human couple to the show.

These are flesh-and-blood, genuine and increasingly legal unions. It’s not something that should be represented by foam creatures.

That’s tempting for some of the folks who are fumbling for a cute storybook way of teaching kids about same-sex relationships. You can read about Tango the penguin or hope that Bert and Ernie have a lovely wedding, but a more powerful lesson is simply seeing Sylvia and Sandra at school pickup, PTA meetings and the park every day, doing what all parents do. 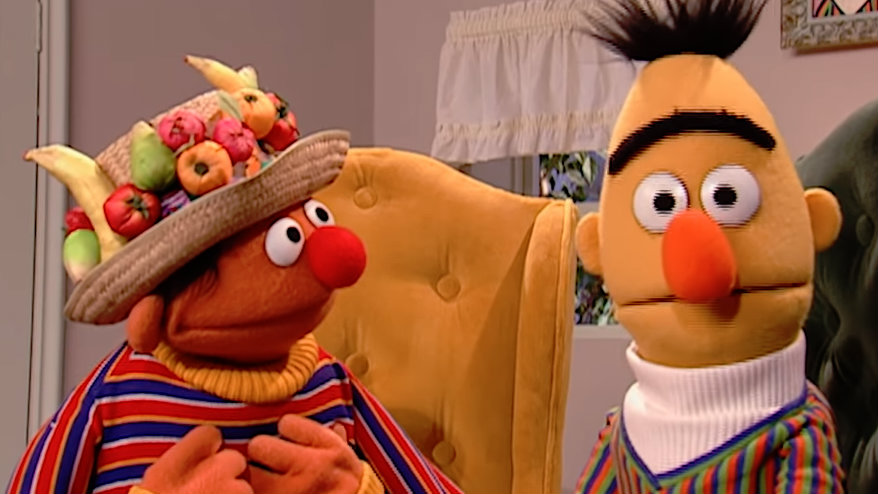 Preschoolers will get this.

And even if same-sex marriage isn’t supported by your religion or values, it’s time to stop pretending that these couples don’t exist. Six states — New York, Massachusetts, Iowa, Connecticut, New Hampshire and Vermont — and the District of Columbia issue licenses for same-sex unions. With the repeal of “don’t ask, don’t tell,” the Pentagon will allow gays to serve openly in the military.

Liberals always think public television should be taking tax dollars and promoting the "social good," which is somehow synonymous with liberalism. Dvorak concluded with a dash of humor, or cynicism:

The relationship needs to be as unremarkable as Susan and Gordon’s race or Luis and Maria’s ethnicity.

As for Bert and Ernie, do we really want to see two of our favorite Muppets slip into the ennui of marriage? A life without pigeons and bubble baths and oatmeal? Absolutely not.