On Friday, Washington Post media reporter Howard Kurtz wrote a "White House rips Forbes" article. Dinesh D'Souza has drawn a "torrent of criticism" for writing that President Obama is motivated by his African father's "anti-colonial" views, Kurtz wrote, but emphasized how the White House is training its fire on Forbes magazine for publishing it, suggesting it's un-factual. Obama spokesman Robert Gibbs asserted "It's a stunning thing, to see a publication you would see in a dentist's office, so lacking in truth and fact." (Has he read Newsweek?)

This isn't about "facts," it's about spins. D'Souza can be accused of putting the president on a psychoanalyst's couch about his father. (As if the media never did this for George W. Bush.) D'Souza shot back to Kurtz that it's simply a fact that the president had a Kenyan father. But Kurtz went into Gibbs-echoing rebuttal mode:

The facts are also these: Obama Sr. abandoned the family when his son was 2, and the future president saw his father only one more time, during a visit in Hawaii when he was 10. Obama Sr. died in 1982.

Gibbs says the Forbes attack comes at a time when there is "no limit to innuendo" against the president, including baseless charges that he is a Muslim and was not born in the United States. Forbes, he says, "left the facts on the cutting-room floor."

This is again, not a "fact," but a spin. Hawaii is clearly more than 2500 miles form the mainland. As much fun as reporters make of hicks in Kentucky or Alabama, suggesting they are out of the mainstream, it's just as fair game to question the "mainstream" cultural viewpoint of Hawaii. If the red states are "less than cosmopolitan," the blue states are "less than nationalistic." 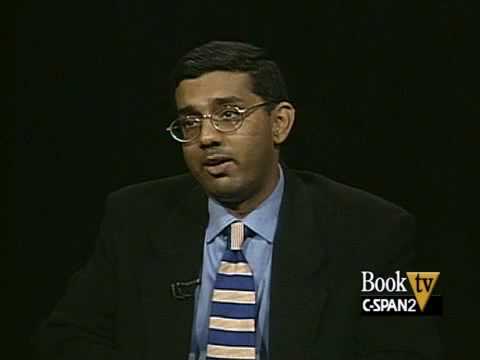 D'Souza's article borrows heavily from Obama's own fact-challenged memoir "Dreams From My Father," so it would be just as fair for Kurtz to suggest to Gibbs that getting elected to office (and becoming a multimillionaire) off a gooey grew-up-fatherless memoir carrying a huge factual disclaimer doesn't grant you the higher ethical ground on "fact twisting." Even if Howard Kurtz thinks it does.

Obama's introduction admits that his quotes in the book are an "approximation," and "some of the characters that appear are composites of people I've known, and some events appear out of precise chronology. With the exception of my family and a handful of public figures, the names of most characters have been changed for the sake of their privacy."

Kurtz put an exclamation point on the liberal argument at the end, without labeling it as liberal:

Columbia Journalism Review this week called the D'Souza article "a fact-twisting, error-laden piece of paranoia" and "the worst kind of smear journalism -- a singularly disgusting work."

In the annals of CNBC cluelessness, this morning’s outburst by the channel’s Rick Santelli is up there with the worst....The segment couldn’t more clearly illustrate the disconnect between the financial-services sector, certain financial journalists, and, you know, “reality.”

So how is this magazine some sort of nonpartisan, independent arbiter of political writing, as Kurtz implied?