MSNBC’s Morning Joe made a humorous blunder on Monday during their latest coverage of the Donald Trump saga. While discussing the effect Trump’s latest controversial comments might have on his campaign, senior MSNBC political analyst Mark Halperin, of Bloomberg, quoted a tweet from a news service they implied was the North Korean goverment:

MARK HAPERIN: There is someone coming to his [Trump] defense though.

JOE SCARBOROUGH: Who is that?

The punch line? The twitter handle "@DPRK_News" belongs to a parody account! And they vowed their revenge on the “U.S. television stooge.”

Score one for MSNBC's research team!

Below is the brief transcript from this segment:

MARK HALPERIN: He could have handled it better. There is someone coming to his defense though.

JOE SCARBOROUGH: Who is that. 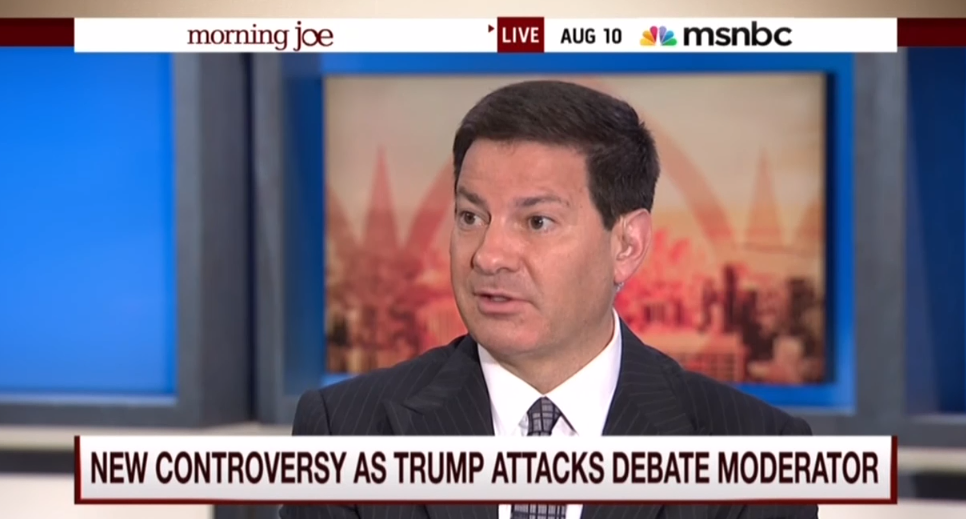 SCARBOROUGH: Do we have that Alex? The North Koreans, Here we go: “U.S. media in total disarray as venomous Fox News declares war on noted scholar Donald Trump.” So there you go