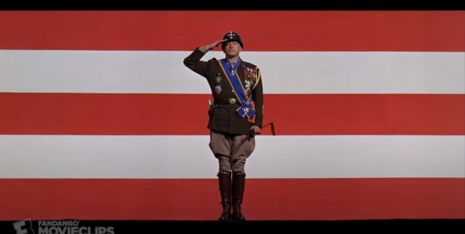 Hollywood produces a lot of liberal, anti-American films. But, occasionally, filmmakers get things right, offering movies and TV shows that showcase the best about our country. In honor of Independence Day, we at NewsBusters compiled five of the most patriotic movie or TV scenes.

They can be serious classics, like the Academy Award-winning Patton. But even schmaltz-y popcorn movies like movies Red Dawn and Rocky IV captured a time when Hollywood actually portrayed the U.S. as a force for good and not evil.

If you are making up a patriotic movie/TV marathon for the long weekend, here's a good place to start.

"Abigail Adams" (Laura Linney): [Reading the Declaration of Independence.] And for the support of this Declaration with a firm reliance on the protection of Divine Providence, we mutually pledge to each other our lives, our fortunes and our sacred honor.