If you’re providing a roadblock to the Democratic agenda, there’s no words too evil for the left. And you’ll get no defense from the liberal media That was proven once again this month as a former top aide to Barack Obama lashed out at Kyrsten Sinema, calling her a “cunt,” “bitch,” “asshole” “trash.” That venom was spewed by Alyssa Mastromonaco on the January 13 Pod Save America podcast.

Yet in the last two weeks, there’s been no coverage on the networks or CNN or MSNBC. This builds on a pattern of downplaying or censoring media bullying and harassment of Sinema and Manchin. Talking to the Pod Save America co-hosts (all former Obama aides), Mastromonaco melted down: “I think [Sinema is] a cunt. That’s what I have to say.” (Extreme liberals love this epithet. Back in 2018, “comedian” Samantha Bee used her TBS late night show to trash Ivanka Trump as  a “feckless cunt.”)

Defending the vile comment because “I’m a woman,” she ranted about the moderate Senator’s speech opposing ending the filibuster, Mastromonaco excoriated:

Mastromonaco was a media favorite during the Obama years. On April 17, 2014, CBS devoted seven minutes to the “scary powerful” Democrat.

Just this month, journalists and analysts compared Sinema and Manchin to Bonnie and Clyde, suggested that fellow Democrats “give her the back of their hands” and called them racists.

Last December, I wrote about instances of bullying or harassment that Manchin and Sinema suffered. They included: Protesters surrounding Manchin in his care, screaming and swarming him. Leftists activists disrupting a wedding Sinema was officiating. They also followed the Arizona senator into a bathroom. 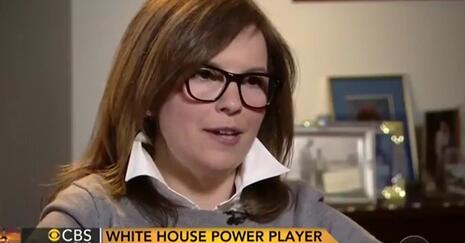 ALYSSA MASTROMONACO: And I think in her [Kyrsten Sinema] speech, she talks about the disease of division. Um, also you guys, she gave the speech as Joe Biden was on her [sic] way up to the hill. So anyway, it’s the shittiest, grossest, like, most disrespectful thing she could have done. I think she’s a cunt. That’s what I have to say.

POD SAVE AMERICA HOST: Wow. Do I have to beep that? That’s the first ever use —