FLASHBACK: At Christmastime, Al Roker Talked About ‘Sin’ of Not Fighting Climate Change

Christmas 2021 is just one week away. It's a time when millions of Christians prepare to celebrate the birth of Jesus Christ and reflect on the nature of their faith. So it would be interesting if a network news show would talk about religion this time of the year. It just so happens that Al Roker brought up “sin” just three years ago today. But it's not what you think. This was about the sin of global warming.

On the December 20, 2018 edition of Today, the morning show profiled a Christian church that is taking a stand on global warming. After Dr. Katharine Hayhoe talked about the responsibility to save the Earth, Al Roker cheered “Amen to that. We are stewards of this Earth. And to not take care of it, and to not take action, is a sin.”  (This is the same Roker who is “thrilled” by NBC’s new climate unit to promote environmental activism.)

Co-host Carson Daly touted the segment by hyping, “This morning, we're taking you to one church where scripture isn't the only thing they're preaching about.” These are the same networks that routinely ignore the Christian presence at the annual March for Life rally.

Now when it comes to faith not related to “sinning” against climate change, Roker is looser in his piety. On February 15, 2021, when talking about the radically pro-abortion Joe Biden, the Today co-host talked to Washington D.C. Cardinal Wilton Gregory. Roker gushed, “As someone who was raised Catholic, it was a special honor to talk to him about... our second Catholic president as his parishioner.”

The Today host didn’t say whether he thought abortion was a “sin.” 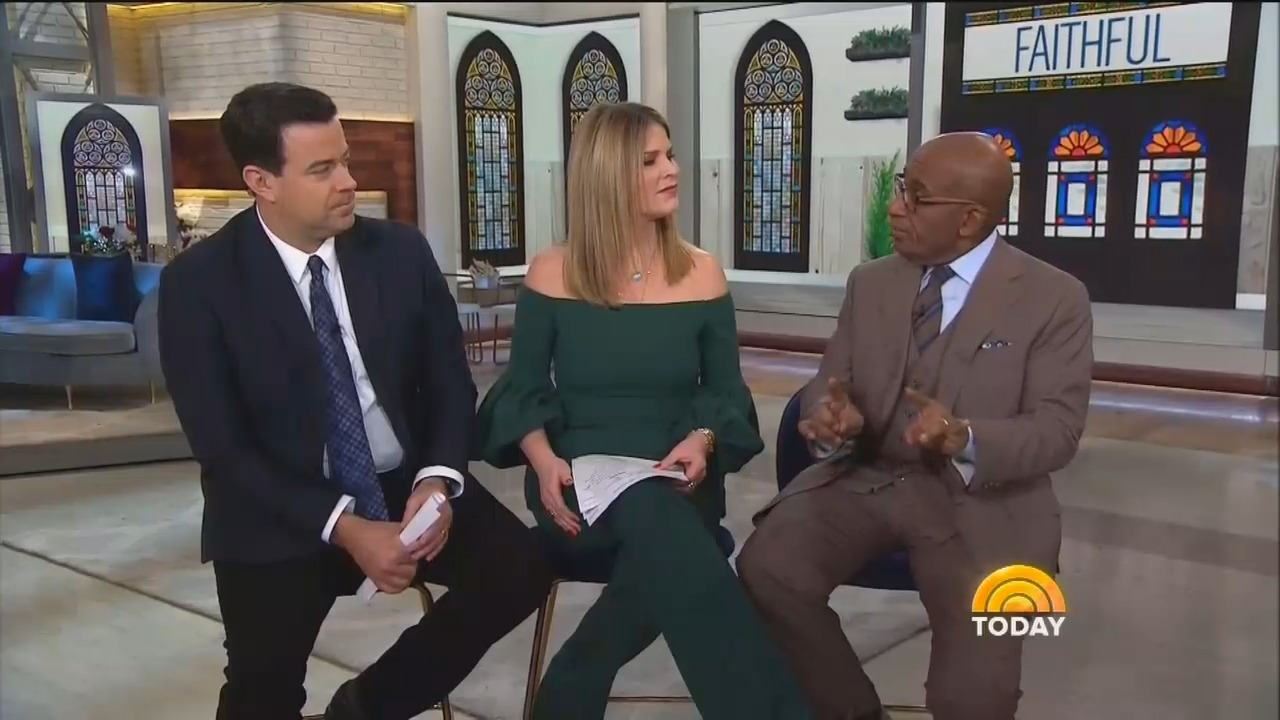 AL ROKER: Now it's time for the latest in our faithful series.

CARSON DALY: That's right. This morning, we're taking you to one church where scripture isn't the only thing they're preaching about.

JENNA BUSH HAGER: We met two women of faith who are hoping to get people thinking about climate change. In this Washington D.C. sanctuary, evangelical pastor Chris Moermon and wife Jessica are keeping the faith.

CHRIS MOERMAN: Welcome to Grace Capital City. We are so glad that you are here tonight.

BUSH HAGER: Teaching their church about the science behind global warming.

BUSH HAGER: It's a career Jessica chose because of her faith, not in spite of it.

JESSICA MOERMAN: There's a feeling that to be a scientist you have to leave your faith at the door. I was really lucky to have key leaders within my church really show me that I didn't have to choose.

BUSH HAGER: Now Chris and Jessica are trying to set an example for other young Christians including their three-year-old son, Liam.

BUSH HAGER: Jessica says the key is to start the discussion and then take the time to listen.

JESSICA MOERMAN: So, when I talk to people about climate change who may be skeptical about whether this is even happening, the first thing I do is listen. Because what I find is that often it's not an issue about the science itself or the facts of climate change itself. It's a problem with the solutions that have been offered that don't match their personal values. Our young congregation is just really hungry to have this conversation, and they're out there looking for answers.

DR. KATHARINE HAYHOE: Jessica and I are pretty much the founding members of a very exclusive club: climate scientists married to pastors.

BUSH HAGER: Both women are motivated by their faith to teach others about the global impacts of climate change.

HAYHOE: Climate change is profoundly unfair. Those who have contributed the least to the problem are those who bear the greatest impacts. We can say “I don't believe in the science,” but whether we believe in it or not, it's real. You can say I don't believe in gravity, but if you step off the cliff, you're going down.

BUSH HAGER: Hayhoe travels around the country to congregations like Jessica's to deliver a different kind of sermon.

HAYHOE: As a Christian, if we truly believed what it says in the Bible, then we would be at the front of the line demanding action on climate because we're told in the first book of the Bible that we humans are given responsibility over every living thing on the planet.

BUSH HAGER: Hoping to show how faith and science can work together.

BUSH HAGER: It is. Okay, Dr. Heyhoe recently gave a new Ted Talk on the subject of climate change. And as for Jessica is currently completing a fellowship exploring the intersection of science, technology and policy. Awesome women.