In reaction to Saturday’s March for Our Lives, multiple conservative writers and commentators took to Twitter to call out the media for a discrepancy on coverage between the gun-control rally and the March for Life. They weren’t wrong: the broadcast networks covered the March for Our Lives 13 times more than the pro-life march, the night of each event. To give an idea how much ABC, CBS and NBC devoted to the latest protest, they also covered it 4 times more than the Women’s March. 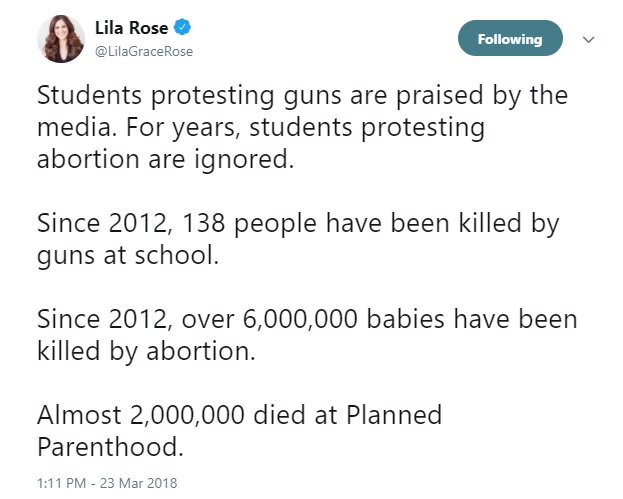 During their Saturday news shows the evening of the March for Our Lives, ABC, CBS, and NBC spent nearly a half hour (28 minutes, 23 seconds) highlighting the event. For comparison, the same evening shows gave 2 minutes, 6 seconds to the March for Life, Jan. 19. And even newer marches, like the Women’s March, received 6 minutes, 43 seconds on Jan. 20. 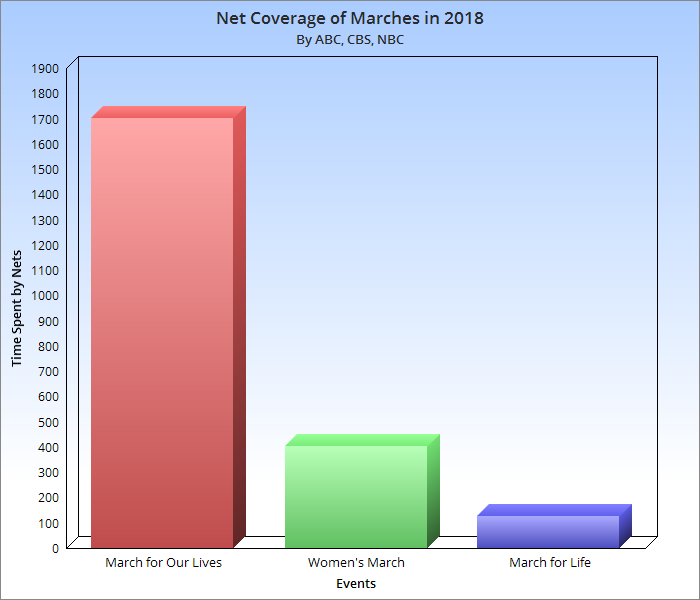 But, according to National Review fellow Alexandra DeSanctis, a recurring march should be even more newsworthy. 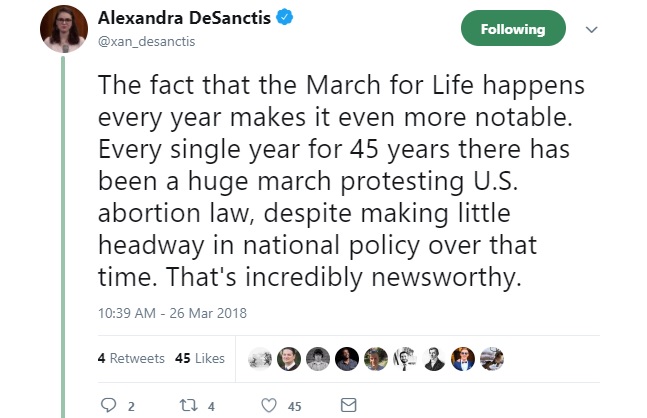 Just like the March for Our Lives occured in multiple cities, so do pro-life rallies. States like California attracted tens of thousands at its Walk for Life held around same time as the March for Life.

According to organizers, more than 100,000 Americans attended the 45th March for Life on Jan. 19. It made history as, for the first time ever, the president addressed the crowds live via satellite. The rally condemns abortion and remembers the millions aborted around the anniversary of the Supreme Court’s 1973 Roe v. Wade decision, which legalized abortion in the U.S. In years past, reports have estimated more than or close to half a million attendees at the largest annual march in Washington, D.C. 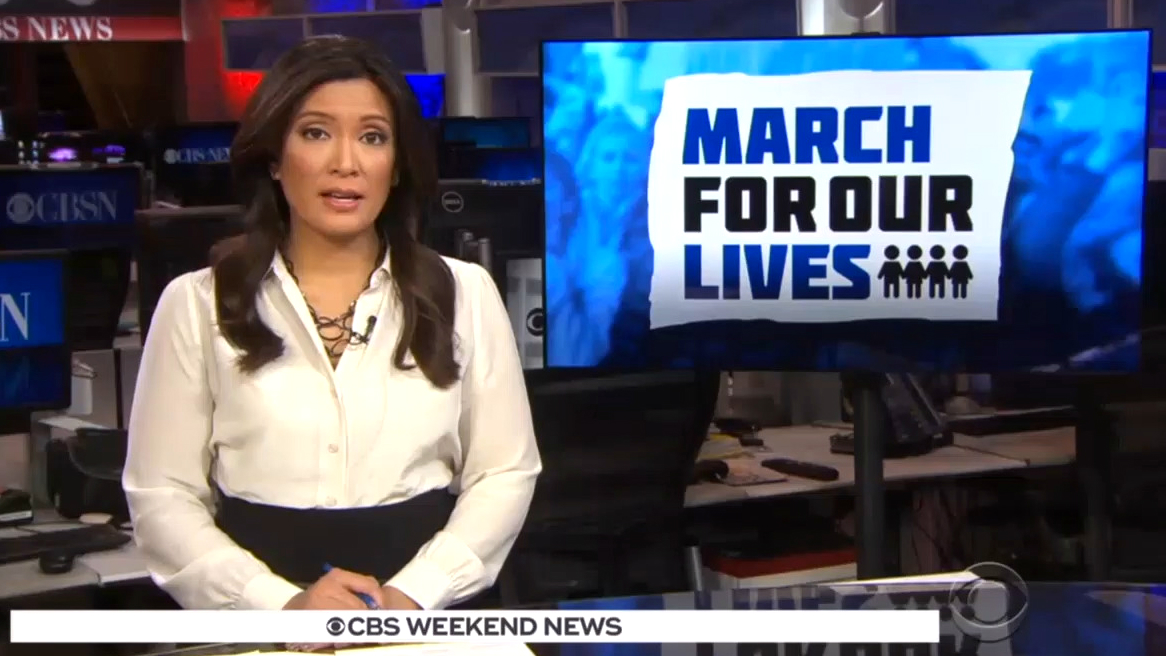 While the media routinely downplay the March for Life numbers, some inflated March for Our Lives crowd estimates. According to CBS, a headcount firm estimated 202,796 in Washington D.C. at the peak of March for Our Lives that called for gun control and remembered the 17 students horrifically shot in Parkland, Florida.

Back in February, Fox News hosts argued that if the media are going to cover teenagers’ opinions on guns, they should also listen to them on abortion. During her Feb. 20 show, Laura Ingraham stressed that young Americans impacted by the Parkland shooting have a say, but that the media have a “double-standard problem” when reporting on America’s youth – like the many that march in the March for Life.

“Let's say we give those kids some mention as well and maybe a little empathy, or at least a little fair coverage, that would be nice,” she concluded. “The kids count? Well that means all of their views.”

Speaking of which, some of the Parkland survivors and families of victims who favor gun rights weren’t invited or allowed to speak at Saturday’s rallies.

At the most recent March for Life, MRC Culture interviewed many of the youth attending about why they identified as pro-life.

Methodology: MRC Culture watched the evening news shows from the three broadcast networks (ABC, CBS, and NBC) directly following March for Our Lives on March 24, 2018 and the March for Life on January 19, 2018. MRCC watched those same evening news shows from ABC and NBC directly following the Women’s March on January 20, 2018. For CBS, MRCC watched the Women’s March Evening News segment online (only local news aired on east coast). MRCC counted coverage directly on and stories related to/mentioning the marches. MRCC did not count a 1 minute, 59 second CBS segment on YouTube banning gun videos that did not mention Parkland. Teasers to segments were not included in the time tally.