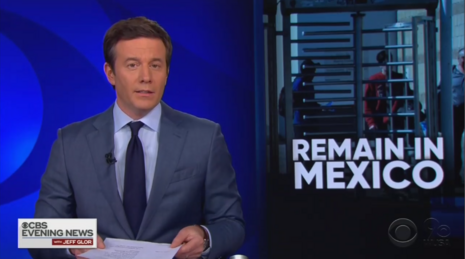 Question: When is a policy no longer cruel? Answer: When Joe Biden adopts it from Donald Trump.

The Biden administration endured yet another policy failure last week as the President conceded defeat and announced he will reinstate Trump’s “Remain in Mexico” policy in November. This means asylum seekers will have to wait in Mexico during immigration court hearings.

The news came late Thursday night. But according to an analysis by the Media Research Center, the network evening and morning newscasts from Friday to Tuesday have hid the reversal of a policy that ABC, CBS and NBC once described as cruel and fear-inducing. 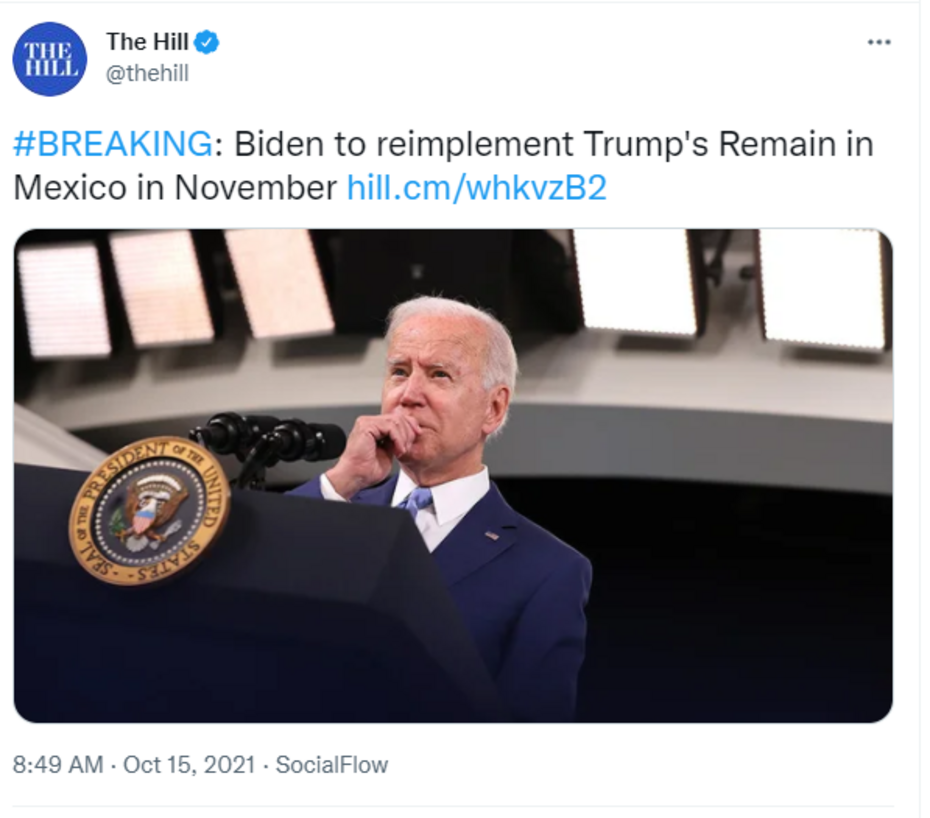 Back in April of 2019, the CBS Evening News decried the policy of keeping illegals in Mexico while waiting on asylum claims. On April 3, 2019, CBS correspondent Omar Villafranca reported from Mexico and talked to two young men “who are legally seeking asylum in the United States have been sent back to remain in Mexico to await their hearing.”

He sounded skeptical as he noted, “The Trump administration says they need to expand the ‘Remain in Mexico’ program because of a dramatic surge in the number of asylum seekers to the U.S., which they say is overwhelming the system.”

As we now know with the current border crisis, it is absolutely true to say the system is being overwhelmed. On April 14, 2019, ABC’s This Week brought on far-left Congressman Bennie Thompson to seethe: “This ‘Remain in Mexico,’ the zero tolerance put in by the attorney general. All those things have just created this crisis.” Host George Stephanopoulos only meekly challenged, citing the skyrocketing apprehensions: “What can be done to get this under control?”

On October 8, 2019, the CBS Evening News devoted an entire segment to the danger of the “Remain in Mexico” policy. Here’s anchor Norah O’Donnell:

The Trump administration’s immigration crackdown on the southern border is expanding. All asylum seekers are now required to remain in Mexico to await their day in U.S. immigration court. And as Mireya Villarreal in Nuevo Laredo, Mexico, shows us, the wait is long and dangerous.

Villarreal warned, “In these shelters, fear is only outmatched by the uncertainty most families now face.”

In August of 2021, the Supreme Court by a 6-3 ruling approved lower courts forcing the Biden administration to reinstate the policy. On August 25, 2021 NBC's Justice Correspondent Pete Williams suggested the conservatives on the Court were fine with poor conditions in Mexico: “Tens of thousands lingered in makeshift tent cities. Human rights groups said many were attacked by criminals and drug gangs.”

He lamented, “Tens of thousands lingered in makeshift tent cities. Human rights groups said many were attacked by criminals and drug gangs.”

The only reason this is happening is because as Sean mentioned, this is a federal judge that said you have to do this. And it was upheld by the Supreme Court. It’s a lawsuit filed by Texas and Missouri, saying that it was against what they were trying to do on the border. And it was harmful to the operation. I talked to Rodney Scott, the head of Border Patrol under both Trump and Biden recently.

And he said one of the best things that happened was remain in Mexico, really helped with the numbers on the border. And it was the best thing going non-partisan. It just happened to be under the Trump administration. Well, now the Biden administration says they're going to do it by mid- November, but they're only doing it kicking and screaming because a federal judge said they had to.

Somehow, what the liberal media saw as cruel and inhumane treatment during Trump no longer matters now that Biden is president.