The journalists hiding the anti-Semitism of Congressman Rashida Tlaib continued this work this week as ABC, CBS and NBC ignored the revelation that the Democrat participated in a virtual campaign event in March with an extreme Palestinian activist who has questioned the Holocaust. Tlaib appeared with activist Maher Abdel-qader. As FoxNews.com reported on Wednesday, “In one case, he shared a now-deleted video to Facebook that claimed ‘satanic’ Jews secretly control the media and have exaggerated the Holocaust’s death toll.”

But the networks have, thus far, refused to cover Tlaib appearing with the man behind these abhorrent comments. As the New York Post reported, here is an Instagram screen shot of the event hosted by Abdel-qader. 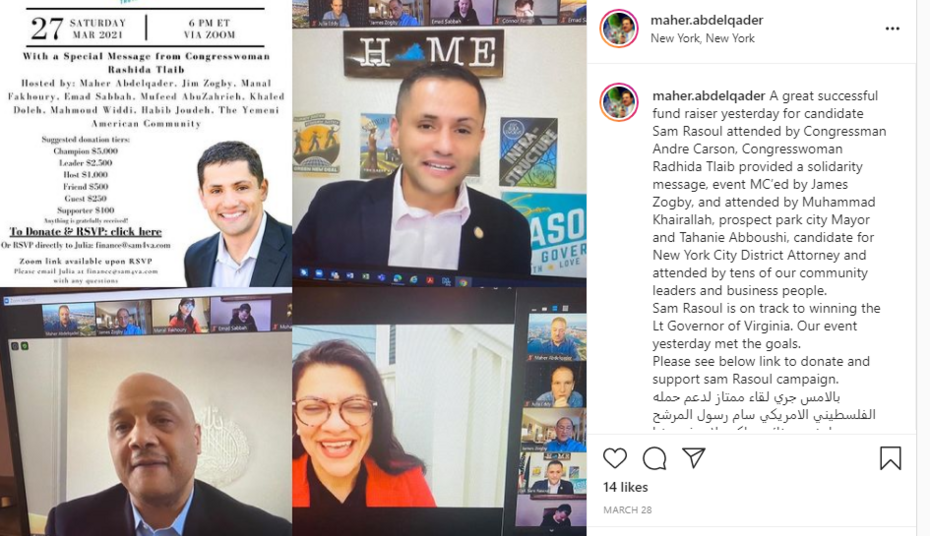 Abdel-qader is also a donor and fundraiser for Tlaib. The Post explained:

He was found to have shared since-deleted posts on his page that had anti-Semitic content including a video that said Jews controlled the media and another that said Jews in Israel were not “real Jews.”

As NewsBusters Executive Editor Tim Graham pointed out on Friday, it’s not like they are ignoring Tlaib this week:

ABC, CBS, and NBC all found time to report on radical Rep. Rashida Tlaib pressing Biden on a Detroit tarmac to stick it to Israel. On CBS, Ed O’Keefe relayed “one of the biggest critics of his response, Michigan Democratic Congresswoman Rashida Tlaib, who has family in the West Bank, told the President that Palestinian human rights are not a bargaining chip, and must be protected.” 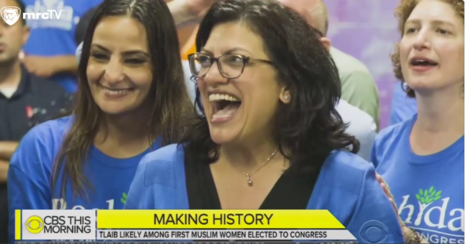 When Tlaib ran for Congress in 2018, CBS This Morning cheered her as an inspiring new voice. No mention of the then-candidate’s anti-Israel views. In 2019, she went on an anti-Semitic rant, claiming that Palestinians lost “their lands” and “lives” after helping Jews in the wake of the Holocaust.

(For more on Tlaib's outbursts, see an analysis by the MRC's Kyle Drennen.)

Clearly, Tlaib’s anti-Semitic outburst is a problem for Democrats, but the networks are doing their best to hide her bigotry.

The silence on CBS This Morning was sponsored by Progressive insurance, by Dove on Good Morning America, by Starbucks on Today.