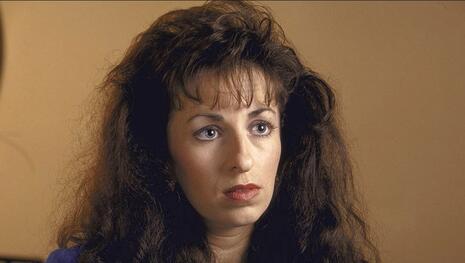 Some scandals are more important than others. This week, media outlets are doing their best to contain the fallout from a bombshell story by the New York Post alleging secret evidence of Hunter Biden’s corrupt dealings with a Ukrainian gas company, as well as Joe Biden’s knowledge.  Yet, four years ago this week, journalists were doing everything they could to protect former Democratic President Bill Clinton and potential president Hillary Clinton.

After the Access Hollywood tape leaked of Donald Trump making vulgar comments, journalists jumped all over it. The MRC’s Tim Graham showed the disparity in how they covered disgusting talk by Donald Trump vs. shocking acts of violence by Bill Clinton.

Graham broke down each Clinton accusation vs. the continually mounting Access Hollywood scandal. For Paula Jones, he explained on October 10, 2016:

The media’s fascination with the Trump-and-Billy-Bush tape keeps adding up. In the first three days of coverage – Friday evening through Monday morning – MRC analysts determined the ABC, CBS, and NBC morning and evening news programs have aired more than 150 minutes of coverage.

The feeding frenzy over Trump’s crude sex talk dwarfs the media focus on Bill Clinton’s crude sex talk – and actions. On February 11, 1994, Paula Jones appeared at the Conservative Political Action Conference to allege that then.-Gov. Bill Clinton sexually harassed her in a hotel room in 1991. In the first three days, that drew....16 seconds.

Jones alleged that an Arkansas state trooper delivered her to a hotel room to meet Clinton. There, he exposed himself and asked her to perform oral sex on him. The New York Times offered a tiny 249-word story.

By the end of the day, that was up to 167 minutes. Graham then contrasted to Kathleen Willey, who claimed Clinton groped her:

This is far more than the networks gave to Bill Clinton's accusers. On July 30, 1997, when news trickled out that the Paula Jones legal team had subpoenaed Kathleen Willey, the networks offered one minute and 34 seconds of coverage (on CBS and NBC). ABC aired nothing initially in those first days.

CBS Evening News aired a brief story (without naming Willey) on how Paula Jones’ lawyers had subpoenaed Willey to testify. Bill Plante warned: "But unless and until this case is settled, this is only the beginning of attempts by attorneys on both sides to damage the reputations and credibility of everyone involved."

By October 11, 2016, the total was up to 198 minutes. The MRC’s Graham contrasted to Juanita Broaddrick, who accused Bill Clinton of rape:

The networks continue their fascination with the crude Trump tape story. After four news cycles, from Friday night through Tuesday morning, the Big Three networks have aired 198 minutes and 13 seconds of coverage on Trump telling NBC’s Billy Bush in 2005 that you can grab women in the crotch and get away with it if you’re a star. By contrast, the networks have only managed 13 minutes and nine seconds of air time on the Wikileaks information dump on Hillary Clinton. That’s an imbalance of interest of 15 to 1.

These four days of coverage far outpace the entire amount of coverage these networks have ever given on their morning and evening newscasts to Juanita Broaddrick’s allegation of rape by Bill Clinton in a Little Rock hotel in 1978. After Broaddrick granted an interview to Lisa Myers and Dateline NBC in 1999, the network sat on it for weeks....until Bill Clinton was not removed from office by the U.S. Senate after an impeachment trial.

If you are a politician facing a massive scandal, it's good to be a Democrat. Over the next few weeks, expect the corrupt media to do their best to protect Joe Biden from this unfolding bombshell.