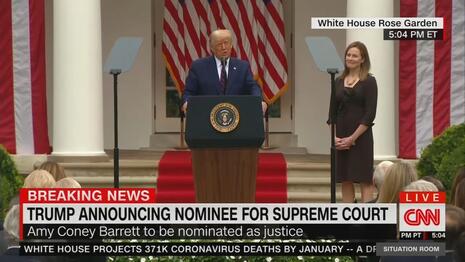 Donald Trump on Saturday night announced Judge Amy Coney Barrett as his Supreme Court nominee to replace the late Ruth Bader Ginsburg. Barrett has been a possible Court pick since 2018 and hateful journalists have already smeared the “deeply religious” Catholic and compared her views to a character in The Handmaid’s Tale who promotes rape and violence against other women.

As MRC's Kyle Drennen and Nick Fondacaro wrote on Monday, the network morning and evening shows began flashing warning signs about Barrett even before she was even chosen. Today justice correspondent Pete Williams reminded, “One of the leading contenders clearly opposes abortion rights... Administration officials say the frontrunner is Judge Amy Coney Barrett.” He alerted that “she’s a former Notre Dame law professor and devout Catholic.”

On Thursday, ABC, among other outlets, pushed the false notion that Barrett belongs to a Christian group that was the inspiration for the far-left HBO screed The Handmaid’s Tale. After using the typical “devout Catholic” language, Tom Llamas smeared:

Also under the microscope, Barrett’s link to a small charismatic Christian community called People of Praise....According to its website, “many of its members choose to make a lifetime commitment to the community – a covenant.” Members are assigned a personal adviser. Men were called “heads” and women were called “handmaids.” But those titles since changed to “leaders,” amid speculation the group may have inspired the novel and Emmy-award winning drama The Handmaid’s Tale.

Making the above hate pointless, he then admitted this wasn’t true: “But author Margaret Atwood saying that’s not accurate, telling ABC News there were several inspirations.”

In the summer of 2018, Barrett was considered for the Supreme Court seat that ultimately went to Brett Kavanaugh. Appearing on MSNBC, NPR’s Nina Totenberg on July 3, 2018 defended the Democratic grilling of Barrett in 2017 for her 7th Circuit Court of Appeals position. There, Senator Dick Durbin probed: “Do you consider yourself an orthodox Catholic?”

Senator Dianne Feinstein warned of how faith would impact the judge’s professionalism: “...The dogma lives loudly within you, and that’s of concern.” Yet, Totenberg defended this, saying, “I did not think that that was... an incredibly anti-Catholic question that Dianne Feinstein asked. I thought her point was that 'I see religion, as opposed to law, rearing its head in your writings.”

During the July 3, 2018 CNN Newsroom, Daily Beast editor Erin Gloria Ryan slimed a Barrett pick as an “Aunt Lydia” nominee, referring to the oppressive character in The Handmaid's Tale who justifies rape and violence against other women.

I don't really care... who is taking my rights away. If I got punched in the face and it was a woman. I wouldn’t be, like, “Yay, feminism.” I don't consider a person who has rolled back Roe v. Wade a victory for women at all. And actually, I was thinking, you know, it is kind of a dubious position. But I'm sure that whoever if he does pick a woman she will be known as the Aunt Lydia of the Supreme Court. She will be a woman who will be expected to take away a right that women have had in America since 1973.

On July 3, 2018,  Peter Alexander delved into Barrett’s religiosity, portraying the nominee as some kind of weird candidate outside of the mainstream: “A strong conservative, Barrett also has a pretty interesting bio. She’s Catholic, has seven children, and is a member of a small religious group called the People of Praise, where members swear a loyalty oath, what they call a covenant.”

Moments later, Washington Post Associate Editor Eugene Robinson chuckled as he joined the morning show to take another jab at Judge Barrett: “Susan Collins, you know, for example on Barrett, she might have some problem with the Handmaid thing, right? Which I think a lot of people would have problems with.”

Later on July 3, 2018, MSNBC's Alex Witt dismissed the idea that Trump would get any credit for nominating a woman like Barrett:

ALEX WITT: Some conservatives are also suggesting that nominating a female justice.... Is that all for appearance? Because the female judges now under consideration particularly this Amy Barrett could vote to overturn Roe v. Wade if you look at her past.

BETSY WOODRUFF (Daily Beast, politics reporter): I think it is wishful thinking the idea that if the president nominates a female justice like Amy Coney Barrett that there won't be any sort of backlash against her.

As her nomination goes forward, expect journalists on all the networks to attack Barret’s faith as disqualifying and an example of a dangerous mind. 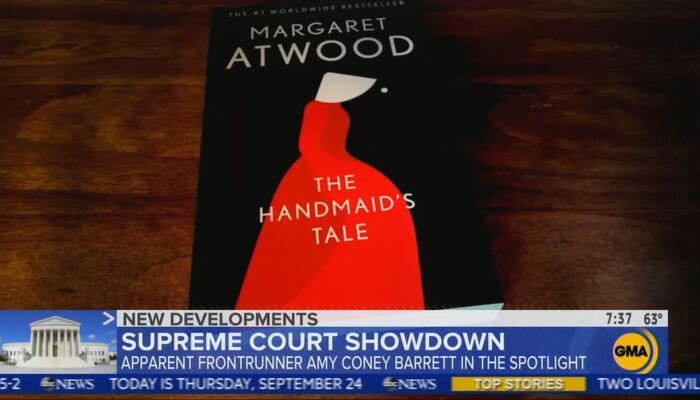 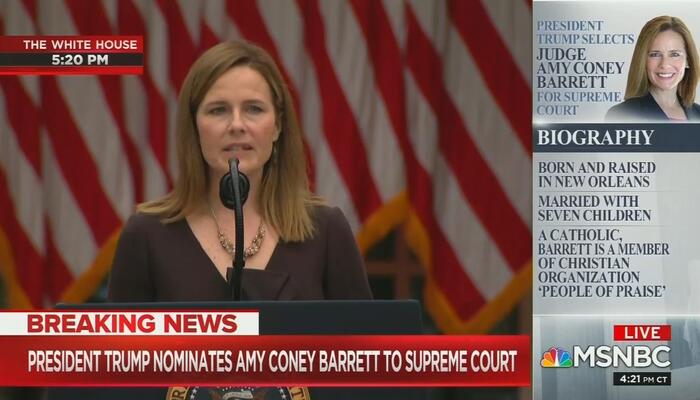 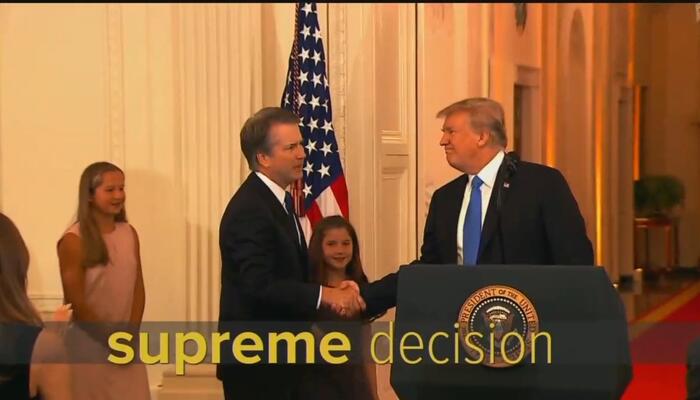 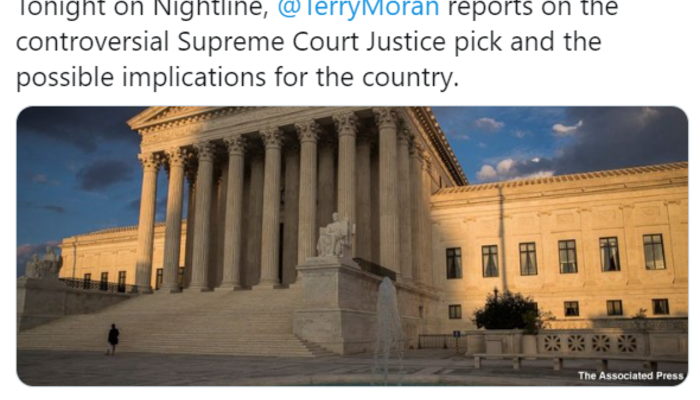 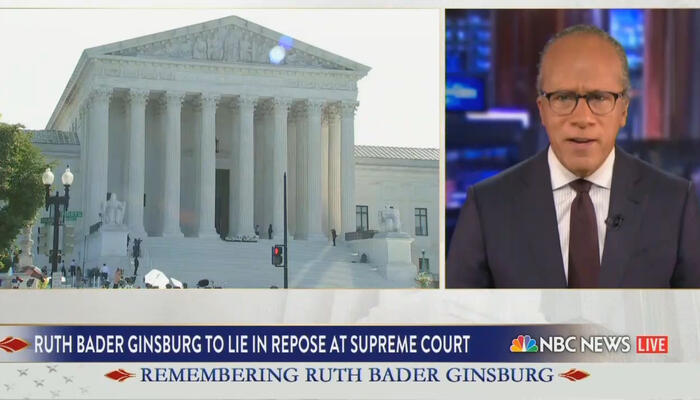 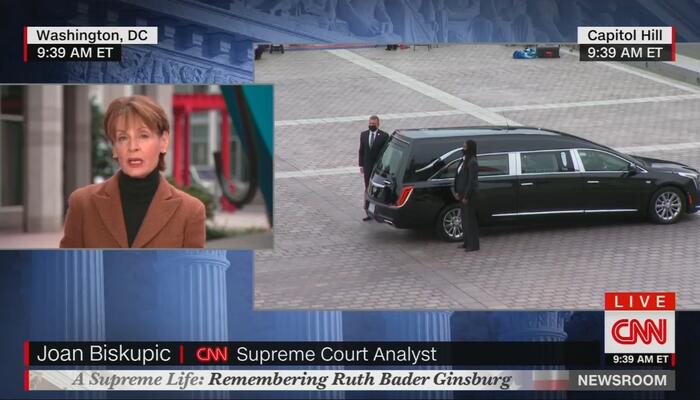 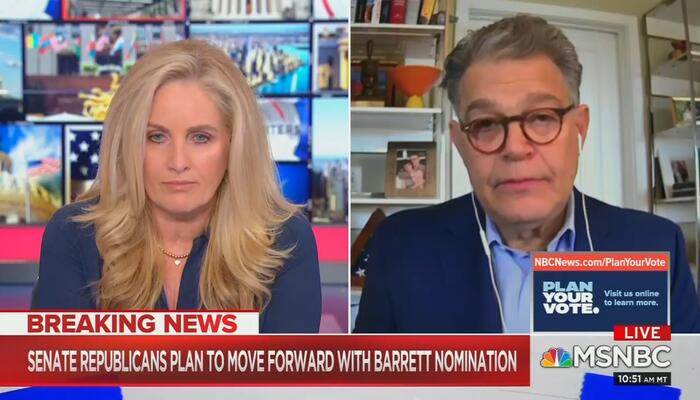 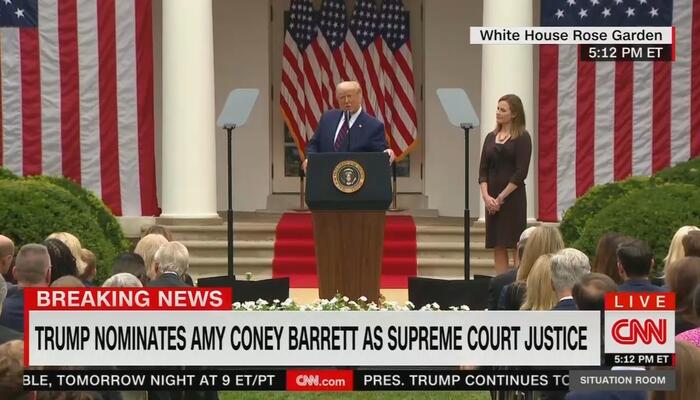