They Think You Are Dumb: Networks Continue Spin of 2020 ‘Moderate’ Dems

The journalists at CBS This Morning on Monday waved goodbye to Pete Buttigieg’s 2020 campaign with one last disingenuous claim that the liberal Democrat is a “moderate.” This weekend, all three networks cheered mysterious “moderate” alternatives to Bernie Sanders. Apparently, all you have to do to be a centrist is simply not take a vacation to the Soviet Union like Bernie Sanders.

CBS’s Dean Reynolds offered this howler about Buttigieg’s just-ended presidential bid: “The 38-year-old former Navy officer and one of the youngest presidential candidates in modern history rose to the top of a crowded Democratic field with a moderate platform.” That’s just blatantly false. The Democrat vigorously supports abortion at all levels. He actively endorses new gun control legislation and he’s also endorsed packing the Supreme Court with liberals. How is any of that moderate? (For examples of his liberal stances and past “moderate” spin, go here.)

Here's a montage from this weekend of attempts to call various 2020 Democrats moderate:

This kind of talk isn’t exclusive to CBS. On Sunday’s Meet the Press, Chuck Todd questioned Joe Biden: “Are you concerned, though, that Michael Bloomberg, and in your candidacy, you're appealing to the same group of voters, the same sort of moderate, centrist pragmatists?” 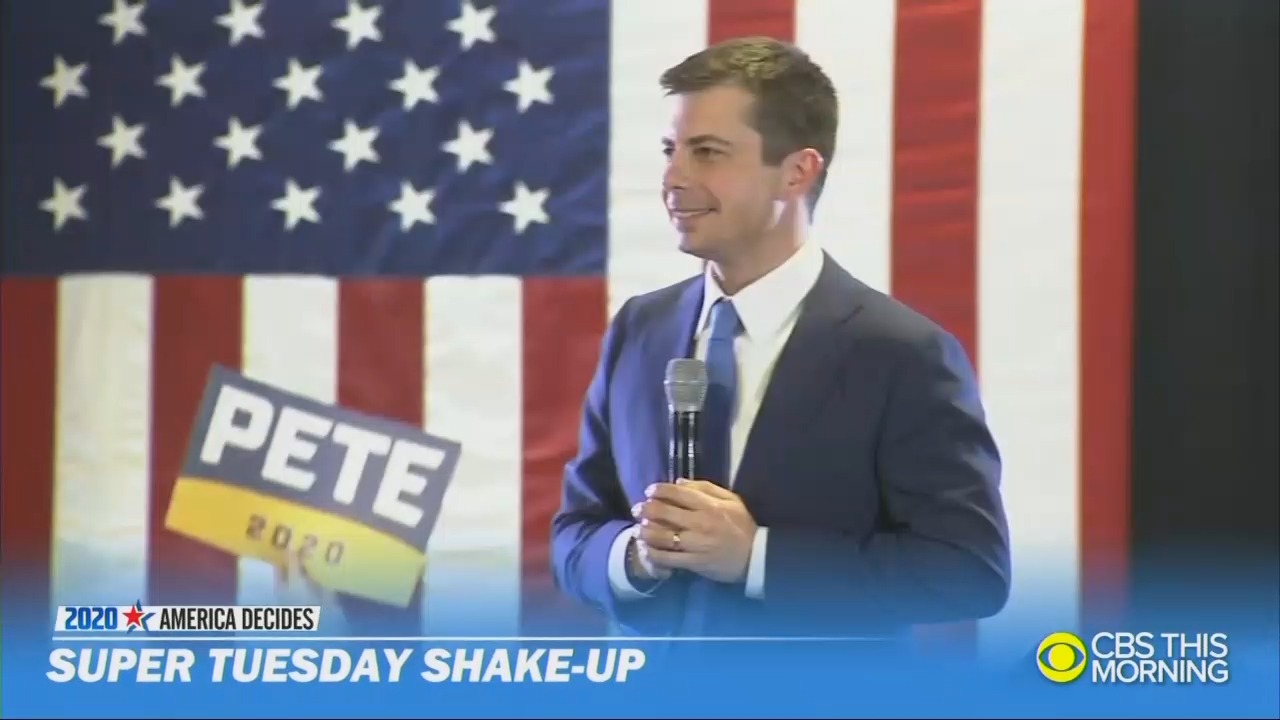 On Sunday’s Good Morning America, Dan Harris fretted over the threat that Sanders poses: “But for the anti-Sanders, moderate Democrats, Democratic establishment, this has to be worrying I would imagine. Isn't it possible that Bernie could emerge from Tuesday having a lead that's really insurmountable?”

Back in September, CBS’s Ed O’Keefe praised Buttigieg’s “moderate” health care plan as “sounding pretty good.” The journalist hyped, “[Buttigieg is] hoping to gain support for sure and definitely wants to talk up this idea because he sees it as a more moderate alternative to Medicare for all.” (The plan isn’t moderate. By Buttigieg’s own admission, it would likely lead to government-run health care.)

In November, the networks wondered if the “moderate” Bloomberg will harm “moderates” Biden and Buttigieg. What are these candidates moderate on? Not being an official, announced socialist seems to be about it. The real problem for the networks is a fear of Sanders losing in a landslide, should he be the nominee.

A transcript of the CBS This Morning segment is below. Click “expand” to read more.

TONY DOKOUPIL: Joe Biden’s decisive win in South Carolina may have been a key factor in Buttigieg's decision to leave the race. The former Vice President sees himself as the only candidate who can beat Bernie Sanders. Buttigieg suggested he ended his campaign to try to stop Sanders from running away with a delegate lead. As Dean Reynolds reports, his withdrawal was almost as unexpected as his campaign itself.

CHSTEN BUTTIGIEG: I told Pete to run because I knew there were other kids sitting out there in this country who needed to believe in themselves, too.

DEAN REYNOLDS: An emotional Chasten Buttigieg introduced his husband at a final rally in South Bend, Indiana, where the campaign started over ten months ago.

PETE BUTTIGIEG: I'm a proud son of South Bend, Indiana, and I am running for president of the United States.

REYNOLDS: The 38-year-old former Navy officer and one of the youngest presidential candidates in modern history rose to the top of a crowded Democratic field with a moderate platform.

BUTTIGIEG: Senator Sanders believes in an inflexible, ideological revolution that leaves out most Democrats, not to mention most Americans.

REYNOLDS: Buttigieg won the most number of delegates in Iowa, had been unable to build a broad coalition of support, particularly among black voters, something he addressed on CBS this Morning, back in December.

BUTTIGIEG: There’s a lot of skepticism of the new person showing up, but I welcome that challenge because it's critically important, not only to win, but to deserve to win.

REYNOLDS: Nearly three months later, He got only three support from black voters in South Carolina, according to CBS news exit polls. Supporters were shocked by the news of his withdrawal, but say he will be remembered for breaking barriers.

ALAN VILLAFANA: He didn't win the presidency but he has opened a door and hopefully inspired LGTBQ people to run for office.

JOEL PAYNE (CBS News political contributor): He is, if you just look generationally, the candidate best positioned over the next decade-plus to be a big player within the Democratic party.

REYNOLDS: Now, Payne also told us that by withdrawing now, Buttigieg has probably pleased the Democratic Party establishment, which had been pressuring him and other hopefuls to get out of the race and let a single moderate candidate solidify support. Anthony?