Pompous Jim Acosta Speech: The ‘Truth Gets Under Your Skin’ 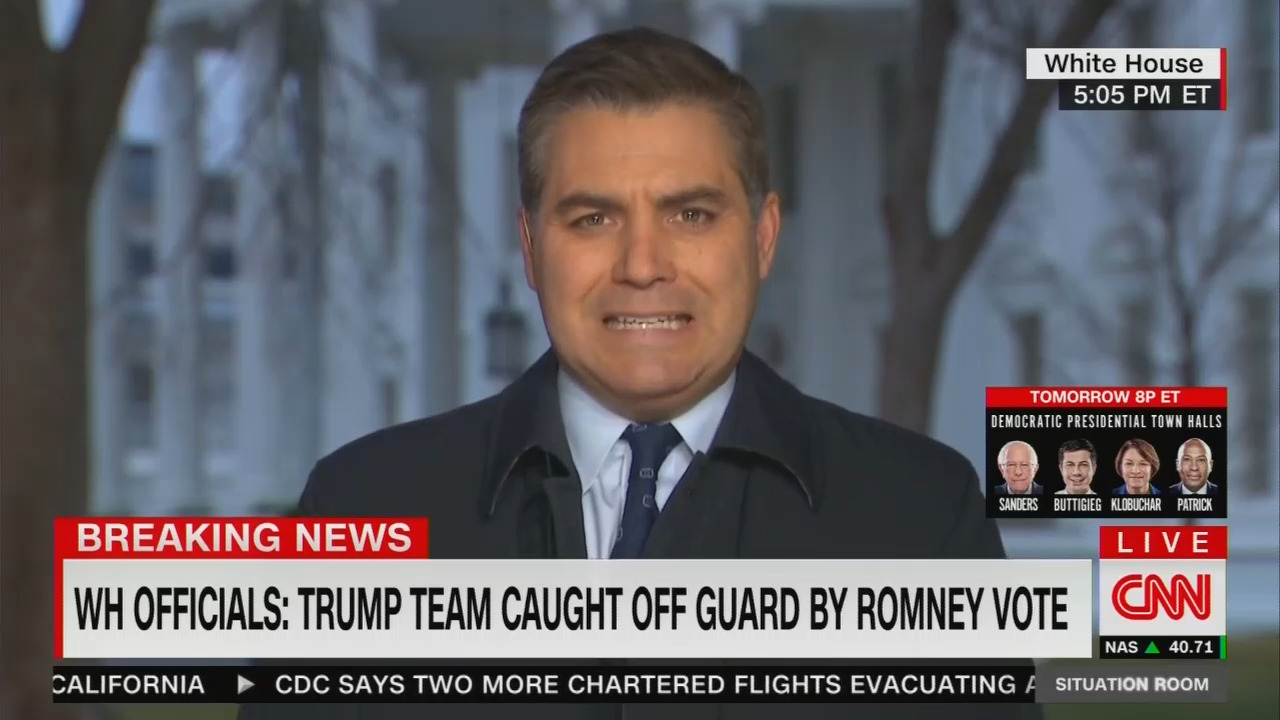 Liberal CNN journalist Jim Acosta appeared at Point Park University on Thursday to lecture on how his truth telling “gets under your skin.” Acosta also explained his worry that the President’s comments could lead to violence against the press. According to a story in The Pitt News on Friday, “The concern I have is that if you have a situation here in the U.S. where a journalist is seriously injured or killed, we cease being the United States of America that we grew up with.”

Preemptively blaming Trump for anything that might happen, Acosta added, “When the president gets up there and starts laying into us and accusing us of deliberately misreporting the news, what often happens after the event is over is people come up to us and start screaming ‘traitor.’ There is a cause and effect.”

This isn't the first time the journalist has said such a thing. In January of 2018, he used a variation:

The moment that there’s a dead journalist on the side of the highway, because of the rhetoric coming out of the White House from the President of the United States, is a day that we become something less than the United States of America.

As explained by Pitt News staff writer Rebecca Johnson, Acosta deemed himself an “equal opportunity pain in the butt”:

Despite criticizing Trump, Acosta calls himself an “equal opportunity pain in the butt.” Acosta said he doesn’t vote in the presidential election so as to keep himself a “news monk.”

However, as the MRC’s Rich Noyes explained in 2018, Acosta fawned over Obama:

At Obama’s second Inauguration, Acosta was positively giddy while covering the parade. “You know, I feel like I should pinch myself right now,” he told anchor Wolf Blitzer. “I can’t believe I have this vantage point of history in the making.”

Acosta proclaimed, “There is something about the truth that gets under your skin.” Of course, the article included the requisite tribute to his “courage”:

Allison Hritz, a Point Park University student and member of campus media, said she is impressed by Acosta’s ability to put himself in harm’s way for a story, including facing the screams from the audience.