“News analysis” is a euphemism in the New York Times (and other papers) for “editorial we want on the front page.” On Thursday, the paper echoed the hacky excitement shown by CNN and others over the Democratic impeachment managers. Here’s the headline from Thursday’s “news analysis”: 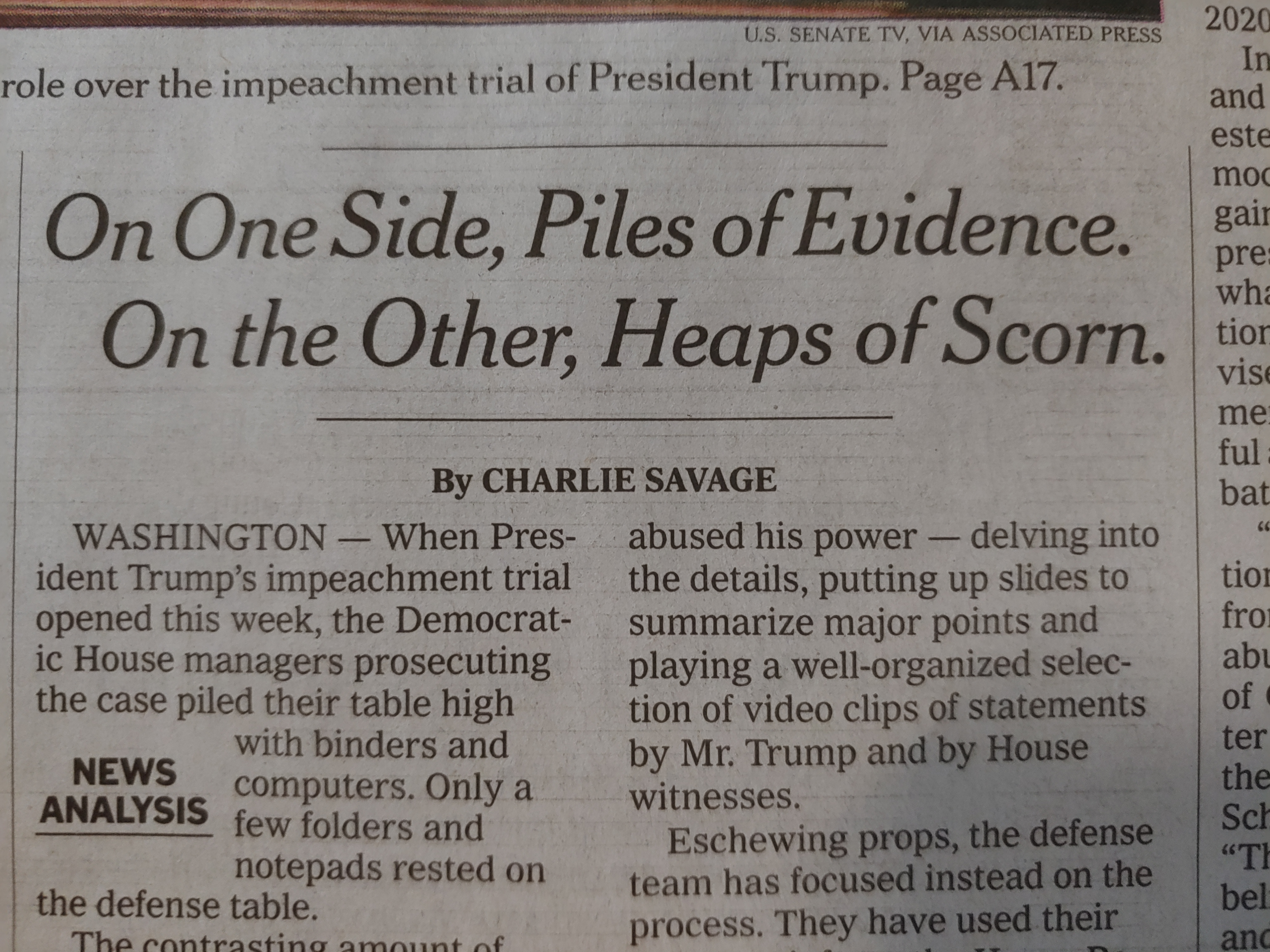 Perhaps someone at the Times thought this was a bit much because the online version is noticeably toned down: “Two Legal Teams With Contrasting Strategies Face Off in the Capitol.”

In its opening days, the House managers have focused on the facts. They are trying to build a clear and coherent story around their theme that the president abused his power — delving into the details, putting up slides to summarize major points, and playing a well-organized selection of video clips of statements by Mr. Trump and by House witnesses. 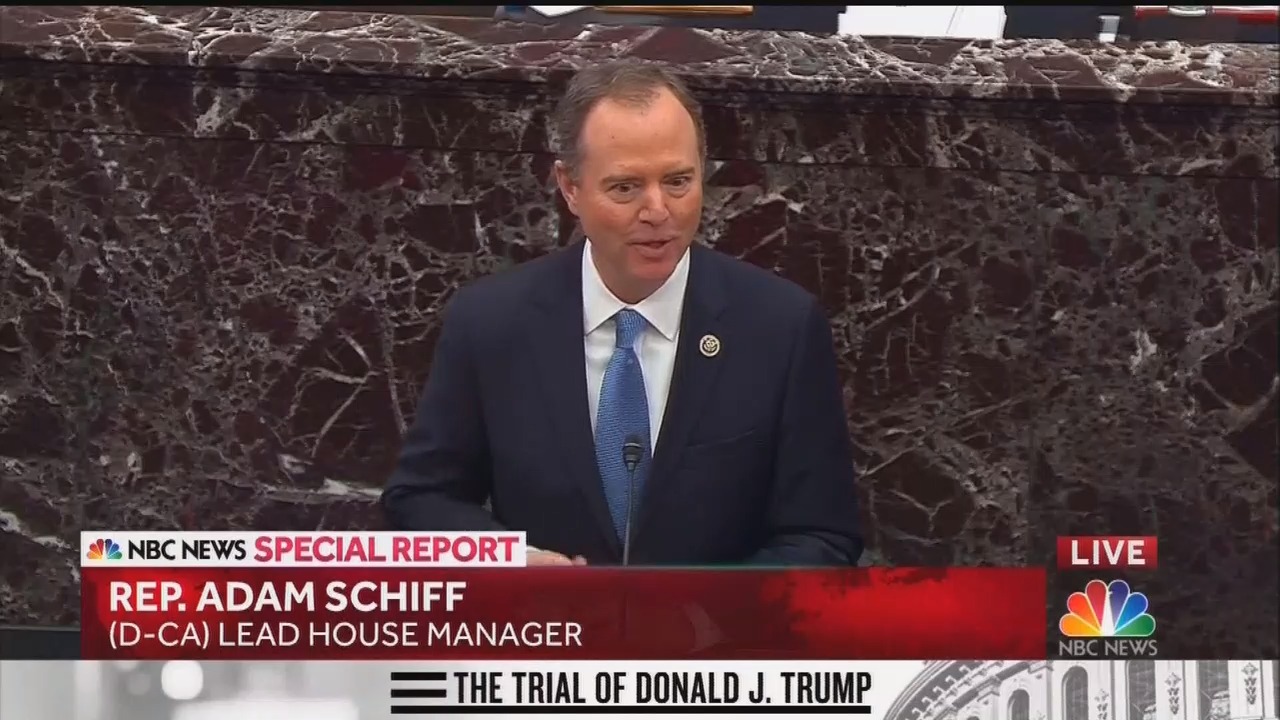 In contrast, he chided:

Eschewing props, the defense team has focused instead on the process. They have used their time to reinforce the House Republican theme that impeachment is a sham and unfair to Mr. Trump — urging the Senate to swiftly dispose of the case without subpoenaing any additional documents or testimony.

Evoking a hate object of the Times and its liberal journalists, Savage compared the Republican defense to Fox News:

Their strategy appears based on a narrative that is familiar from Mr. Trump’s Twitter feed and Fox News programming — that the impeachment is unfair — and amplify it to a group that already believes it: Mr. Trump’s core supporters, a bloc in the Republican Party that can threaten the political future of any Republican senator either by backing a primary challenger or by failing to turn out during a general election.

Showing the paper’s typical agenda, Savage cited a former prosecutor to declare that “everyone knows what Mr. Trump did.” He compared the GOP defense to jury nullification.

James G. McGovern, a defense lawyer at Hogan Lovells and former federal prosecutor, argued that everyone knows what Mr. Trump did, but that Republicans simply do not believe it was worthy of impeachment. He said the Trump team’s tactics reminded him of an analogy from the criminal trial world: the occasional refusal by a jury to refuse to convict a defendant even if the accusations are true.

Savage’s previous “news analysis” articles include wondering whether a mean tweet by Trump could be considered “witness tampering.” Turns out, no.