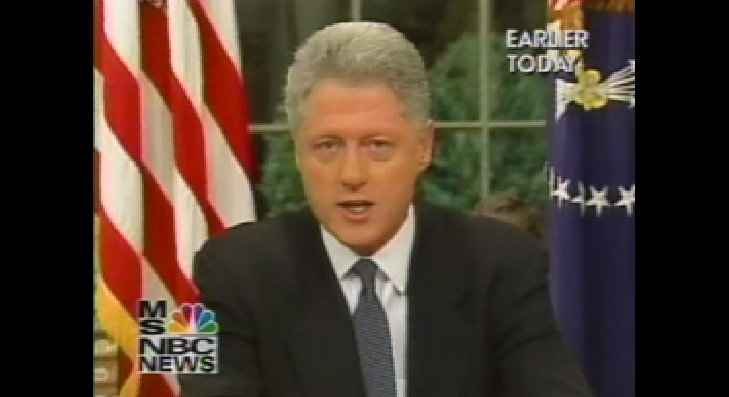 Ever since Donald Trump last week ordered the killing of Iranian terrorist Qasem Soleimani, journalists have skeptically questioned his motives and the timing of the strike in the midst of an impeachment effort. On the Sunday Today, Harry Smith cynically noted that “impeachment, no one’s talked about impeachment, what, for two or three days now?” The New York Times wondered if Trump was trying to “wag the dog” to divert from impeachment.

Just over 21 years ago, when Bill Clinton ordered air strikes over Iraq during his impeachment, journalists provided a very different response, bemoaning a “cynical” age and possibly “treasonous” questioning of a sitting president’s military power. On the December 17, 1998 edition of the NBC Nightly News, Gwen Ifill chided, “With the nation at war, the question is whether it's even appropriate to act [on impeachment] now.” 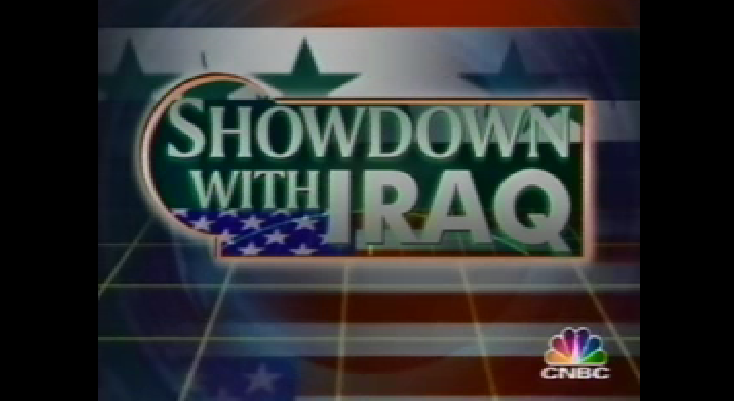 On that same day, World News Tonight anchor Peter Jennings bemoaned that “there was not the traditional rally around the leader support that usually results while American forces are in action overseas.”

Over on cable, Brian Williams — not yet disgraced for telling all sorts of falsehoods on air — used the December 16, 1998 edition of MSNBC’s The News to lament the “cynical” questioning of Clinton ordering the attack during impeachment: “Is it the height of cynicism in the '90s that we are discussing this at all? That anyone doubts the purity of a President's moment when committing troops in action militarily?"

In a separate segment, a clearly depressed Williams lamented the failure of Republicans to support Clinton: “One of the most disturbing and deeply cynical days in American political memory when you have the head of the Senate saying he does not support the air strike because he doesn’t believe in the motive or the timing.”

On the December 16 and 17 editions of Upfront Tonight, host Geraldo Rivera melted down about Republican concerns over the timing of air strikes. Talking to Oliver North, he fumed on December 16: “During Vietnam, sir, I believe you would have called those kinds of criticisms of the Commander-in-Chief treason."

On December 17, he condemned, “As salvo after salvo of cruise missiles continue to punish Iraq, Republicans in Congress are engaging in conduct that during the war in Vietnam they called giving aid and comfort to the enemy.”

Twenty one years after Bill Clinton ordered a military strike during impeachment, Donald Trump took out a dangerous terrorist during his own impeachment. What has changed? For journalists, it’s now a Republican president taking action — not a liberal Democrat. So, cynicism and questioning the motives of the Commander-in-Chief are now suddenly in vogue.