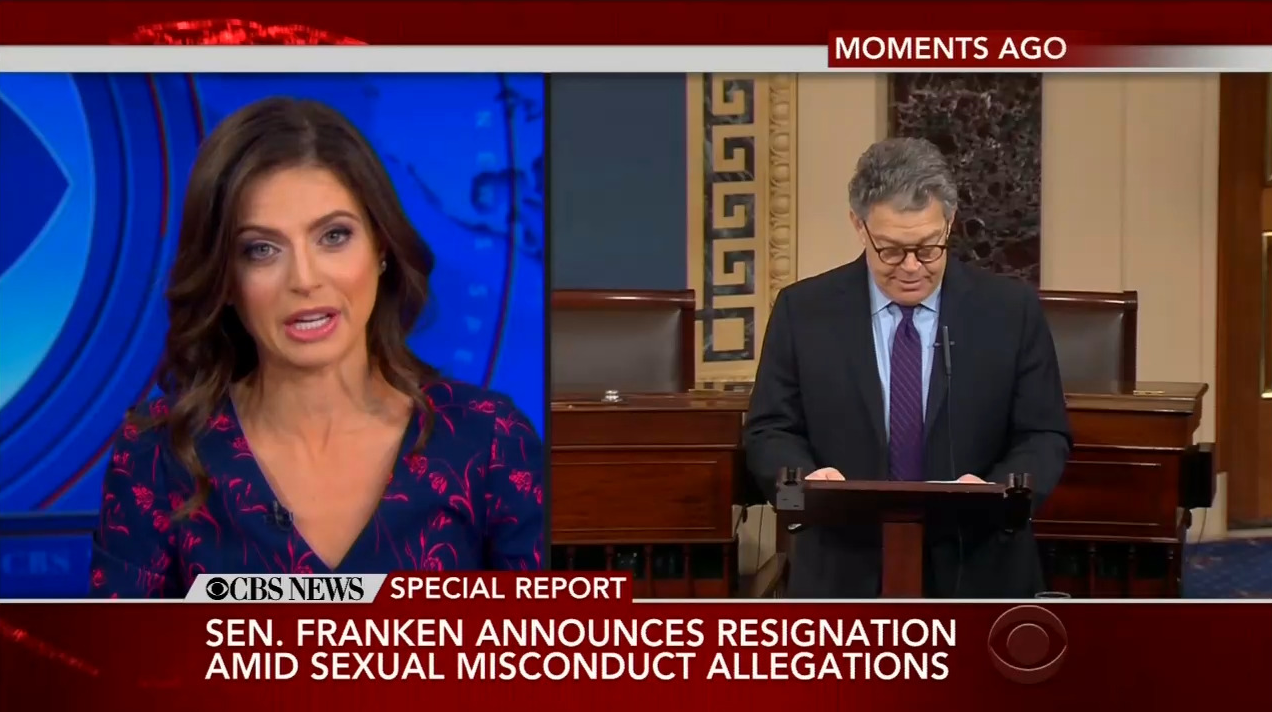 Two years ago this week, Democrat Al Franken resigned from the U.S. Senate amidst multiple allegations from women of unwanted touching. Yet journalists lamented the “rush” to remove the liberal senator from such a “potentially storied career.” This chiding included NBC anchor Tom Brokaw, who would later himself be accused of sexual misconduct. On December 7, 2017, CBS’s Nancy Cordes lamented, “...It’s a big blow to the Democratic Party writ large. There are a lot of long faces around here today.”

She added, “Democrats who, though they believe this is definitely the right thing for him to do, take no joy in it.” During live coverage, Bianna Golodryga sympathized, “So that’s it, the end to a potentially storied career – ended by sexual accusations.”

On December 6, 2017, NBC’s Chuck Todd contrasted the resignation with Roy Moore in the Alabama Senate race. Todd hyped how liberals were “creating a huge contrast” with the GOP. He cheered:

So they’re cleaning house while the Republican Party looks like they’re doubling down. And I think that’s the contrast. You know, the Democrats are looking to get their higher ground back on this issue, calling and having it being led by the women of the U.S. Senate allows them, I think, to build their high ground again after sort of, frankly, fumbling the Conyers and Franken issues for the last two weeks.

On December 7, 2017, Tom Brokaw mourned, “... There was on the part of the Democratic Party a determination and kind of a rush, if you will, to have the Senator resign so they didn't have the burden of trying to defend him.”

The following year, Brokaw would be accused of former journalist Linda Vester of sexual misconduct. According to Variety, “Vester alleged that Brokaw physically tried to force her to kiss him on two separate occasions, groped her in a NBC conference room and showed up at her hotel room uninvited.”