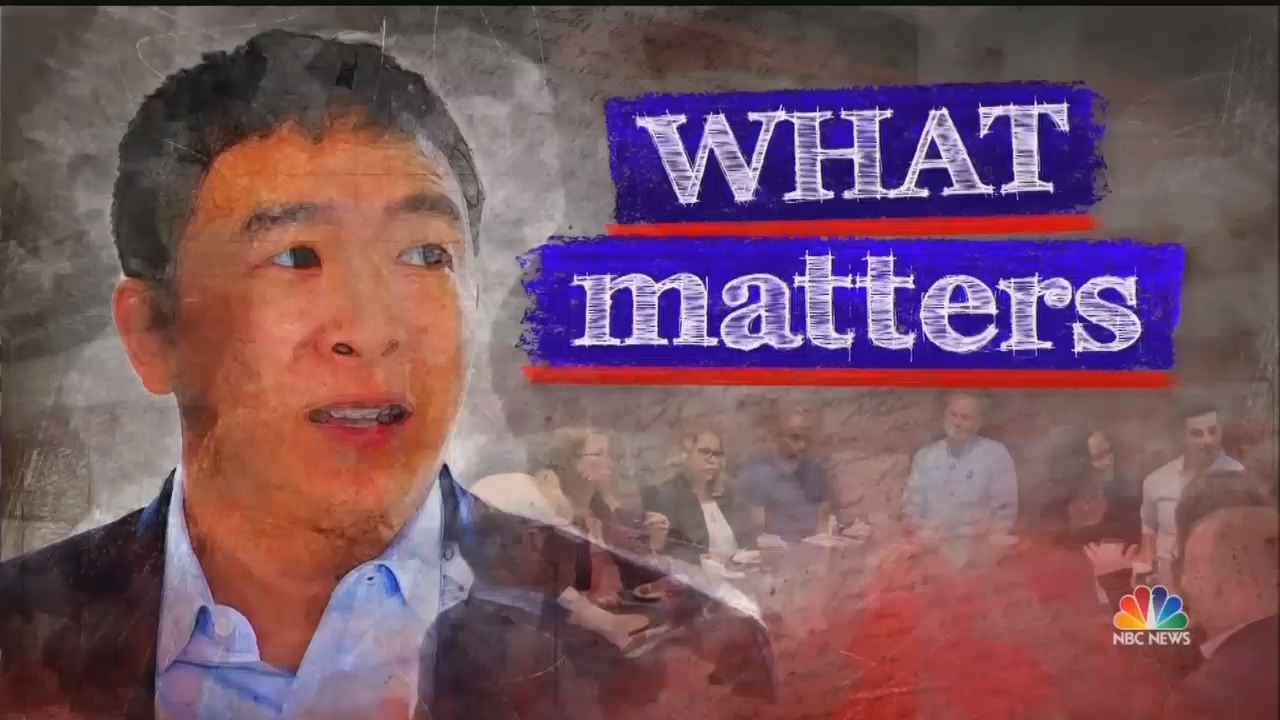 Shortly before sister network MSNBC debuted a Democratic debate filled with liberal hosts, Wednesday's NBC Nightly News offered yet another PR push for a liberal 2020 candidate with its “What Matters” segment. These stories, which exclusively feature Democrats, feature little-to-no push back.

This time, it was Andrew Yang, a far-left Democrat who has a free money scheme to give $1000 a month to everyone. Sounding like a Yang spokesman, Harry Smith uncritically explained, “Andrew Yang proposes setting prices for medical services and moving doctors to salaries rather than fees. He supports Medicare for all who want it, a public option he says will create competition.”

Smith’s only attempt at even getting information came when he wondered, “If these changes are going to be made, what will the bill be to the American taxpayer?” Again sounding like a campaign rep, the journalist parroted, “More access with lower cost. Andrew Yang’s health care solution.”

Never once did Smith label any of these policies far-left or even liberal.

For more on these “What Matters” segments, go here.

A transcript is below. 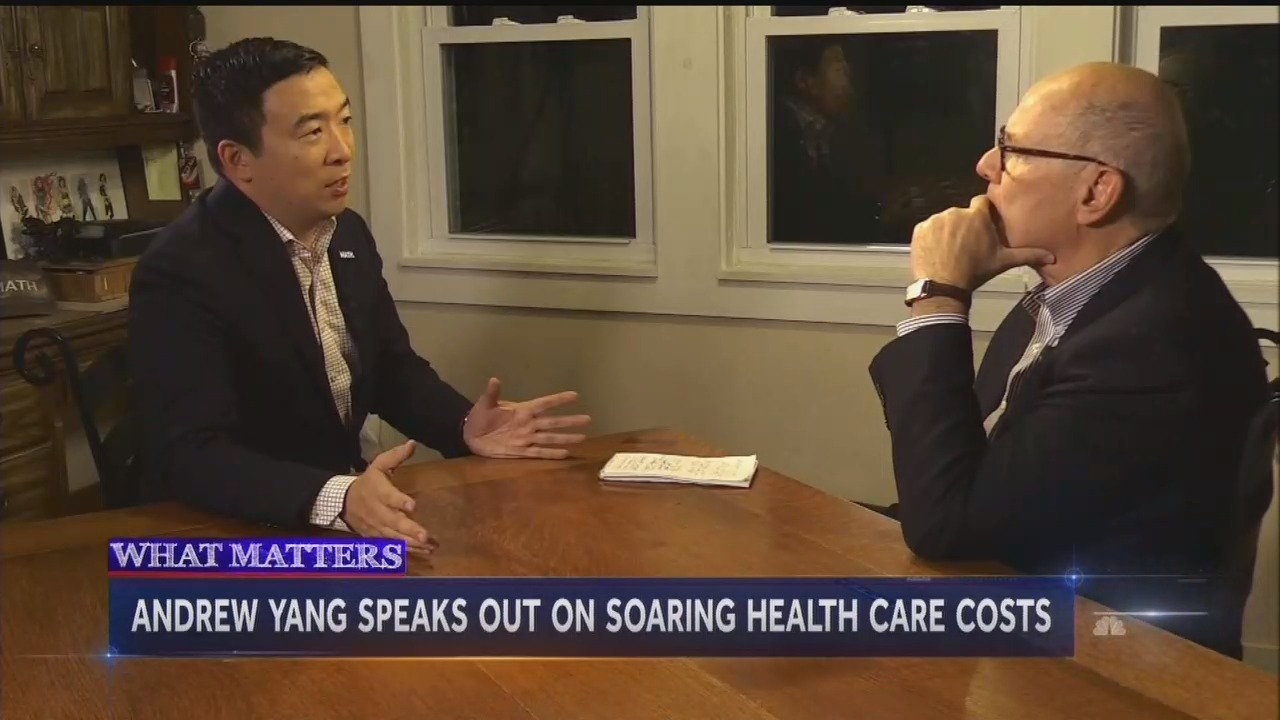 LESTER HOLT: It is debate night. Ten Democratic presidential hopefuls facing off on MSNBC, among them entrepreneur Andrew Yang who speaks to our Harry Smith about the soaring cost of health care in “What Matters.”

HARRY SMITH: At this New Hampshire home, all in for Andrew Yang. [Talking to Yang.] Let me show you. [Back to voice over.] We showed the tech entrepreneur what these Democratic voters told us over and over.

SMITH: They are worried about health care.

SECOND WOMAN: I have this pain in my back, but I'm thinking I only have so much money to take care of my kids, I work three jobs. I work more than 40 hours a week and I still don't have any insurance.

YANG: It's because we have a system that's designed not to maximize our health and well being, it's a system designed to maximize revenue on the part of private insurers, device companies, drug manufacturers.

SMITH: Andrew Yang proposes setting prices for medical services and moving doctors to salaries rather than fees. He supports Medicare for all who want it, a public option he says will create competition.

YANG: The fact is we don't have a genuinely competitive market right now in the health care industry for a variety of reasons, and this is a way to introduce competitive pressures in a real way.

SMITH: If these changes are going to be made, what will the bill be to the American taxpayer?

YANG: That's the joy of it, Harry. Right now if you start at a point where we're spending 18 percent of GDP, which we are, almost $4 trillion, to worse results than other countries, you can almost not help but save money.