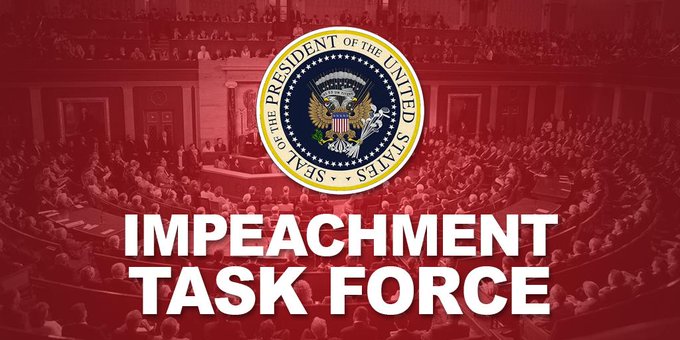 Next week, televised impeachment hearings begin. Expect much liberal grandstanding and a continued effort by those in the media to remove Donald Trump. The hearings come after this week’s revelation that ABC secretly conspired to suppress a story potentially harmful to harmful to Hillary Clinton in 2016.

A seemingly endless impeachment effort. An ongoing, organized effort by a powerful media outlet to preserve the Democratic establishment. Sound familiar? Except that we’re not talking about an effort like journalists trying to take down Trump, but The Washington Post’s all-out war on Richard Nixon.

There were real crimes related to Watergate and real stories to investigate. But as Geoff Shepard revealed in his book The Real Watergate Scandal: Collusion, Conspiracy, and the Plot That Brought Nixon Down, liberal media outlets were determined to destroy Nixon, no matter the sketchy (and potentially) illegal means needed to do it.

The full details can be found in Shepard’s 2015 book. It’s well worth reading, but one particularly egregious example showcases that corruption between the establishment and the liberal media is NOT new:

Bob Woodward and Carl Bernstein, journalists who would become famous as a result of Watergate, attempted to contact grand jurors in the Watergate case. This is both highly improper and illegal. The Post could easily have been charged over this. The reasons why they weren’t show the murky connection between liberals at the Post, liberals in judicial and political establishment who were all engaged in the same effort to remove the President of the United States. 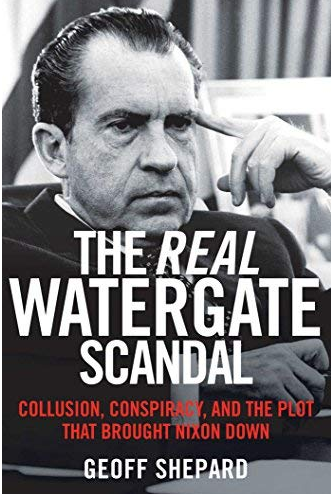 On page 107 of The Real Watergate Scandal, Shepard writes about the aftermath of trials related to the break in at the Democratic National Committee:

There was a lull in Watergate reporting following the burglary indictments on September 15, [1972]. While the government’s criminal investigations continued and the Watergate grand jury was still active, the Post’s stories were losing their immediacy and sense of urgency. Woodward and Bernstein then hit upon the idea of interviewing several of the Watergate grand jurors, but when they tried, one of them complained to the prosecutors.

This part of the story has been recounted in other books on Watergate. Judge Sirica, presided over several Watergate-related trials. According to lore, Sirica chided the two journalists.

But there is more here than is immediately apparent. Woodward and Bernstein undertook these interviews with the full concurrence of the Post’s management and, it appears, with the advance knowledge of the newspaper’s outside counsel — Edward Bennett Williams and the equally well-connected partner Joseph Califano.

After the actions of Woodward and Bernstein, targeting grand jurors in a criminal trial, Sirica became aware of the whole situation. Williams of The Washington Post met with the judge, an old friend and smoothed things over, calling for just a verbal warning.

Shepard explained the murky media connection between the media’s chief antagonist to the President and a powerful judge:

Perhaps that is how things really are handled in Washington. Prominent counsel, perhaps the Nixon administration’s most ardent opponent, meets privately with his old friend, the very judge who is about to rip that administration limb from limb, to smooth over this unfortunate incident. It is incidental that this same lawyer is lead counsel in a pending civil suit against the president’s re-election committee and seeking damages for its responsibility for the very break-in that is the subject the criminal trial then before this judge. Regardless, everything is finessed and there’s no harm done — at least to the other side.

Despite recollections by Sirica, Woodward and Bernstein of a “stiff lecture in open court” about the attempt to contact grand jurors, the reality is that only a mild, vague admonishment occurred. Citing the book Yours in Truth about the life of Ben Bradlee, Shepard explained that the Post editor

... undermined the idea that the paper’s star writers didn’t seriously interact with grand jurors. Woodward admitted: “Carl Bernstein and I went to talk to grand jurors. We had legal advice saying we could. It was very risky.”

The Bradlee book, written by Jeff Himmelman, recounted that Bernstein “had, in fact, succeeded in interviewing at least one of the Watergate jurors.” Indeed:

Bradlee’s files contained seven pages of typed notes from Bernstein’s interview with that grand juror on December 4, 1972.  Shepard concluded that much of the Watergate official history is a lie, what might be called historical fake news: “There is considerable basis, therefore, for believing that the Post’s entire newsroom had been lying about the grand juror incident for forty years.”

History, as it’s often said, can repeat itself. What’s happening today is not an anomaly when it comes to the liberal media’s disregard of ethics in an attempt to get rid of a president they hate.