Mitchell began by sounding like an activist, singling out changes by Trump as possible reasons for the blaze: “The climate denial from the White House, which is reflected in a series of environmental changes and rollbacks from the Obama regulations  has been so profound.”

After talking about the difference between forest fires and wild fires, Roker declared, “But these fires were in a sense almost urban fires that were happening because of climate change.”

This fall, NBC’s Today launched a “climate unit” for the morning show and Roker hyped the coming “crisis.” Mitchell herself is all-in on the alarmist terminology. In April, she thanked a 2020 presidential candidate for making climate change a key part of his campaign. Talking to Jay Inslee, she wondered, “What do we need to know about how America has been basically ignoring this, partly after the withdrawal from the Paris accords?”

ANDREA MITCHELL: Today show co-host Al Roker joins me now. Thank you so much for staying on and joining us today, because the climate denial from the White House, which is reflected in a series of environmental changes and rollbacks from the Obama regulations  has been so profound, this fight against California and now the threat, the explicit threat to withhold emergency aid given the wildfires, tell us from your perspective the causes of the wildfires and what the President needs to understand. 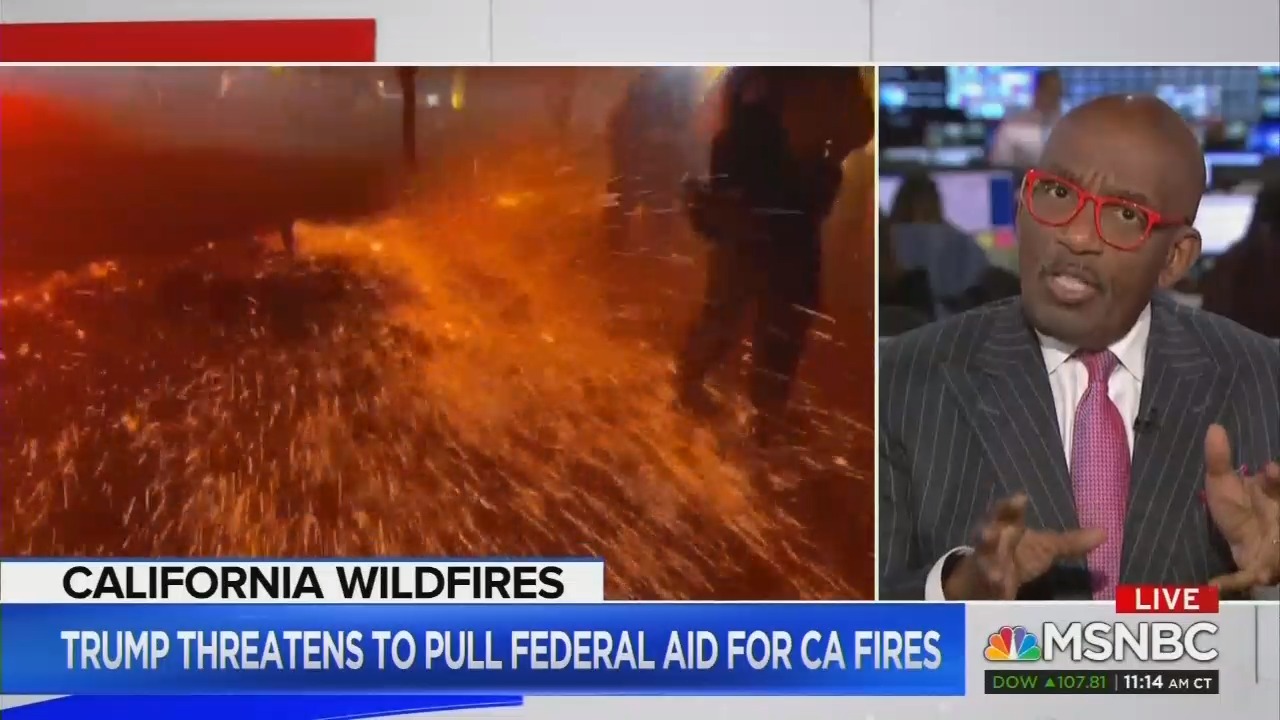 AL ROKER: Well, look, I'm going to go on the assumption that the President's been given bad information because, first of all, these weren't forest fires. They were wildfires. I mean, the most destructive one was like in Los Angeles itself. It was near the west side of Los Angeles. 405 freeway, near the Getty Center, burnt 12 homes in Brentwood. We had the Easy fire which is near the Ronald Reagan Presidential Library. I mean, that, again, not a forest fire. Most of these were, really, not forest fires. The Hillside fire was on the edge of the San Bernardino forest, but it went downhill and then burned in. So these aren't forest fires. You might make the argument, yes, there could be better forest fire management, but I think they're doing a fairly good job.

But these fires were in a sense almost urban fires that were happening because of climate change. Since 1970, we've seen the average wildfire season in the west extend by over 100 days. On average, we're seeing six times the acreage burned every year since 1970. The other problem to go to the forest, the forest issue is that nature's way of cleaning out the forest is to burn. The problem is people have built into forests or on the edge of forests and that's why we've been having problems. Because of a warmer environment, because of less rain happening out west, we are seeing a longer wildfire season. Again, not forest fires. Wildfires.

MITCHELL: Al Roker, you have completely explained this even for those of us on the east coast who don't have to deal with these dramatic changes. Thank you so much.