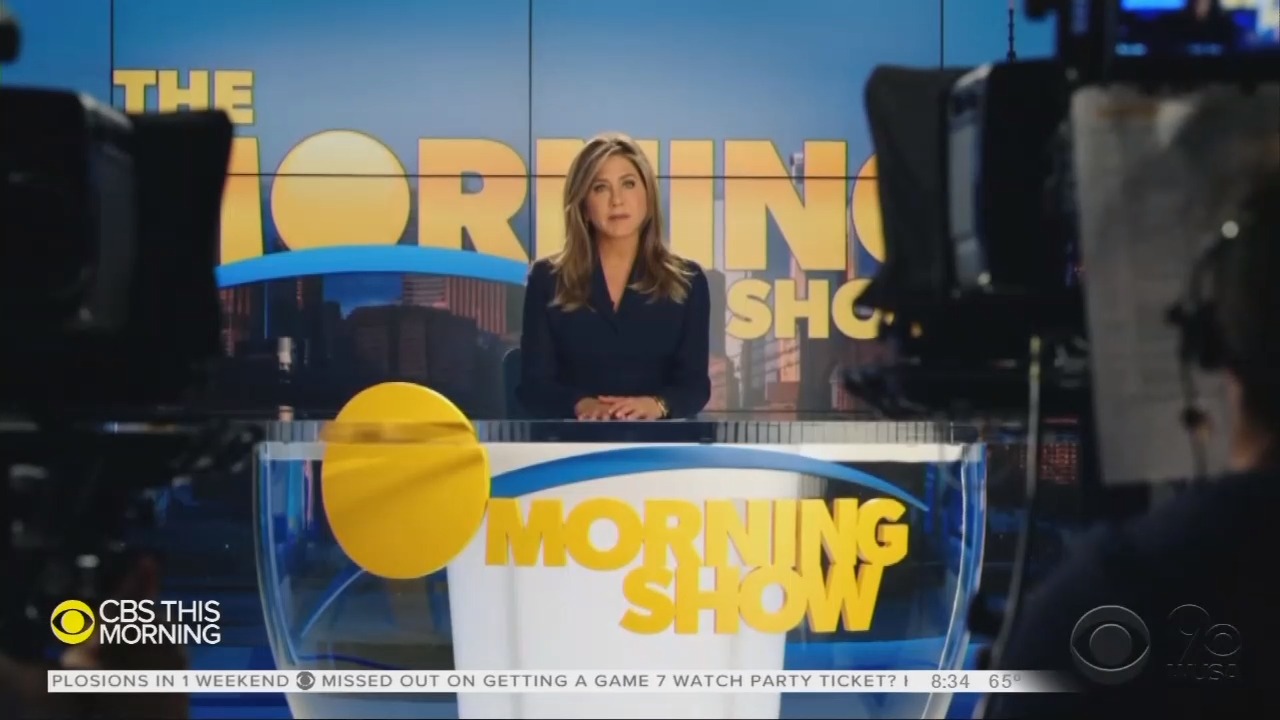 Well, that’s awkward. Jennifer Aniston and Reese Witherspoon are making the media rounds to promote a fictional new series on a network morning show. ABC’s Good Morning America had the stars of The Morning Show. CBS This Morning’s Gayle King talked to the actresses, even noting the “elephant in the room” in relation to disgraced ex-host Charlie Rose. But NBC’s Today? The home of alleged sexual predator Matt Lauer? That show has yet to talk to Witherspoon and Aniston.

On Thursday, King explained that the Apple streaming program will feature Steve Carell as a morning host accused of sexual harassment. King, somewhat vaguely, mentioned the obvious connection for CBS: “The male anchor played by Steve Carell is fired for allegations of sexual misconduct. We all know there's a big old elephant on the couch because CBS was part of the Me Too movement.”

King has always been uncomfortable with her proximity to purported harasser Rose. She co-hosted with Rose during the years he allegedly harassed and abused at least 27 women. On May 3, 2018, after the scandal was exposed, King whined on-air about having to cover it: “I don't know what to say about this.... I don't know what more we can do to Charlie Rose except a public flogging. He's gone.... I’m sick of handling it.” 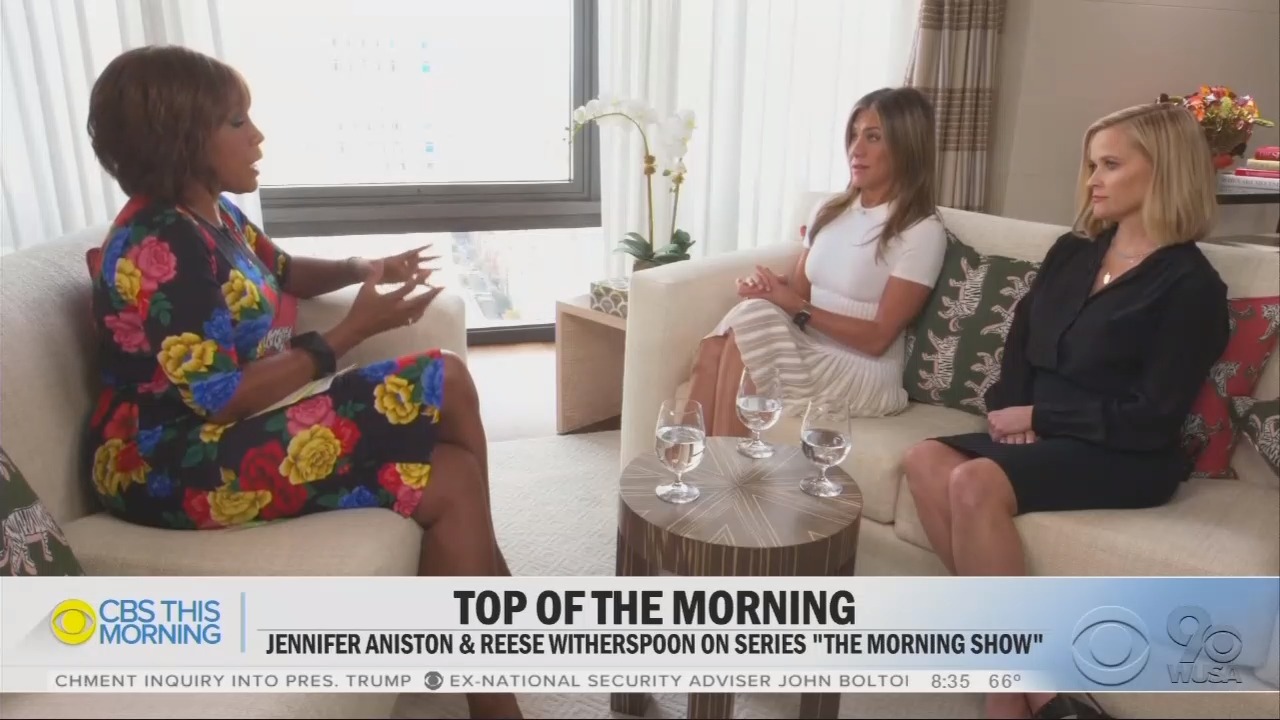 After some blowback, she retreated on May 4, 2018, saying of the Rose inquiry: “Let the chips fall where they may.” On July 30, 2018, CBS promoted a conspiracy theory as for the reason behind the sexual harassment allegations against CEO Les Moonves.

On Thursday, King told Aniston and Witherspoon: “None of us thought we would be there either. Here we are.”

Perhaps thinking of Rose, King wondered, “I am curious about the redemption, or is there room for redemption and due process of men? It is something I think about a lot. I think a woman makes an accusation, and then the man is instantly found guilty in the cower of public opinion.”

In November of 2018, the This Morning host told The Hollywood Reporter she was still friendly with Rose:

When King was asked if it's possible for the men of the #MeToo movement to be redeemed, she said, "Murderers are walking around. People who kill people are walking around. They might not be able to get [their] jobs back, but surely there must be room for some redemption somewhere. I don’t know what the answer is to that, and it might be too soon. Maybe people don’t want to hear that.”

While King doesn't anticipate on working with Rose again, she revealed that they keep in touch. “I know there are two sides to every story, that’s what I know,” King said before sharing that she recently called Rose to check in after he had a health scare.

NBC’s Today, where Lauer worked for over 20 years, has yet to chat with the stars of the new Apple show. Perhaps it hits a bit too close to home. (NBC's Tonight Show, however, interviewed Witherspoon.)

Over on ABC’s Good Morning America, co-host Robin Roberts on October 28th interviewed Witherspoon and Aniston. About Me Too, she asked:

You all have been working on this for a while and you kind of put a pin in it and came back to it because of the Me Too movement. You wanted to incorporate that. Why was that so important for the show, do you think?

A partial transcript of the CBS segment is below. Click “expand” to read more.

GAYLE KING: The series was already in development when the storyline changed.

REESE WITHERSPOON: This whole other sexual harassment story started coming out within the news world. And then we just were like, we have to do this. We have to address it.

[Clip from The Morning Show.]

KING: The male anchor played by Steve Carell is fired for allegations of sexual misconduct. We all know there's a big old elephant on the couch because CBS was part of the Me Too movement. None of us thought we would be there either. Here we are. When this happened and stories started breaking, did you guys go "I can't believe in is happening as we're doing this," because it does change the game.

JENNIFER ANISTON: It did completely. We had to pause and kind of rethink and regroup. And it was very important how we sort of hit this in terms of tone. To not try to take any sides or be too black and white.

[Clip from The Morning Show.]

KING: I think this is happening in real life. Men are looking at each other saying, “I wasn't as bad as that guy.” What is the message if any that the show is trying to send about that?

KING: Is there a message for men in this series?

ANISTON: Watch yourself. Check yourself at the door.

KING: I am curious about the redemption, or is there room for redemption and due process of men? It is something I think about a lot. I think a woman makes an accusation, and then the man is instantly found guilty in the cower of public opinion.

KING: I think we have to figure out a way to navigate that on both sides.

WITHERSPOON: I think there's great growth and development by us finally listening to women who are survivors. And really believing, but you're completely right. I think people — due process is a situation that you have to believe in.