CBS Lectures: 'Check' 'American Principles' at the Door for China 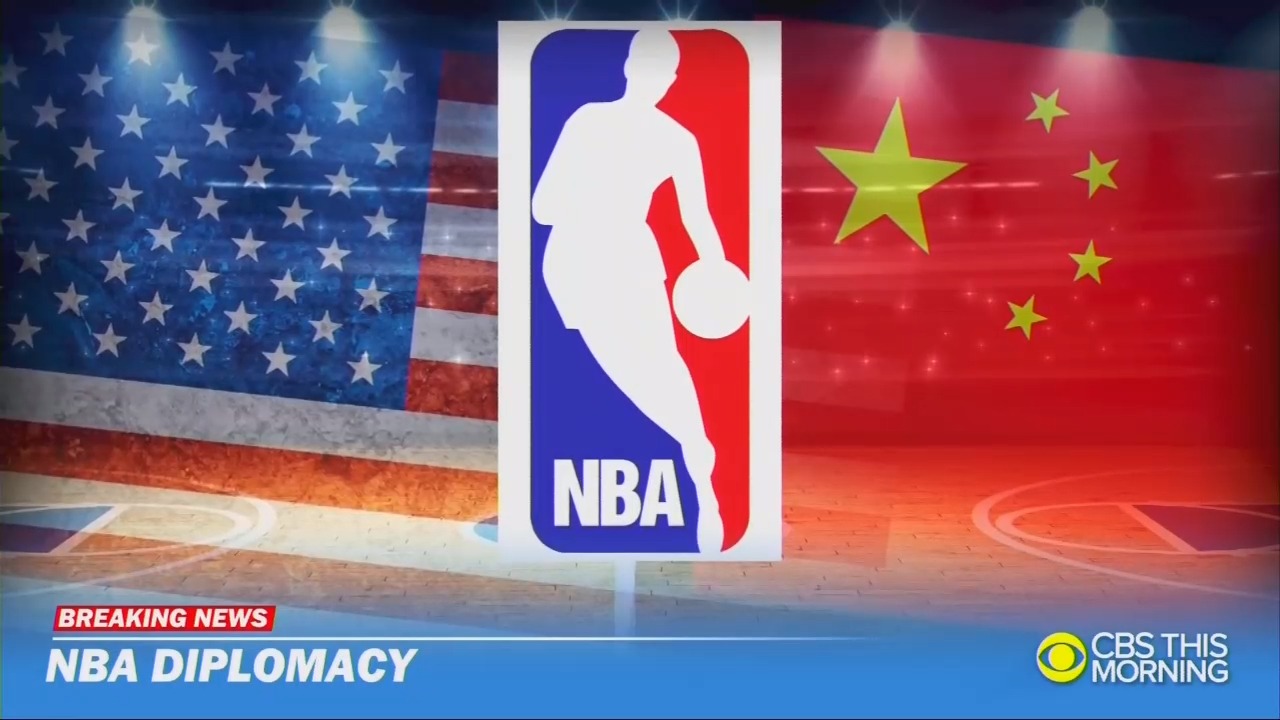 CBS This Morning on Tuesday lectured viewers that companies should be prepared to “check” “American principles” “at the door” in order to do business in China. While liberal journalists often react with fury at perceived assaults on their First Amendment rights, the NBA capitulating to the communist country resulted in a collective shrug. CBS Sports analyst Bill Reiter demanded, “Whatever American principles you bring to the table, including free speech, you check that at the door if you want to do business with China.”

The controversy broke last week when Daryl Morey, the general manager of the Houston Rockets, stood with pro-democracy protesters in Hong Kong in a tweet. CBS's Reiter blandly explained,  “When the Chinese government is offended, they will use their considerable financial might and they are going to continue to do that to the Rockets. They are going to continue to isolate [the Rockets].”

Over on NBC’s Today, Joe Fryer dismissed the chilling assault on free speech as a “bad bounce for a league caught between American free speech and it’s own global ambitions.” On ABC’s Good Morning America, Kaylee Hartung highlighted the tightrope NBA commissioner Adam Silver is walking: “Silver says the NBA does not want to upset its legions of fans in the communist country but that it must stay true to its American principles.”

On Monday, ABC’s World News Tonight was the only evening news broadcast to completely ignore the sweeping outrage against China’s attempt to silence free speech.

A transcript of the CBS segment is below. Click “expand” to read more:

TONY DOKOUPIL: NBA Commissioner Adam Silver defended a team executive's comments supporting Hong Kong protesters. Silver says he accepts the consequences in China for a tweet by Houston Rockets General Manager Daryl Morey. It has caused a major backlash in the communist nation. Now Beijing is calling for a boycott of the Rockets, one of the most popular NBA teams in China. Ramy Inocencio is in Hong Kong where he has been covering the protests.  The NBA seems to be trying to win over the critics on both sides of the debate. How's that going?

RAMY INOCENCIO: Good morning. Just to put this in perspective, the NBA says China has almost twice as many pro basketball fans in the country than there are, get this, in the United States itself in total. Now the league is trying to do damage control and really working overtime to try to protect its reputation on both sides of the pacific.

ADAM SILVER: I don't think it's inconsistent on one hand to be sympathetic to them and at the same time stand by our principles.

INOCENCIO: Speaking in Japan, NBA commissioner Adam Silver played both sides by trying to salvage his relationship with China and defend freedom of speech after a league executive's public support of anti-government protesters in Hong Kong.

SILVER: There are consequences from that exercise of, in essence, his freedom of speech and, you know, we will have to live with those consequences.

JAMES HARDEN (Houston Rockets point guard): We appreciate the support they give us individually and as an organization. So, you know, we love you.

INOCENCIO: The Rockets have long been the adoration of Chinese fans ever since Chinese superstar Yao Ming took the NBA by storm in 2002. Yao Ming is now the president of the Chinese Basketball Association and has suspended the league’s relationship with the Rockets. Several Chinese businesses followed suit. CBS Sports League NBA writer Bill Reiter. 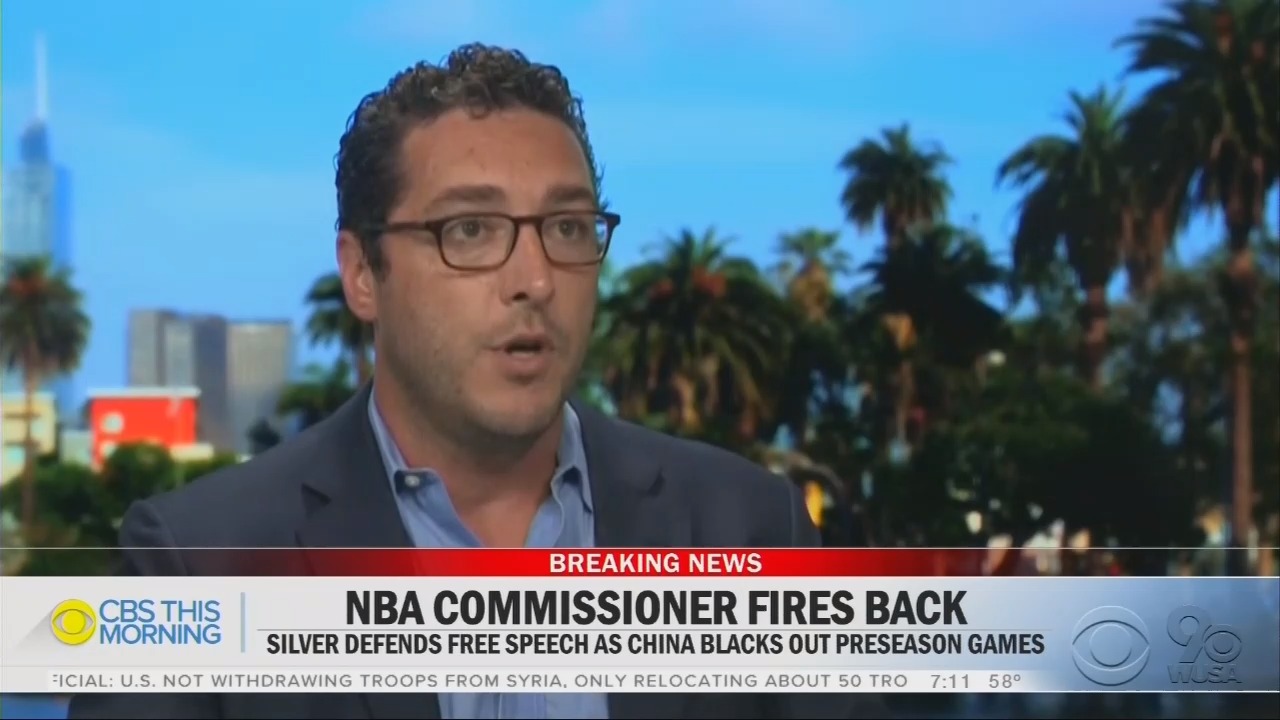 INOCENCIO: But China fired back this morning, saying it would immediately suspend its sports channel broadcast arrangements of the NBA preseason. A statement said, “We're strongly dissatisfied and opposed to Adam's claim to support Morey's right of freedom of expression. We believe that any speech that challenges national sovereignly and social stability is not within the scope of freedom of speech.” Reiter says the NBA has to walk a fine line in protecting its brand.

REITER: Whatever American principles you bring to the table, including free speech, you check that at the door if you want to do business with China.

INOCENCIO: Silver will try to mend fences with officials in China tomorrow to try to find so-called mutual respect of each country's beliefs, but there's so much riding on this for the NBA. For example, that including a $1.5 billion streaming deal with a Chinese company along with a massive online fan base that rivals the United States. Anthony?

KAYLEE HARTUNG: Silver says the NBA does not want to upset its legions of fans in the communist country but that it must stay true to its American principles.

JOE FRYER: A bad bounce for a league caught between American free speech and it’s own global ambitions.