CBS Host Who Vacationed With Obamas Declares Them Scandal-Free 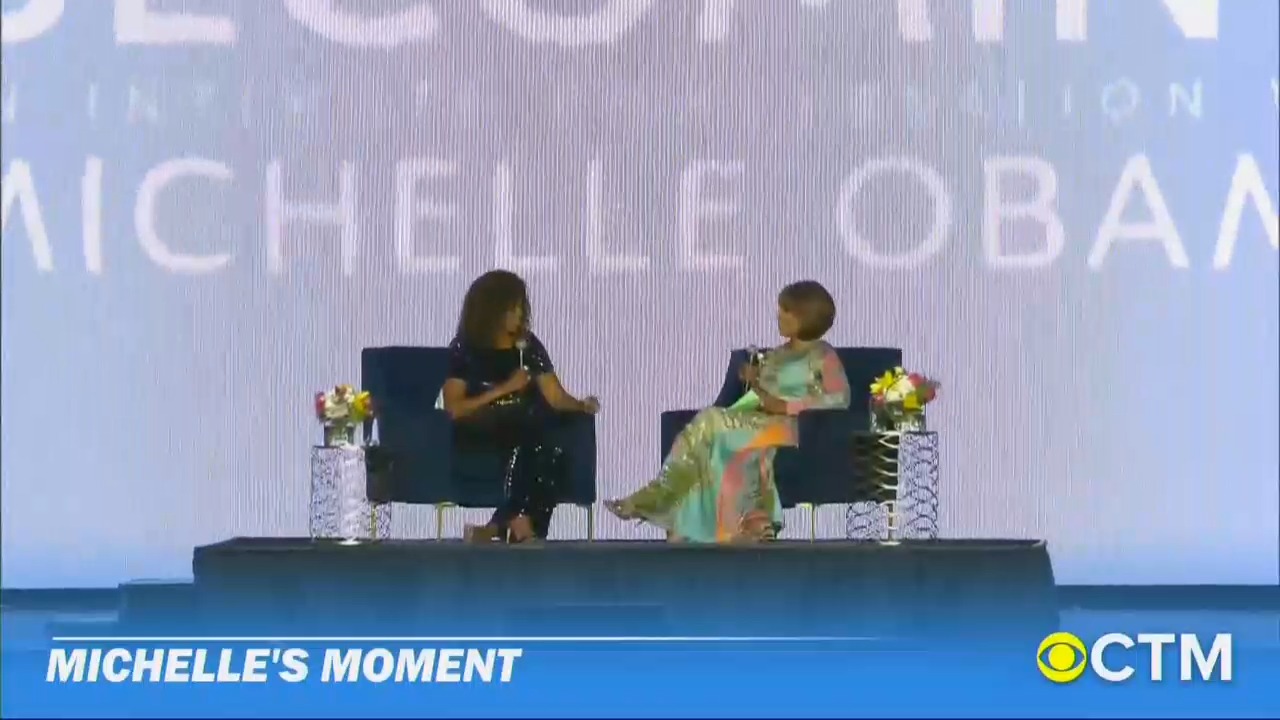 Who better to interview Michelle Obama than CBS’s Gayle King? After all, the CBS This Morning host is a Democratic donor (including thousands to Barack Obama). She’s a close friend of the Obamas and even vacationed with the couple in 2017. So on Saturday, it shouldn't be surprising that the powerful journalist agreed that Barack Obama was scandal-free.

King conducted an hour-long interview with the former First Lady at the Essence Festival in New Orleans. Mrs. Obama complained about having to go to Donald Trump’s inauguration and the preceding eight years in the White House: “Watching my husband get raked over the coals, feeling like we had to do everything perfectly. You know, no scandal, no nothing.”

Of course, that’s simply not true. Some major scandals included: The IRS targeting the Tea Party, the Fast and Furious gun-running scandal, the terrible situation at Veterans Affairs hospitals, ObamaCare failures. That’s just a few. For more Obama scandals, see this list by the MRC’s Geoffrey Dickens. It’s not surprising that King wouldn’t remember them, they didn’t get much coverage.

Later, the co-host insisted that Trump’s reason for reversing course and “dismantling” so many Obama policies is simply because “the two of you did it.”

I wonder what it’s like for you to sit and watch everything that you and President Obama built seemingly being torn down or dismantled simply because the two of you did it. Not because there’s a better alternative sometimes, but just because it was an idea of the Obama administration.

CBS has a tangled conflict of interest with the Obamas, King and good friend Oprah Winfrey. In addition to vacationing with the Obamas and donating to them, Winfrey was chosen to kick off the media campaign for Mrs. Obama’s book. This was December of 2011, after CBS contributor Winfrey briefly left that position to campaign for Democrat Stacey Abrams. On November 1, 2018, This Morning guest host Nancy Cordes announced, “We should note Oprah has been a part-time CBS News contributor for 60 Minutes, but she is stepping away from that role while she campaigns.”

When it comes to King’s intertwined relationship with powerful Democrats, CBS doesn’t even bother with objectivity anymore.

GAYLE KING: And I sat down with Michelle Obama at the Essence festival over the weekend to reflect on her trials and triumphs as First Lady.

MICHELLE OBAMA: I know there area lot of young kids out there who see me and Barack now. They see us now as the former firsts. They see us when we were walking out of the White House, but they don't remember how many punches we took to get there.

KING: They took a lot of punches. And she said those punches hurt. But listen, she was the keynote speaker at the Essence Festival this weekend. 50,000 people at the Superdome came to hear Michelle Obama speak and through the whole conversation, we got an hour. People wanted to hear what she had to say. She is so beloved when she walks around the street. People were saying, “We miss you. We miss you. We miss you.”

KING: Perfect song for this. Respect, just a little bit. Former First Lady Michelle Obama discussed the hurtful and racist stereotypes that she confronted during her time in White House and when she was on the campaign trail. The best-selling author — Best-selling author, all right! This book is selling close to 12 million copies — sat down with me for an exclusive wide-ranging interview at the Essence festival at New Orleans on Saturday night. Now, the expo, it was its 25th anniversary. It celebrates black music and culture. Mrs. Obama talked about how both Republicans and Democrats targeted her for being a powerful black woman, an experience that she also chronicles in her popular memoir, Becoming.

OBAMA: I know there are a lot of young kids out there who see me and Barack now, they see us as the former first, they see us walking out of the White House, but they don't remember how many punches we took to get there. Now I'm Michelle Obama and beloved. But for a minute there I was an angry black woman who was emasculating her husband who was somebody to be feared because that was part of the political game, was that as I got more popular and started being more of an asset to my husband, it was interesting that that's when people of all sides -- and I stopped to say people from all sides, Democrats and Republicans, tried to take me out by the knees.

But the reason I share that story is because I want people to —  especially young people to know that we all go through those moments where people try to define us before we have an opportunity to define ourselves. So instead of letting it defeat me, I had a very clear vision of what I had to do when I went into the White House as first lady. I knew that it was up to me, they wouldn't get the benefit of the doubt, I wouldn't get the benefit of being treated as the gracious, honored First Lady. As I wrote, I would have to earn my grace.

MICHELLE OBAMA: During Barack’s inauguration, we made sure that the crowd looked like all of America. You know, having the Tuskegee Airmen, having civil rights folks, having folks who have marched — you know, you could look out at his crowd and you would see all of it. And I had to sit in that audience, one of a handful of people of color. And then listen to that speech and then all I had sort of held onto for eight years, watching my husband get raked over the coals, feeling like we had to do everything perfectly. You know, no scandal, no nothing. No nothing, you all.

OBAMA: So, it was a lot emotionally.

KING: And I wonder, as you look back on the eight years, because I think history will write such a different, different — they will have a different take on how it will be portrayed in the news now. And I wonder what it’s like for you to sit and watch everything that you and President Obama built seemingly being torn down or dismantled simply because the two of you did it. Not because there’s a better alternative sometimes, but just because it was an idea of the Obama administration.