CBS Sneers: ‘Many Believe’ Sarah Sanders Did a ‘Disservice to Her Country’

All three morning shows on Friday covered the surprising news that Sarah Huckabee Sanders will be stepping down as press secretary, but only CBS got nasty and insisted that “many believe” Sanders committed a “disservice to her country” while working for the White House.

Who are the “many” that Reid is referencing? Do they work at CBS News? During one puzzling moment, Reid seemed to criticize the press secretary for simply fulfilling the dictionary definition of nature of her job: “Sanders frequently echoed the President's talking points.” 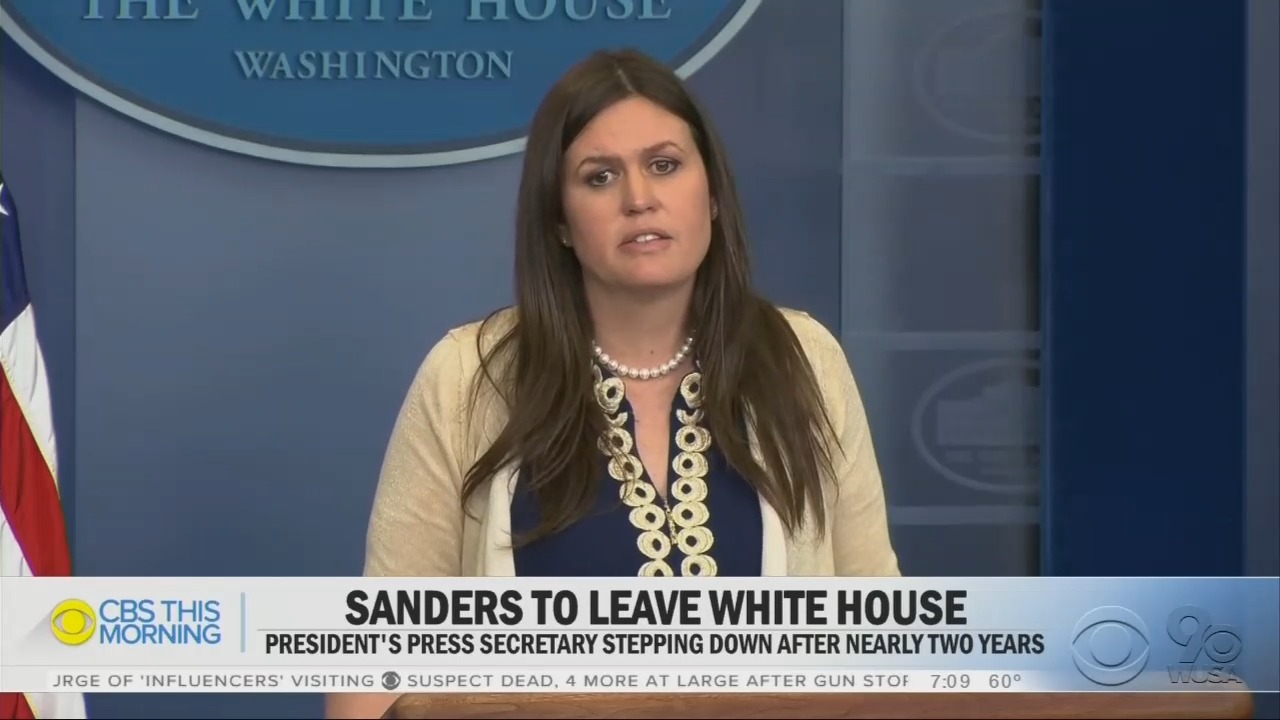 It’s not as though all journalists were interested in exposing the untruths and spin from Jay Carney when he was Barack Obama’s press secretary from 2011 to 2014. As the MRC’s Tim Graham noted, a study found that “Carney had somehow dodged reporters’ questions approximately 9,486 times.”

On Friday, ABC and NBC’s morning shows managed to make many of the same points without getting personal. On Good Morning America, Jon Karl explained:

This is a big loss for the White House. He is not just losing a press secretary, he is losing one of his most fiercely loyal and longest serving advisers in the west wing. After nearly two years as White House press secretary, Sarah Sanders is moving on. 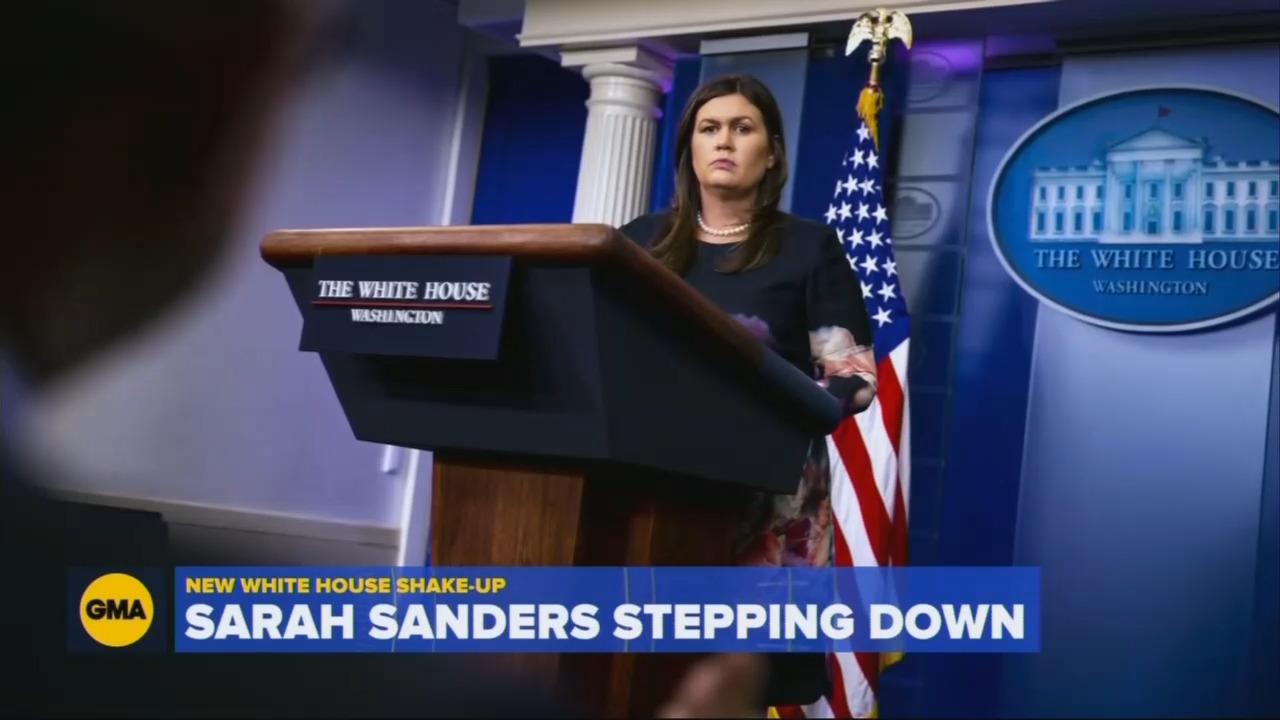 He described, “Sanders was an unwavering defender of the president, though her credibility was sometimes called into question.... She was beloved by Trump supporters and despised by his enemies.”

Over on NBC’s Today, Peter Alexander called her “one of Trump’s most trued and loyal confidantes.” He added, “Sanders, the face of an administration known for clashing with the press.”

All of these are similar points to those made by Reid on CBS. Yet, both Alexander and Karl somehow managed to not suggest that Sanders was betraying her country.

MICHELLE MILLER: One of President Trump's most fierce public defenders is leaving the White House. Press Secretary Sarah Sanders said yesterday she will step down after nearly two tumultuous years. Paula Reid is at the White House. Paula, what does her departure mean for Mr. Trump?

DONALD TRUMP: We've been through a lot together, and she's tough, but she's good.

REID: Sanders has been a fierce defender of the President.

SARAH SANDERS: When the President gets hit, he's going to hit back harder.

REID: And helped shape the public face of his presidency by reshaping the face of press secretary, mostly by stepping aside and letting the President be his own communicator-in-chief. The White House briefing effectively died on her watch The last press briefing was 95 days ago.

SANDERS: The liberal media should be absolutely embarrassed by their behavior over the last two years.

REID: Her credibility has frequently been called into question even by Robert Mueller for defending the firing of James Comey.

SANDERS: The rank and filing of FBI had lost confidence in their director.

REID: Sanders later admitted to special counsel investigators she had no basis for that claim and it was made in the heat of the moment.

SANDERS: I said it that was in the heat of the moment. But the big takeaway here is the sentiment is 100 percent accurate.

REID: And there were many heated moments.

REID: Behind the scenes, she faced death threats.

REID: Still, Sanders called her tenure at the White House an opportunity of a lifetime.

SANDERS: I’ve loved every minute of it. Even the hard minutes. I loved it.

REID: Sanders is expected to leave her post in the next few weeks. The process is already underway to find her replacement. An official tells CBS News it is likely that the replacement will come from outside the press office.