Now that presidential candidate Kamala Harris has called for the elimination of private health insurance, a move that would impact 177 million Americans, CBS has joined the fight to push the rest of 2020 Democratic field farther left. This Morning co-host John Dickerson on Thursday warned candidate Pete Buttigieg against “nibbling around the edges” and urged him to go bold (meaning liberal).

The co-host lobbied, “So, that's the competition you have. So what is your idea that it is so big that it —  nobody would mistake it for nibbling around the edges?” 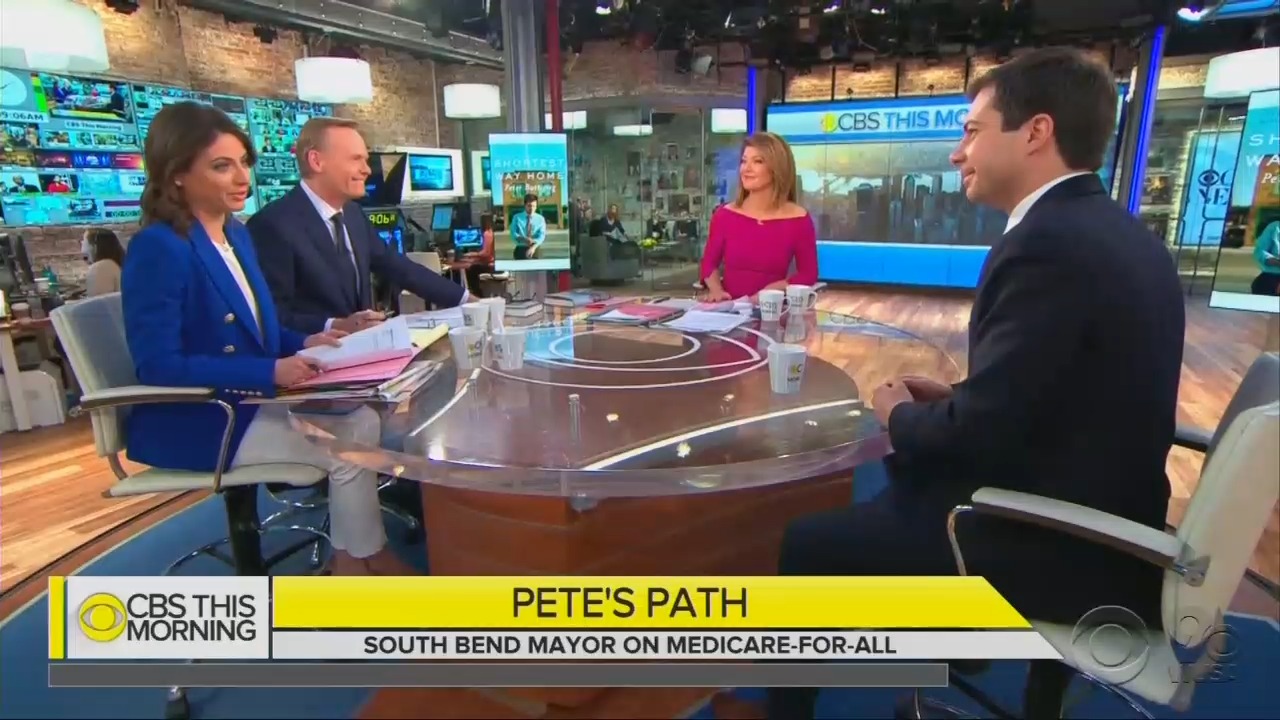 Get it? Eliminating private health insurance is simply going “big” and not “nibbling around the edges.” Dickerson never mentioned how extreme this plan is or its pitfalls. That shouldn’t be surprising because on Tuesday he reported Senator Harris’s call by simply insisting, “Kamala Harris says all Americans should have Medicare and it's time to move on from private insurance.”

Co-host Norah O’Donnell on Thursday followed up on Dickerson’s point, pressing, “Just to clarify what John was asking about —  do you support Medicare for all?” Finally, in the last question of the interview, O’Donnell allowed a hint of concern: “Mayor Bloomberg, who is likely to join the race, says it could bankrupt the country.”

It should be pointed out that this is not how journalists treat Republican presidential candidates. They don’t get questions about whether they are pro-life enough or pro-Second Amendment enough.

NORAH O’DONNELL: The Iowa caucuses are 368 days away and the potential field of Democratic candidates is quickly growing. The mayor of South Bend, Indiana, Pete Buttigieg, launched a presidential exploratory committee last week. The 37-year-old has spent seven years in charge of the city he grew up in. He's a Harvard graduate. He’s a Rhodes scholar. He's known as Mayor Pete. He was also deployed to Afghanistan for seven months with the U.S. Navy reserve. He's got a new book out. It’s called Shortest Way Home: One Mayor's Challenge, and a Model for America's Future. The mayor is here for an interview you'll see first on CBS This Morning. Mayor Buttigieg, welcome. 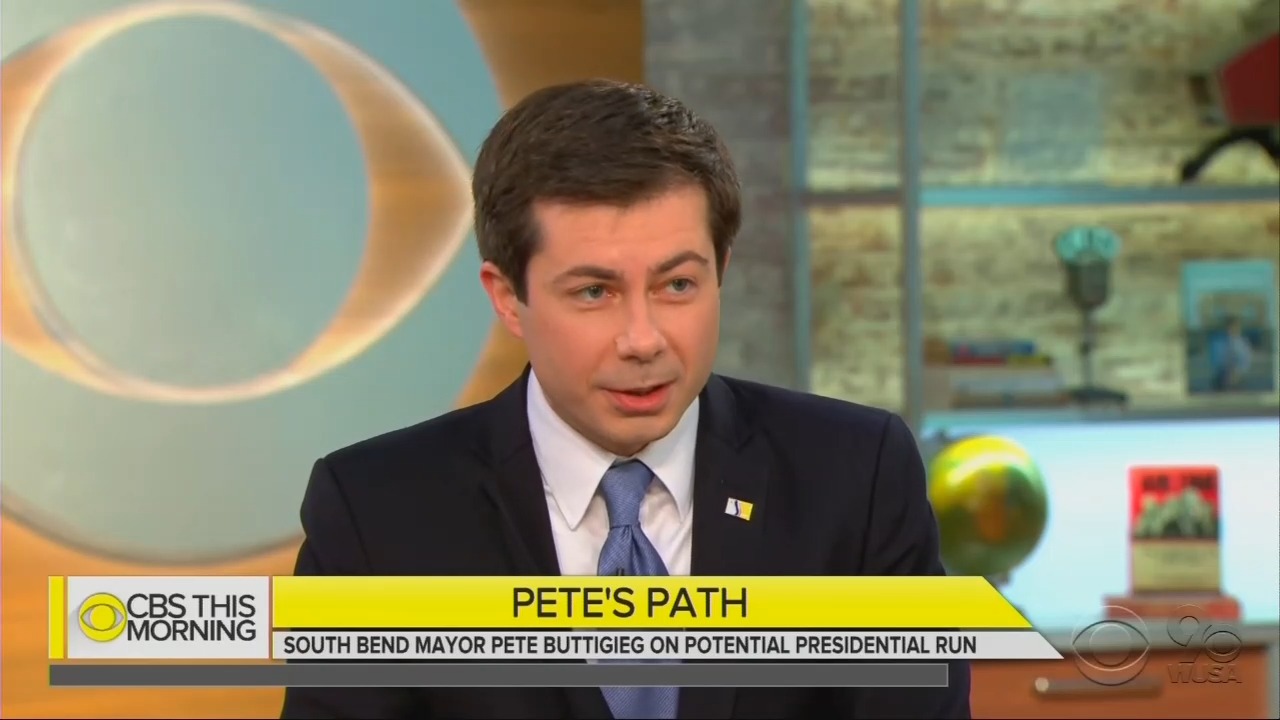 PETE BUTTIGIEG: Good morning. Thanks for having me.

BUTTIGIEG: A bit chilly, but other than that we are good.

O’DONNELL: I also want to start first and say our condolences. I know your father passed away on Sunday.

BUTTIGIEG: Thank you. Appreciate that. I know he would have been watching if he could.

O’DONNELL: What qualifies you to be president of the United States?

BUTTIGIEG For starters, the experience. I know that I'm the youngest person in this conversation, but I think the experience of leading a city through a transformation is really relevant right now.

JOHN DICKERSON: Explain to people what that experience means when the rubber meets the road. What —  how's that going to help people in this country?

BIANNA GOLODRYGA: Well, we all like to say that all politics are local. But last time that a sitting mayor was nominated for president to a major party was 1812.

GOLODRYGA: Let's talk about something that you're familiar with. Obviously that's time serving overseas in Afghanistan. You spent seven months there. What do you think of the President's potential plan now of moving troops back home? Should they come home now?

O’DONNELL: Just to clarify what John was asking about -- do you support Medicare for all?

BUTTIGIEG: I do. I also think that on the road to get there, there are a lot of things not being talked about enough.

O’DONNELL: Mayor Bloomberg, who is likely to join the race, says it could bankrupt the country.

BUTTIGIEG: It would bankrupt this country if we didn't pay for it. Right now in Washington, a lot of things are being done that aren't paid for. By the way, my generation's the one that's going to face the bill for that. So as somebody who's, God willing, planning to be here in 2054 when I reach the current age of the current president, I care a lot about making sure anything we do is sustainable. But this is the norm in most developed countries. The idea that it is radical or impossible to do something that the citizens of most western countries already enjoy doesn’t add up to me. If other people can have that, why can’t Americans too?