CBS's Gayle King: The Democratic Response Is a ‘Fact Check’ of Trump

Gayle King just came right out and said it. The CBS This Morning co-host on Tuesday said she views the Democratic response to Donald Trump’s nationwide speech as a “fact check” of the President. King, a Democratic donor who is best friends with possible 2020 presidential contender Oprah Winfrey, responded to John Dickerson discounting claims by Mike Pence.

Regarding Pence’s interview with CBS chief Washington correspondent Major Garrett about the border, the co-host dismissed, “But the fact that the Vice President used numbers that have been  fact checked by the Washington Post, McClatchy and others is a weakness in their case.” King responded, “And that is why Democrats want to have a response immediately after the address so they can fact check it in real time.” 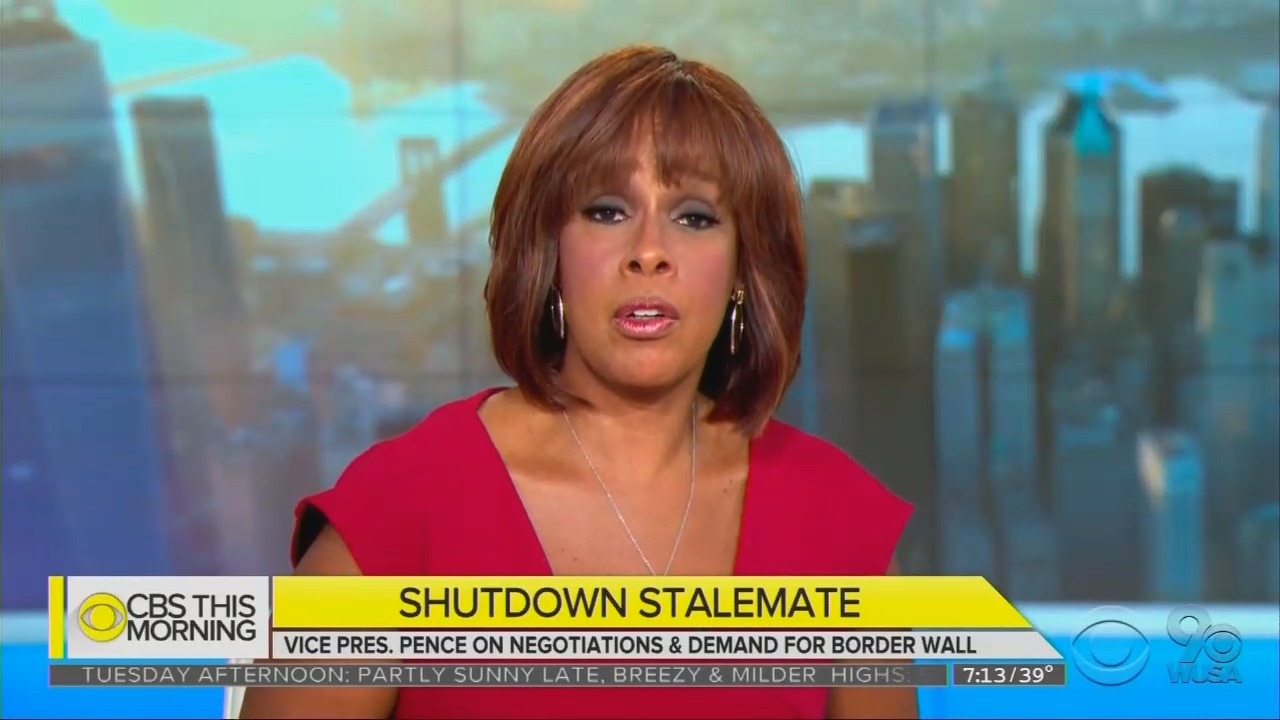 Earlier in the show, Washington correspondent Paula Reid touted Democratic talking points: “They also allege that if the President’s past statements are any indication, his address tonight will be full of, quote, ‘misinformation and malice.’”

It’s understandable why King would go to Democrats for a fact check. She attended a fundraiser for Barack Obama. The CBS journalist also vacationed with the Democrat and his family.

On March 8, 2018, King absurdly said she could be “impartial” on a Winfrey 2020 bid. On the same program, however, the CBS host pleaded for her friend to run: “But I also think you have a unique ability in terms of healing and connecting all people.”

The other point I would make, the President is talking about a humanitarian crisis. There is a situation, but the question is does the border wall solve that particular crisis or would more funding with agents to process those people be the policy you want? Those are two of the hurdles that the President has to clear. But the fact that the Vice President used numbers that have been  fact checked by the Washington Post, McClatchy and others is a weakness in their case.

KING: And that is why Democrats want to have a response immediately after the address so they can fact check it in real time.

NORAH O’DONNELL: Or present their part of it.

KING: Or present their side of the story.