As the networks decried the Trump administration’s use of tear gas on illegal immigrants trying to storm the border, none of them on Monday night or Tuesday morning mentioned the awkward fact that the Obama administration tear gassed migrants routinely, once a month even. The Washington Times on Monday explained, “The same tear-gas agent that the Trump administration is taking heat for deploying against a border mob this weekend is actually used fairly frequently — including more than once a month during the later years of President Barack Obama’s administration.”

Yet, despite a combined six hours of air time on Tuesday and 90 minutes on Monday night’s newscasts, ABC, CBS and NBC skipped this fact. On ABC’s Good Morning America, co-host George Stephanopoulos derided, “President Trump defended the use of tear gas on migrants who tried to rush toward the fence, some of them children.”

Left out of all of this? The hypocrisy of pretending the use of tear gas is new. On FNC’s Fox and Friends, Tuesday, Brit Hume explained:

It's not the first time. Five years ago on Thanksgiving weekend at San Ysidro, at that border point there, there were a bunch of migrants that broke loose and rushed the border and they were subdued with tear gas and other non-violent methods that were used. No howls of outrage at the Obama administration that I can remember.

The Washington Times’s Stephen Dinan revealed the facts of the usage: 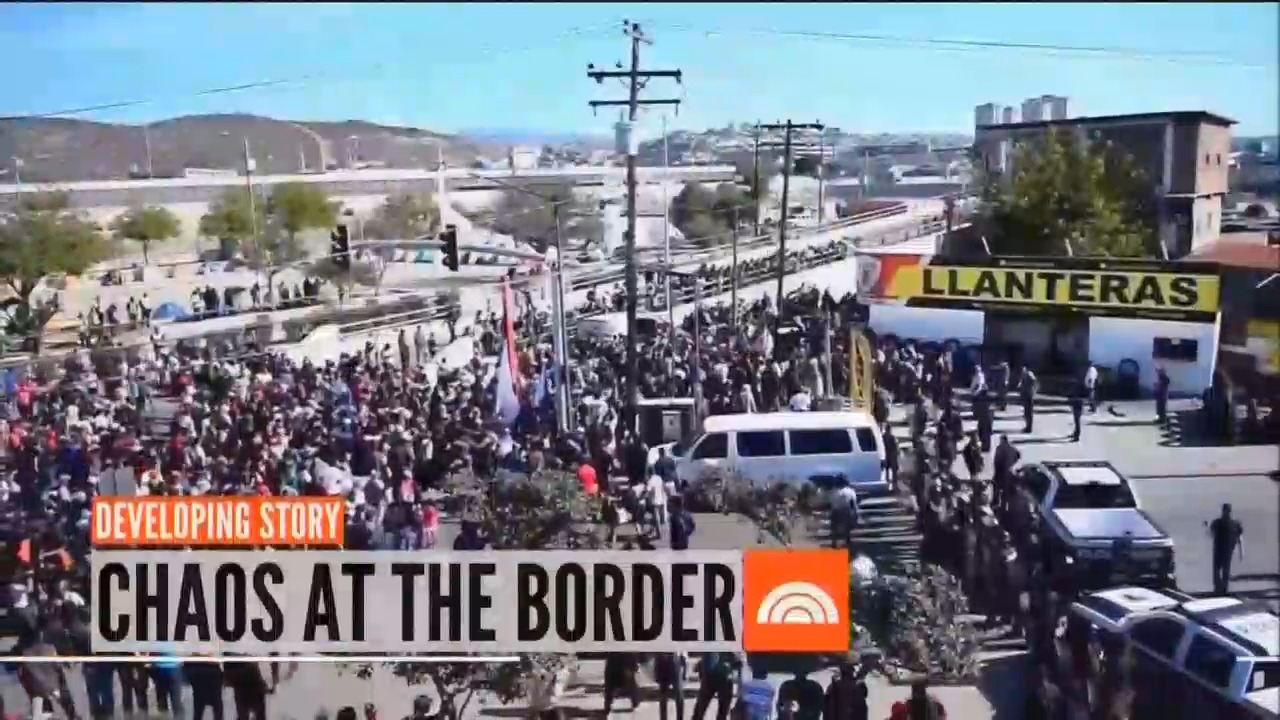 U.S. Customs and Border Protection has used 2-chlorobenzylidene malononitrile, or CS, since 2010, and deployed it 26 times in fiscal 2012 and 27 times in 2013. The use dropped after that, but was still deployed three times in 2016, Mr. Obama’s final full year in office.

Use of CS rose again in fiscal 2017, which was split between Mr. Obama and Mr. Trump, and reached 29 deployments in fiscal 2018, which ended two months ago, according to CBP data seen by The Washington Times.

Border authorities also use another agent, pepper spray, frequently — including a decade-high record of 151 instances in 2013, also under Mr. Obama. Pepper spray, officially known as Pava Capsaicin, was used 43 times in fiscal year 2018, according to the CBP numbers.

It’s not hard to figure out why Obama’s use of tear gas is an awkward fact for some in the liberal journalists. It deflates their sense of moral outrage.