This Week in Media Bias History: The ‘Transcendent Joy’ of Obama’s Win

It’s been eight years since Barack Obama was elected. So, you may be forgiven forgetting just how effusive journalists were towards the Democrat on election night. On the November 5, 2008 Good Morning America (the day after), Bill Weir gushed over Obama’s win: “Last night was transcendent.... Voices from around the world shouted the greatness of America.”

The next day, November 6, 2008, Chris Matthews swore allegiance to the new, liberal president. After declaring, “I want to do everything I can to make this thing work,” Morning Joe co-host Joe Scarborough wondered, “Is that your job?” Matthews enthused, “It is my job. My job is to help this country.”

Below are Rich Noyes’s collected tweets from the 45th week of This Day in Media Bias History. To get the latest daily examples, be sure and follow Noyes on Twitter. (To see full recaps of the first 44 weeks, go here.) 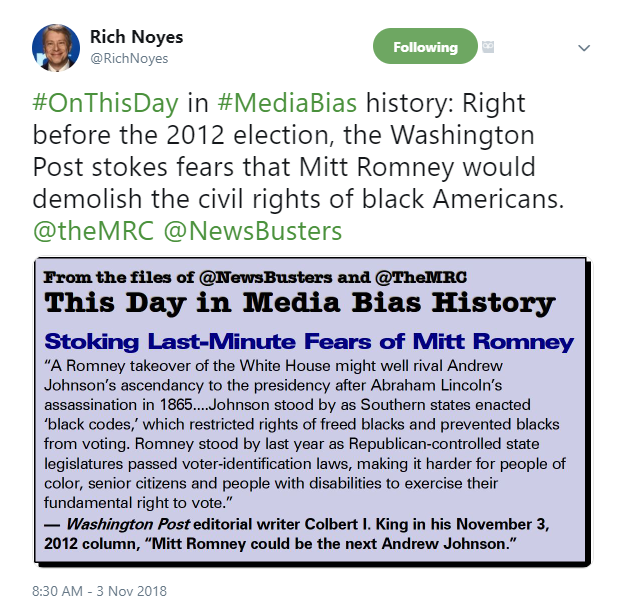 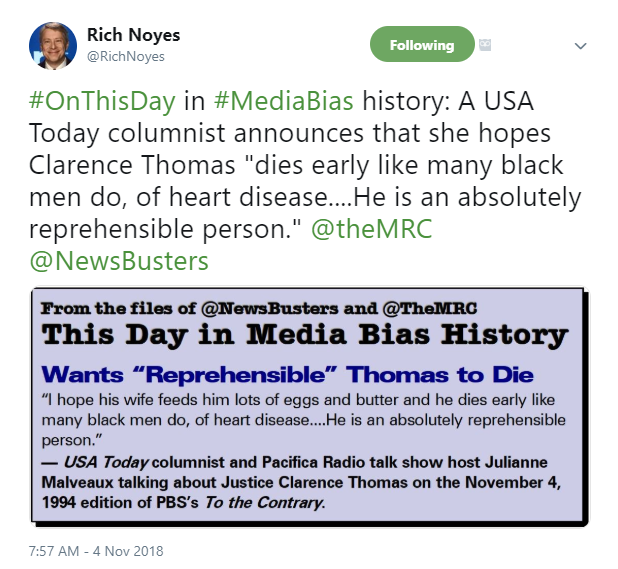 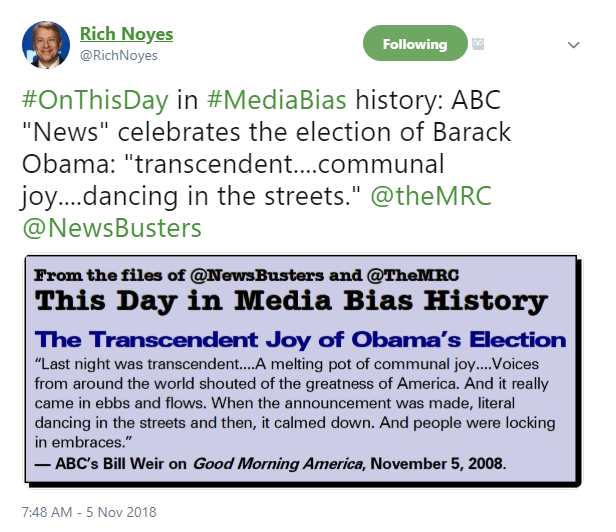 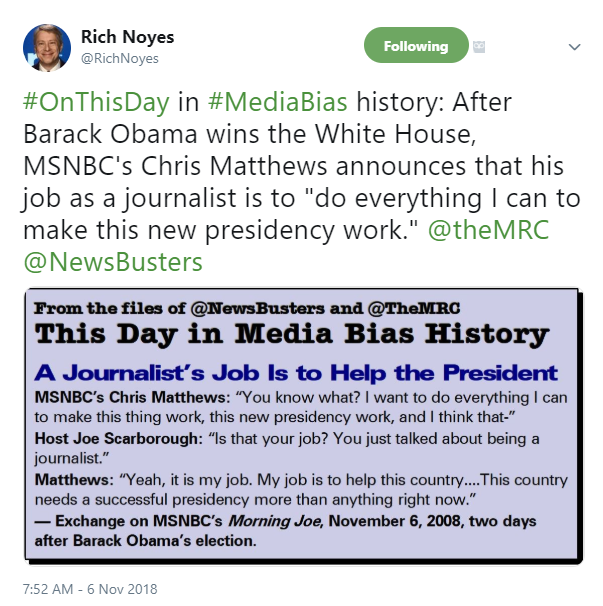 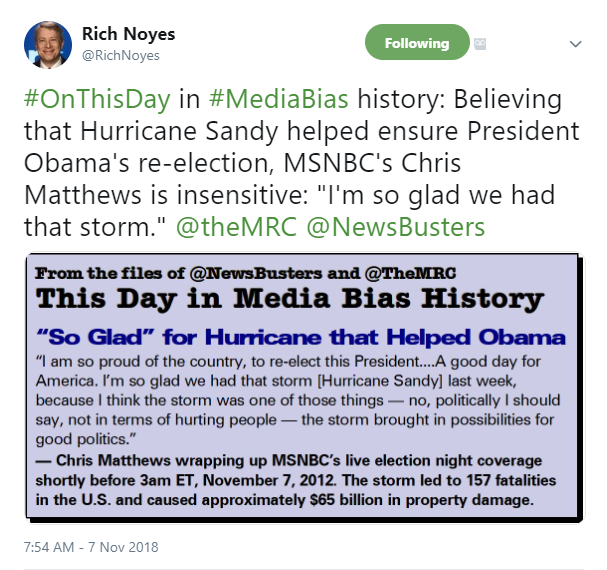 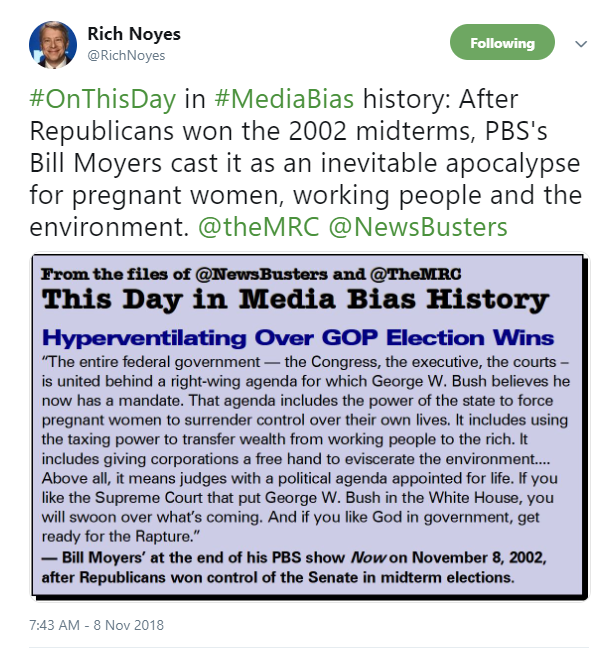 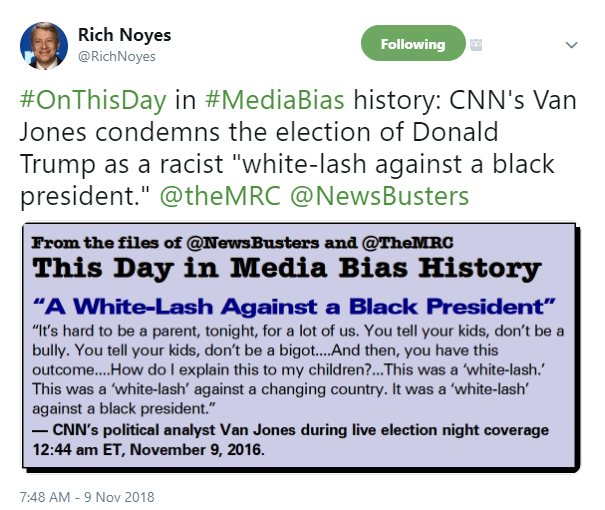