CBS Frets Over Trump's ‘Assault’ on Press, Forgets About Obama’s Attacks on Fox

It appears that journalists at CBS have forgotten how Barack Obama treated the press. On Thursday, This Morning reporters recounted Donald Trump’s latest battle with the media as proof that “freedom of the press is under assault” from the president. Regarding Trump’s verbal battle with Jim Acosta and the White House’s subsequent suspension of his press credentials, Norah O’Donnell wondered, “Is that unprecedented?”

The co-host began the discussion by declaring of Wednesday’s press briefing, “…The freedom of the press is under assault. It happened yesterday at the White House.” The administration claims the suspension occurred because Acosta placed his hands on a White House intern as she tried to take the microphone away. CBS’s Major Garrett dismissed, “It doesn't look like that at all. That looks a pretext for an action that the White House possibly had on its mind for some period of time.”

Asked by O’Donnell if Wednesday was unprecedented, Garrett responded, “I have no memory of that [type of thing happening before].” Perhaps Garrett’s memory is hazy, but in 2017 he remembered how badly Obama treated Fox News. Talking to the The Wrap, he said of the former president: “The Obama administration went on a two-month campaign to demonize and delegitimize the network I worked for.” (Before CBS, Garrett was a reporter for Fox.)

In that interview, Garrett didn’t seem to think that administrations fighting with the press was a big deal. He told The Wrap:

Indeed, in 2009, Obama seethed that “I've got one television station that is entirely devoted to attacking my administration.” In 2018, he was still at it, telling David Letterman that Fox News viewers are “living on a different planet.”

Where was the organized disgust at Obama’s intimidation efforts against Fox? Actions that included spying on Fox reporter James Rosen (and former Fox colleague of Garrrett) in 2010. As Yahoo News summarized:

The Justice Department spied extensively on Fox News reporter James Rosen in 2010, collecting his telephone records, tracking his movements in and out of the State Department and seizing two days of Rosen’s personal emails.

(For more on Obama's war against Fox, go here.) 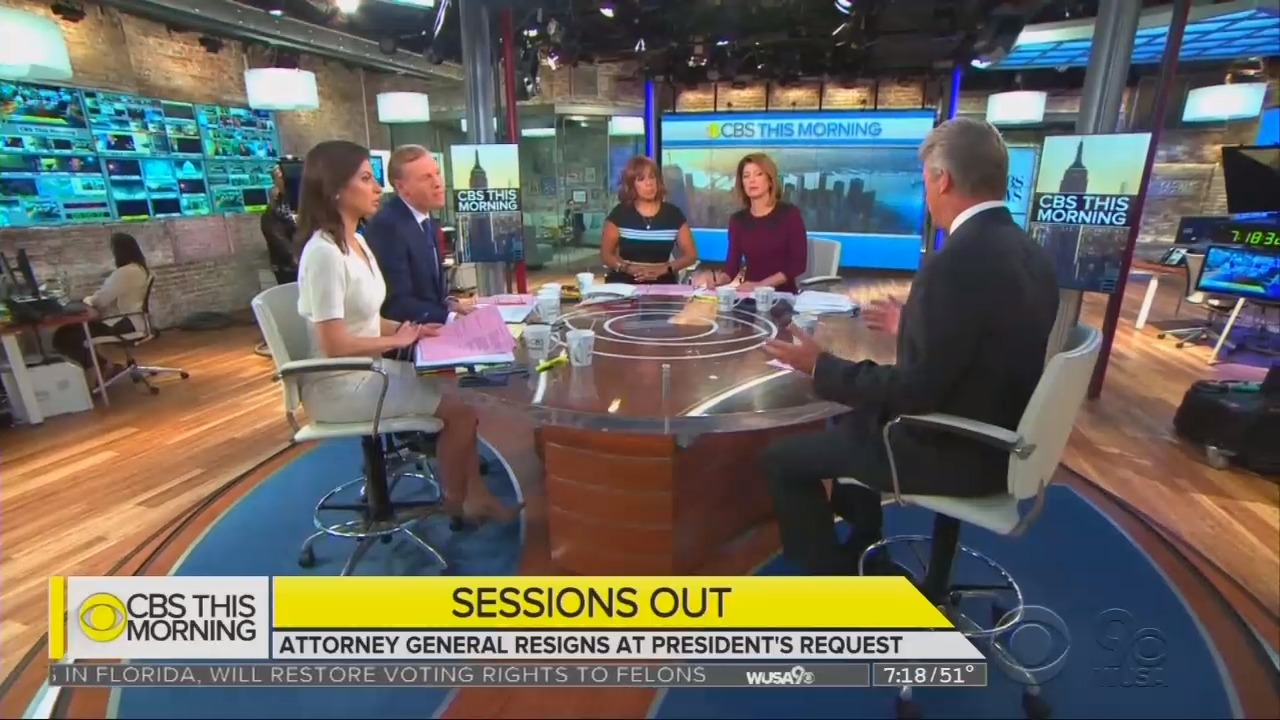 NORAH O’DONNELL: Major, let me ask you, because the freedom of the press is under assault. It happened yesterday at the White House. You were there. Describe what happened.

MAJOR GARRETT: Look, there were several reporters who asked questions the President did not like. There is now a well known scrum between the president and Jim Acosta of CNN. The White House late yesterday put out a statement for a period of time they revoked his access to the white house.

O’DONNELL: Is that unprecedented?

GARRETT: I have no memory of that. I’ve never experienced that in my life. That press conference was unlike anything I've ever experienced. It felt as if the tension, long simmering between the White House press corps and this president because of his rhetoric, reached a fever pitch. I don't critique other reporters' questions. I ask my questions, I get my answers. But there's a lot of conversation about what this interaction is, what it means for the institution of the presidency, what it means for the First Amendment, the institution of the White House press corp. That dialogue is going to continue.

O’DONNELL: But, to be clear the White House accuses Jim Acosta of assaulting White House intern.

GARRETT: Of doing something that was physically untoward toward the woman who was trying to take the microphone out of Jim Acosta’s hand.

GAYLE KING: But when you look at the video that is not the case.

GARRETT: It doesn't look like that at all. That looks a pretext for an action that the White House possibly had on its mind for some period of time.

BIANNA GOLODRYGA: And the White House Press Association has condemned that.