The Press Hates Trump’s Attacks on Them, But What About Obama’s War on Fox? 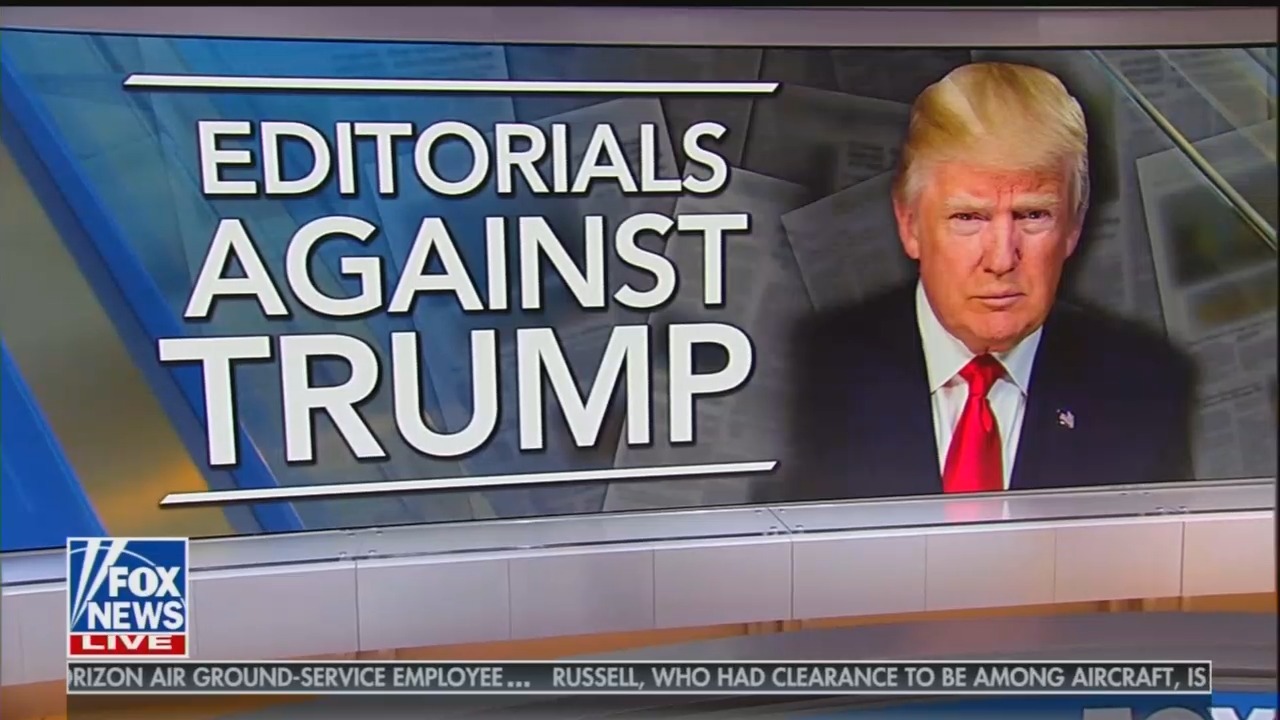 The Boston Globe is lobbying for a mass denunciation of Donald Trump as a response to his complaints about the media. According to The Hill, over 100 newspapers all over the country will “publish editorials fighting back against President Trump’s repeated attacks on the media.”

In a pitch to fellow newspapers, the Globe demanded, “We propose to publish an editorial on August 16 on the dangers of the administration's assault on the press and ask others to commit to publishing their own editorials on the same date.”

It’s not as though powerful politicians attacking media outlets is new. Barack Obama’s anger at Fox News stretched for his entire administration. In 2009, he seethed that “I've got one television station that is entirely devoted to attacking my administration.” In 2018, he was still at it, telling David Letterman that Fox News viewers are “living on a different planet.”

Where was the organized disgust at Obama’s intimidation efforts against Fox? Actions that included spying on Fox reporter James Rosen in 2010. As Yahoo News summarized:

The Justice Department spied extensively on Fox News reporter James Rosen in 2010, collecting his telephone records, tracking his movements in and out of the State Department and seizing two days of Rosen’s personal emails.

In October of 2009, the New York Times blandly detailed how the Obama White House went to war with Fox News:

"We're going to treat them the way we would treat an opponent," Anita Dunn, the White House communications director, said in an interview with The New York Times. "As they are undertaking a war against Barack Obama and the White House, we don't need to pretend that this is the way that legitimate news organizations behave."

Obama’s relationship with certain media outlets was so bad that in 2016, even the liberal Politico noticed:

“Obama hates the press,” New York Times national security reporter James Risen said not long ago, “and he hates leaks.” AP Washington Bureau Chief Sally Buzbee has decried the “day-to-day intimidation of sources” by the Obama administration, judging it worse than the Bush administration on that score. And in a 2013 piece, POLITICO’s Jim VandeHei and Mike Allen documented Obama’s mastery of “limiting, shaping and manipulating media coverage of himself and his White House.”

The difference, of course, is that the Obama administration went after a handful of conservative outlets and liberal reporters mostly let the attacks on a free press slide. There wasn't 100 papers condemning the move. The Boston Globe and other newspapers would have a lot more credibility if they had stood against Obama’s war against the press.

Finally, where is the journalistic outrage at liberal New York Mayor Bill de Blasio’s fantasizing on CNN about a world where Fox News doesn’t exist?” Appearing on CNN, Sunday, the liberal imagined, “There would be less overt hate. There would be less appeal to racial division, I guarantee it.”