This Week in Media Bias History: Can’t Say If Pentagon Attack Was Wrong

As readers of This Week in Media Bias History know, journalists aren’t good at hiding their partisan agenda. Yet, there’s some subjects they don’t want to take a stand on. For instance: Whether the 9/11 terrorist attack on the Pentagon was wrong.

ABC News President David Westin on October 23, 2001 mused, “The Pentagon as a legitimate target? I actually don’t have an opinion on that.” Talking to Columbia University journalism students, he lectured: “Our job is to determine what is, not what ought to be.... I can say the Pentagon got hit, I can say this is what their position is, this is what our position is, but for me to take a position this was right or wrong.”

He concluded, “As a journalist, I feel strongly that’s something that I should not be taking a position on.”

After the Media Research Center’s Brent Baker alerted the world to Westin’s comments, Westin eventually e-mailed the MRC to apologize:

“Like all Americans, I was horrified at the loss of life at the Pentagon, as well as in New York and Pennsylvania on September 11. When asked at an interview session at the Columbia Journalism School whether I believed that the Pentagon was a legitimate target for terrorists I responded that, as a journalist, I did not have an opinion. I was wrong. I gave an answer to journalism students to illustrate the broad, academic principle that all journalists should draw a firm line between what they know and what their personal opinion might be. Upon reflection, I realized that my answer did not address the specifics of September 11. Under any interpretation, the attack on the Pentagon was criminal and entirely without justification. I apologize for any harm that my misstatement may have caused.”

Below are Rich Noyes’s collected tweets from week 43 of This Day in Media Bias History. To get the latest daily examples, be sure and follow Noyes on Twitter. (To see full recaps of the first 42 weeks, go here.) 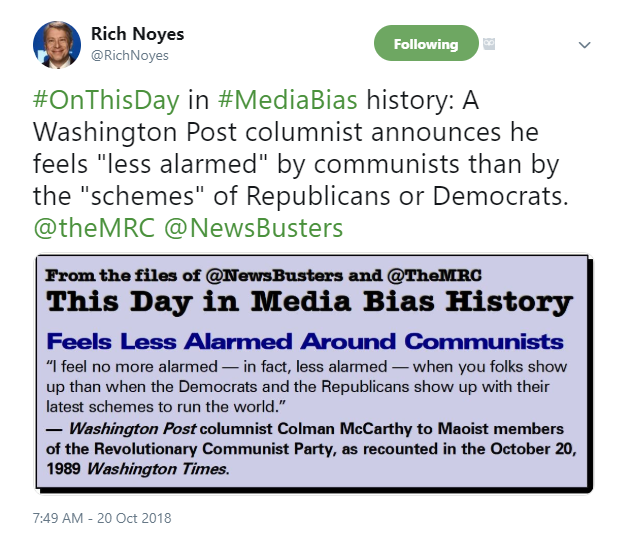 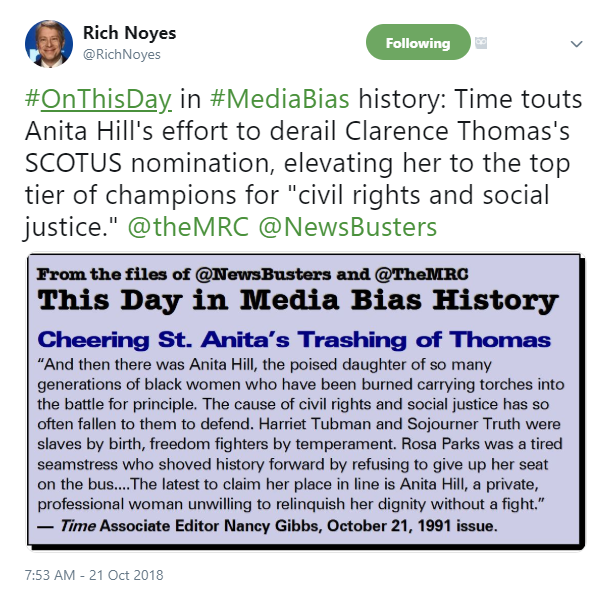 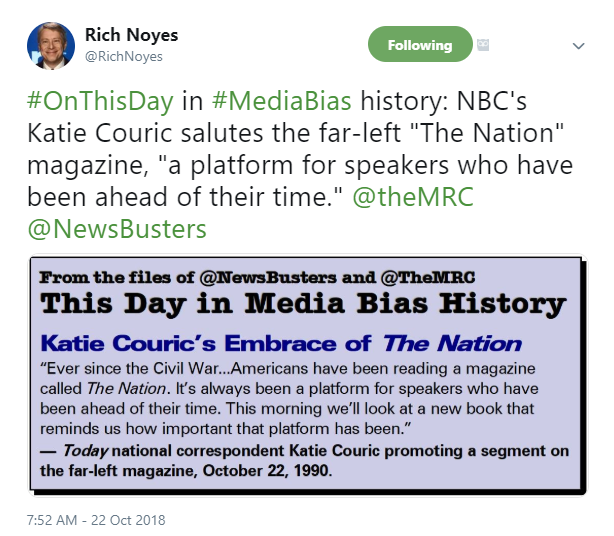 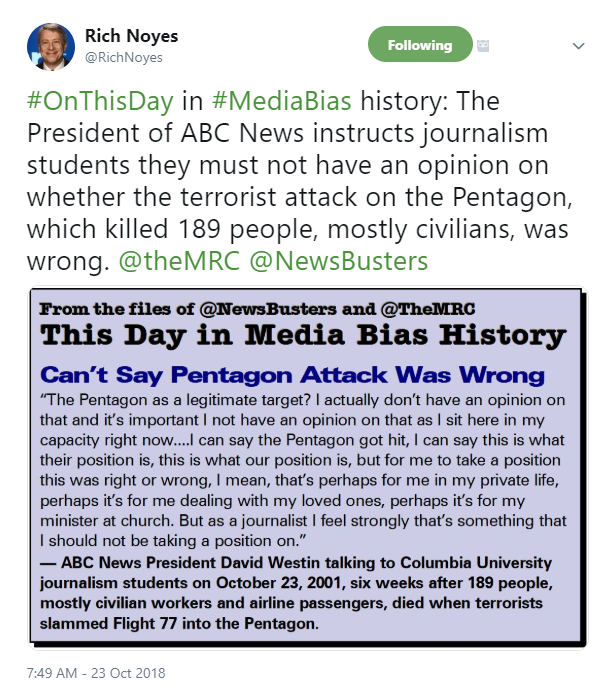 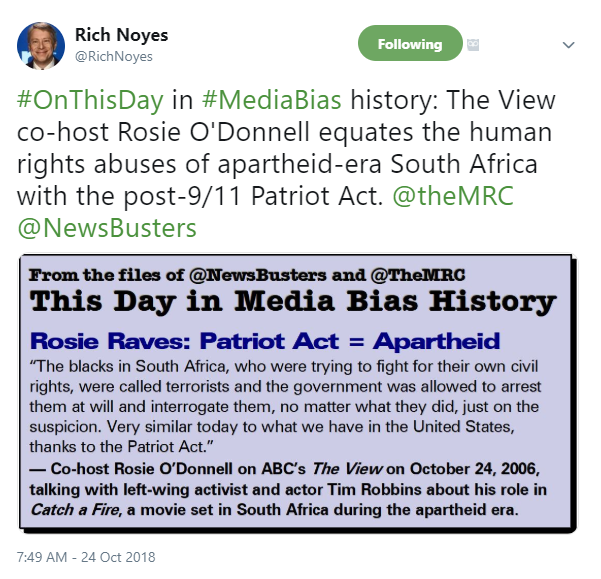 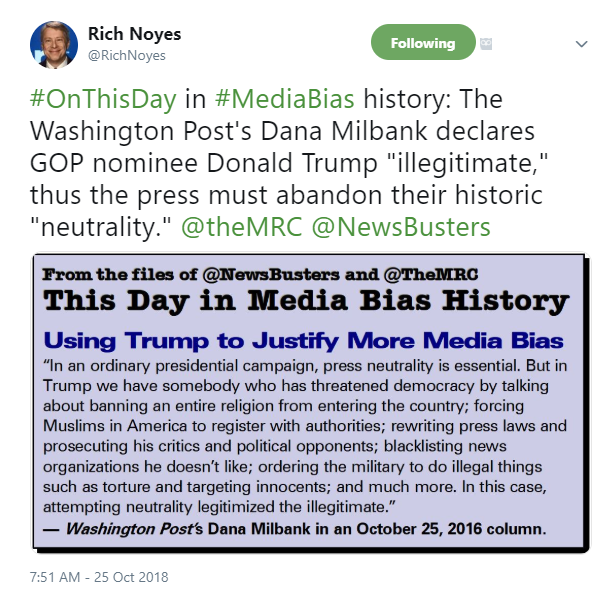 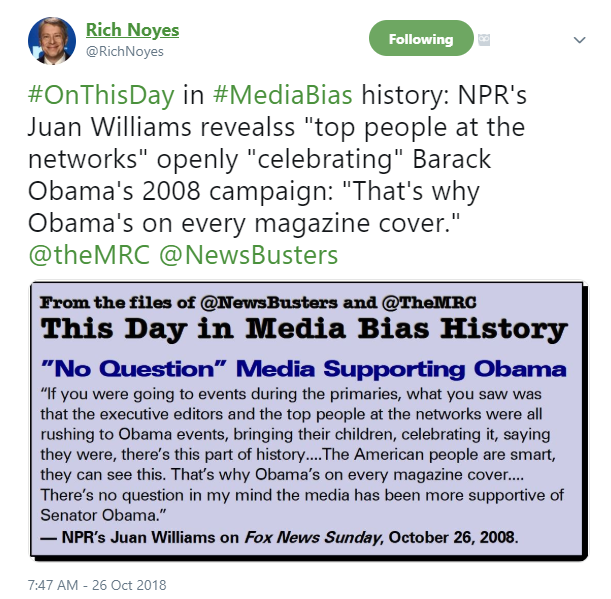