This Week in Media Bias History: Fantasizing About Death of Rush Limbaugh

Remember when Chris Matthews fantasized about the death of Rush Limbaugh? Describing the conservative radio host as a James Bond villain, Matthews on October 13, 2009 fumed, “Rush Limbaugh is looking more and more like Mr. Big, and at some point somebody's going to jam a CO2 pellet into his head and he's going to explode like a giant blimp.”

The journalist added the slightest of caveats: “Of course, it is impossible to say whether that’s a true measure of the Iraqi people’s feelings.” You think, David?

Below are Rich Noyes’s collected tweets from the 42nd week of This Day in Media Bias History. To get the latest daily examples, be sure and follow Noyes on Twitter. (To see full recaps of the first 41 weeks, go here.) 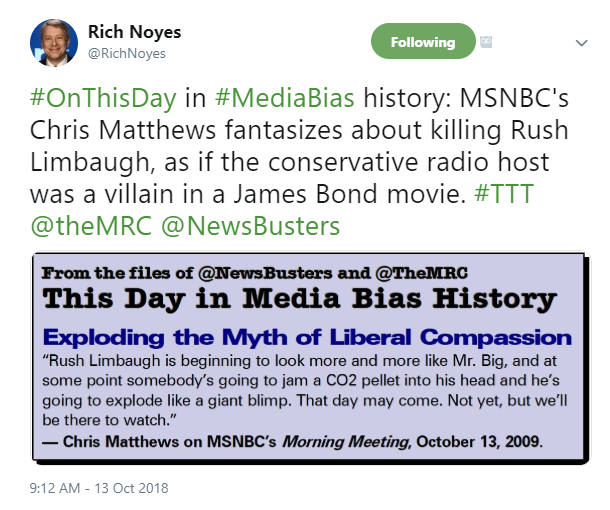 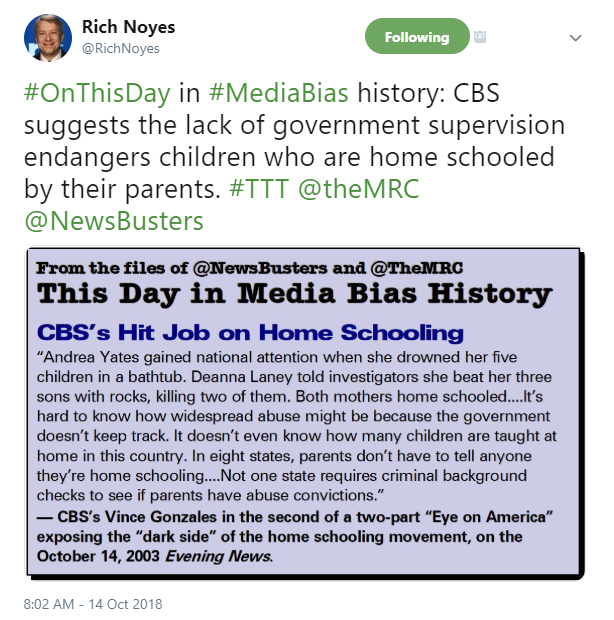 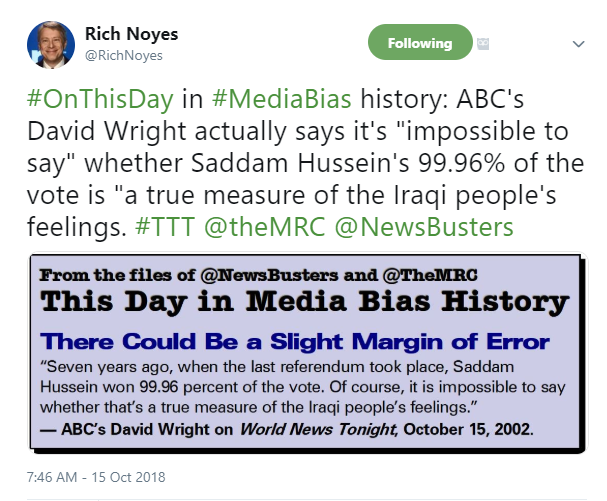 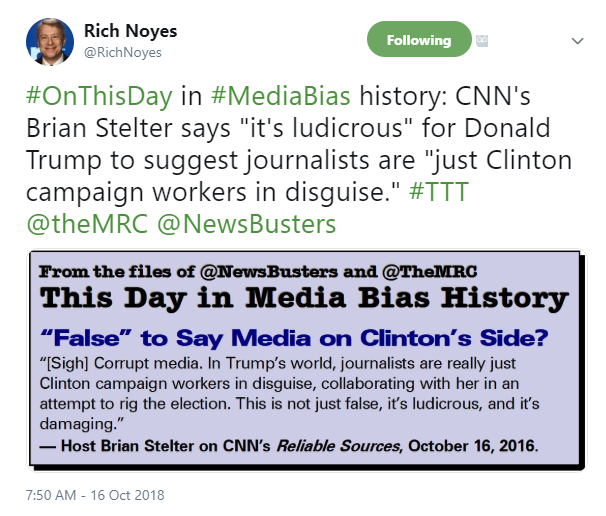 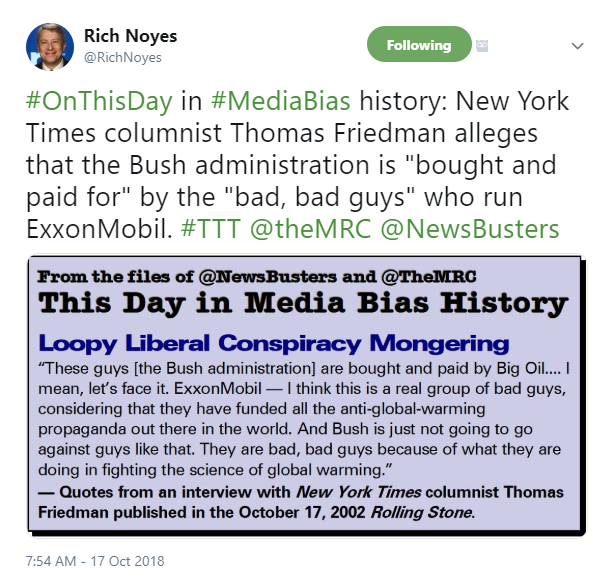 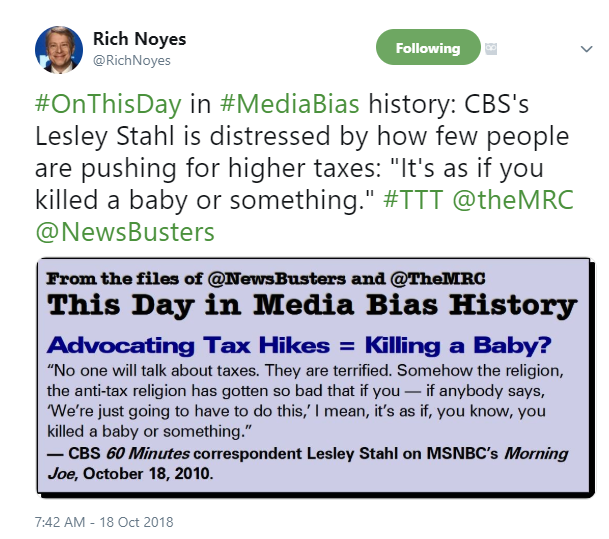 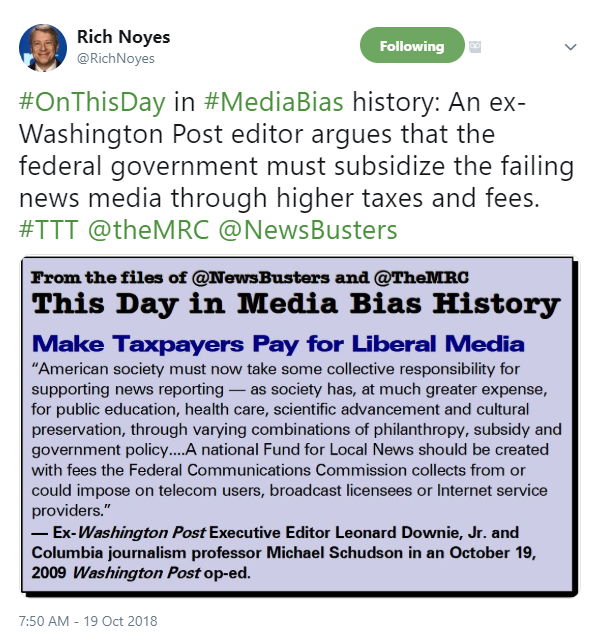