This Week in Media Bias History: ‘Radical Christianity’ Is the Real Threat

Rosie O’Donnell is a radical leftist and 9/11 truther conspiracy nut. But for some reason, ABC TWICE made her a co-host of The View. We just observed the 17th anniversary of 9/11. So, it’s important to remember this quote from O’Donnell on September 12, 2006: “Radical Christianity is just as threatening as radical Islam in a country like America.”

On September 10, 2006, the late Andy Rooney, then a 60 Minutes journalist blamed the U.S. for terrorist attacks on the country: “It might be better if we figured out how to behave as a nation in a way that wouldn’t make so many people in the world want to kill us.”

Below are Rich Noyes’s collected tweets from the 37th week of This Day in Media Bias History. To get the latest daily examples, be sure and follow Noyes on Twitter. (To see recaps of the first 36 weeks, go here.) 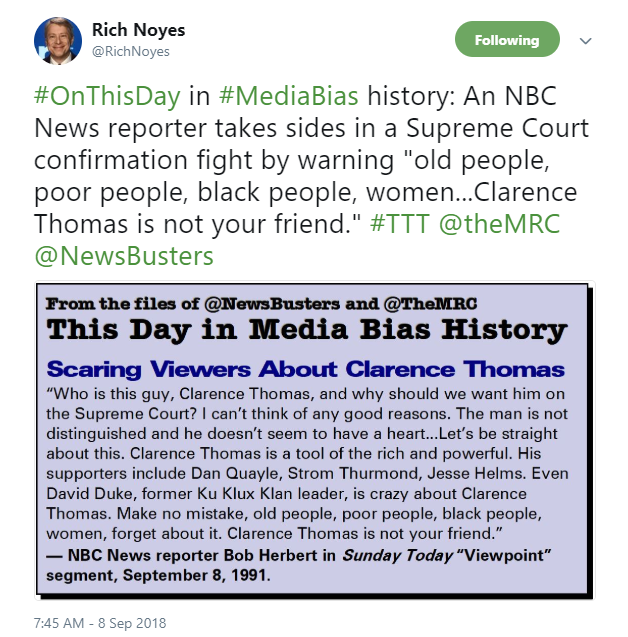 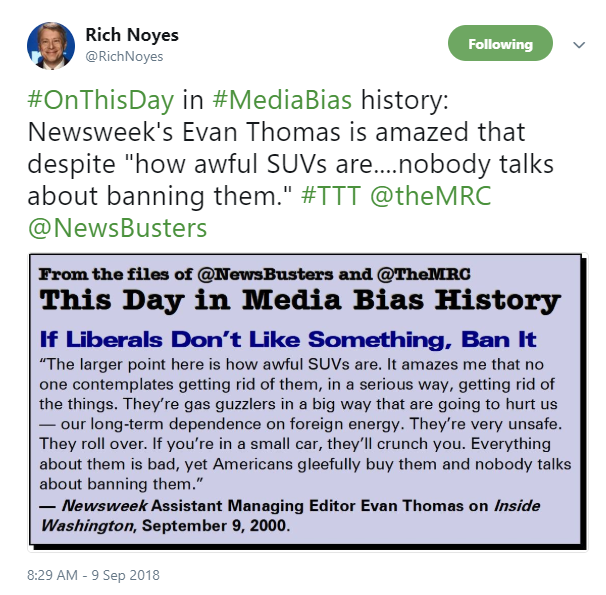 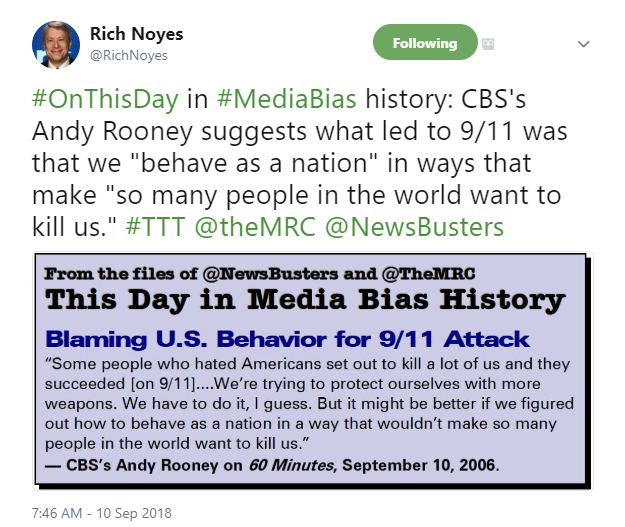 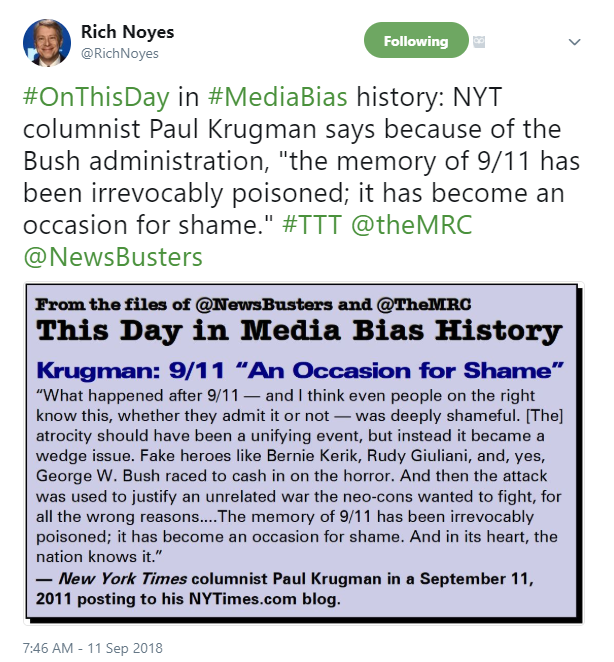 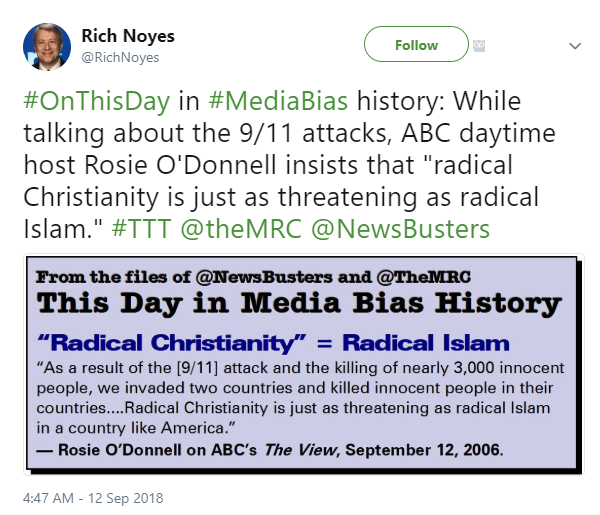 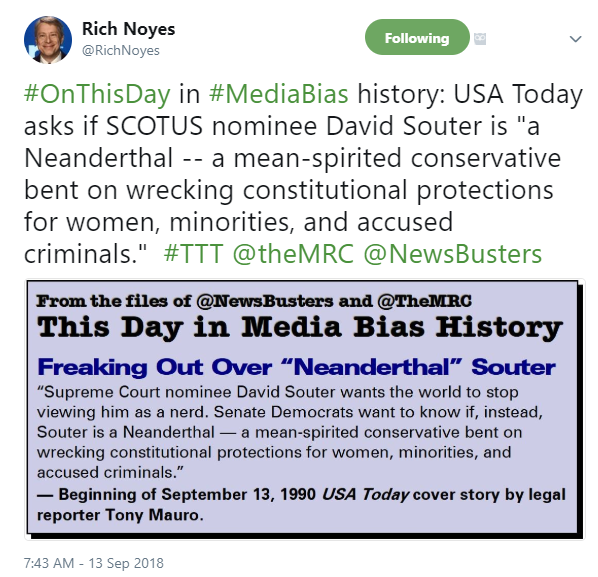 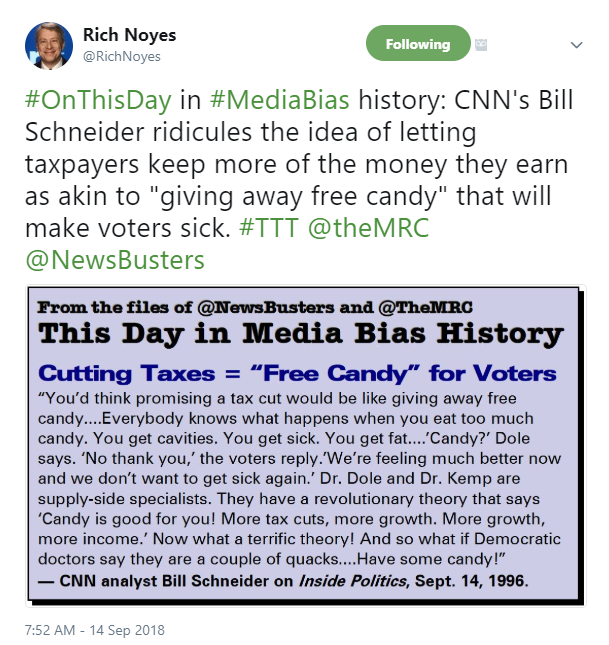