This Week in Media Bias History: Maybe Mary Jo Would ‘Feel It was Worth It’

The level to which some members of the media would go in order to excuse or explain away the reprehensible conduct of Ted Kennedy still amazes. On August 27, 2009, journalist Melissa Lafsky, who at one time worked for the New York Times’s Freakonomics blog, wrote this about Mary Jo Kopechne, a woman Kennedy left to drown in 1969:

Mary Jo wasn't a right-wing talking point or a negative campaign slogan.... We don't know how much Kennedy was affected by her death, or what she'd have thought about arguably being a catalyst for the most successful Senate career in history.... [One wonders what] Mary Jo Kopechne would have had to say about Ted's death, and what she'd have thought of the life and career that are being (rightfully) heralded. Who knows -- maybe she'd feel it was worth it.

Below are Rich Noyes’s collected tweets from week 35 of This Day in Media Bias History. To get the latest daily examples, be sure and follow Noyes on Twitter. (To see recaps of the first 34 weeks, go here.) 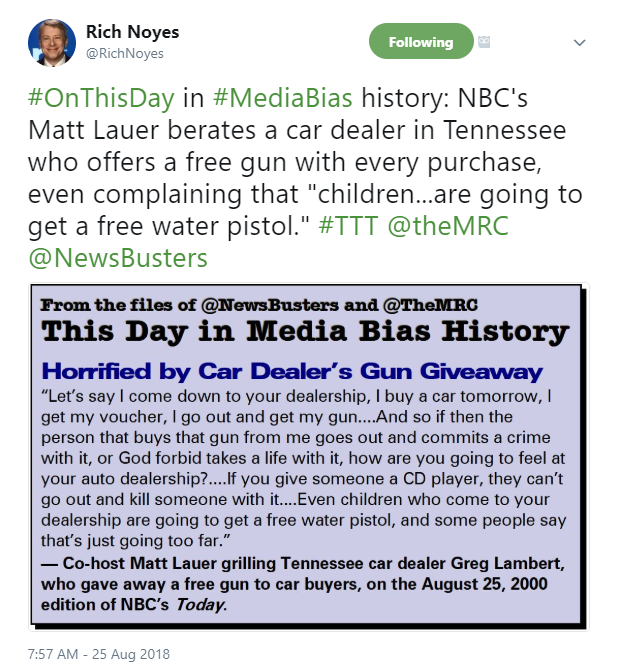 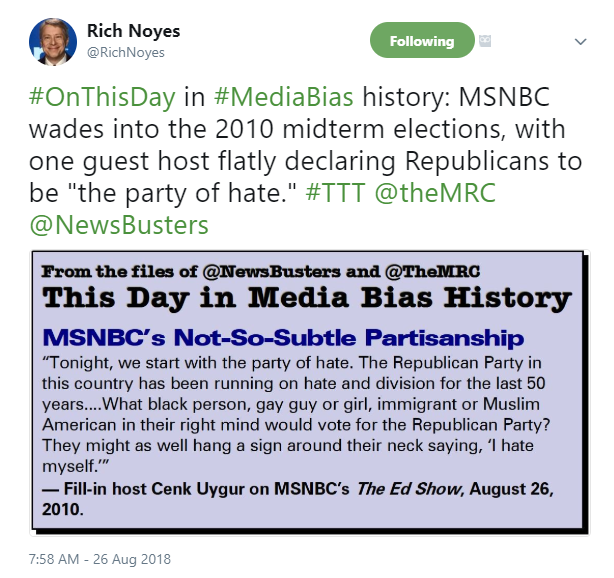 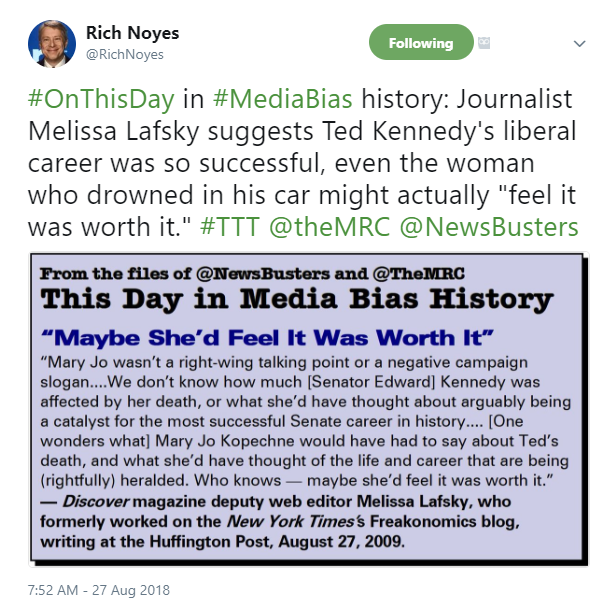 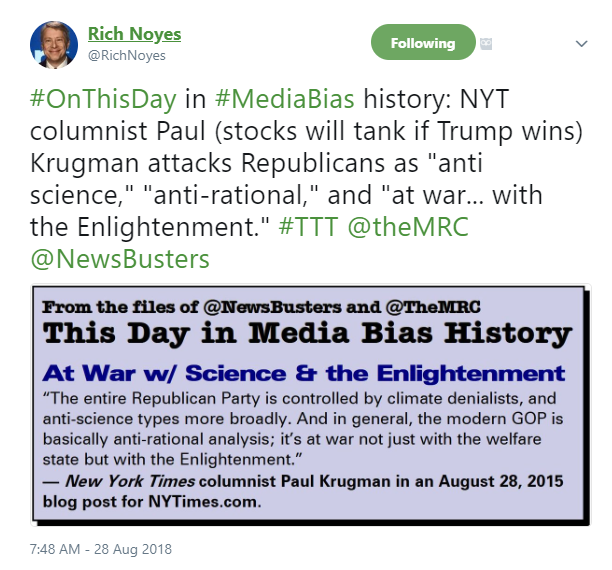 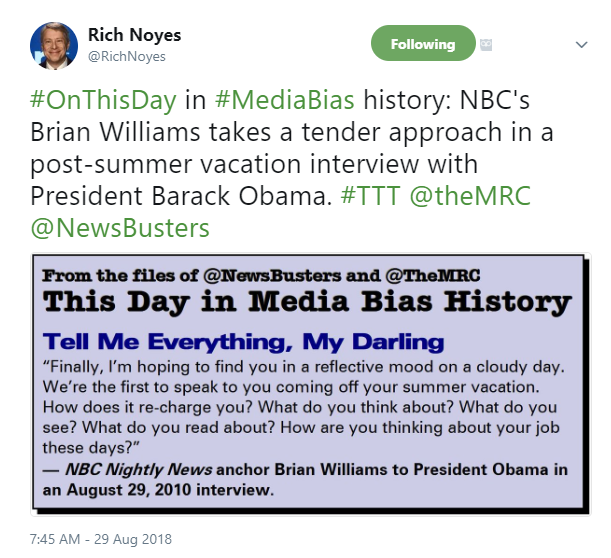 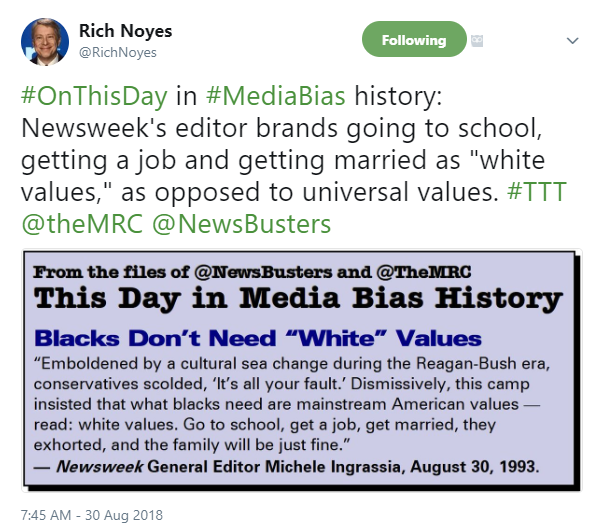 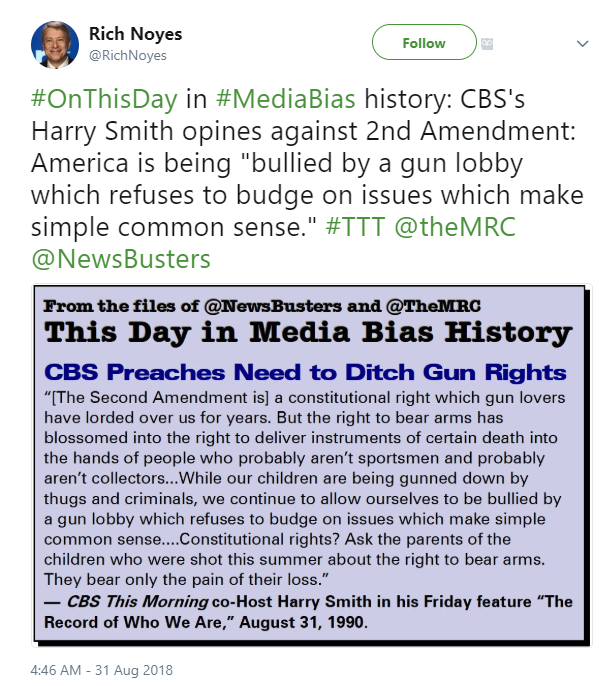